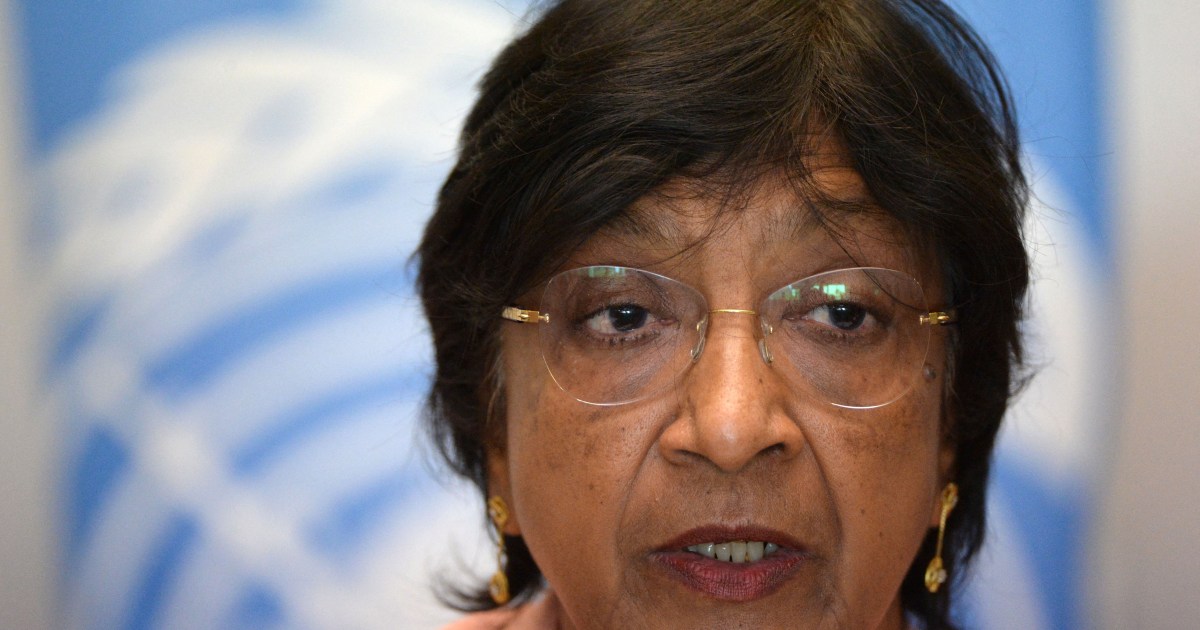 Navi Pillay will lead an investigation into ‘systematic’ abuses in occupied Palestinian territories and Israel.

Former United Nations rights chief Navi Pillay will lead the UN’s open-ended inquiry into “systematic” abuses in Israel and the occupied Palestinian territories, it has been announced.

The president of the UN Human Rights Council said on Thursday that Pillay would lead a three-person investigation intended to scrutinise abuses and their “root causes” in the decades-long Middle East conflict.

The probe was triggered during a special session of the council focused on the surge in deadly violence between Israelis and Palestinians in May.

A commission of inquiry (COI) is the highest-level investigation that can be ordered by the Human Rights Council.

The Geneva-based council held a special session on May 27.

The commission was tasked with investigating “all underlying root causes of recurrent tensions, instability and protraction of conflict, including systematic discrimination and repression based on national, ethnic, racial or religious identity”.

The commissioners were mandated to get to the facts and circumstances surrounding violations and identify those responsible “with a view to ensuring that perpetrators of violations are held accountable”.

While the council has previously ordered eight investigations into rights violations committed in the occupied Palestinian territories, this is the first with a mandate to examine “root causes” and probe systematic abuses.

The COI is set to report to the Human Rights Council each year from June 2022.

This commission is the first-ever open-ended COI – others like the one on Syria need their mandates renewed every year.

The news follows a ceasefire announced on May 21 after at least 250 Palestinians and 13 people in Israel were killed in fierce fighting, which saw Israel carry out air strikes across the besieged enclave and Palestinian fighters in Gaza fire rockets towards Israeli cities.

Michelle Bachelet, the UN High Commissioner for Human Rights, told the council at the time that deadly Israeli strikes on Gaza might constitute war crimes and that Hamas – the Palestinian group that rules Gaza – had violated international humanitarian law by firing rockets into Israel.

Israel rejected the resolution adopted by the Geneva forum at an emergency special session and said it would not cooperate.

Pillay, a South African former judge, served as the UN high commissioner for human rights from 2008 to 2014.

She will be joined by Miloon Kothari of India, the first UN special rapporteur on adequate housing, and Australian international human rights law expert Chris Sidoti.