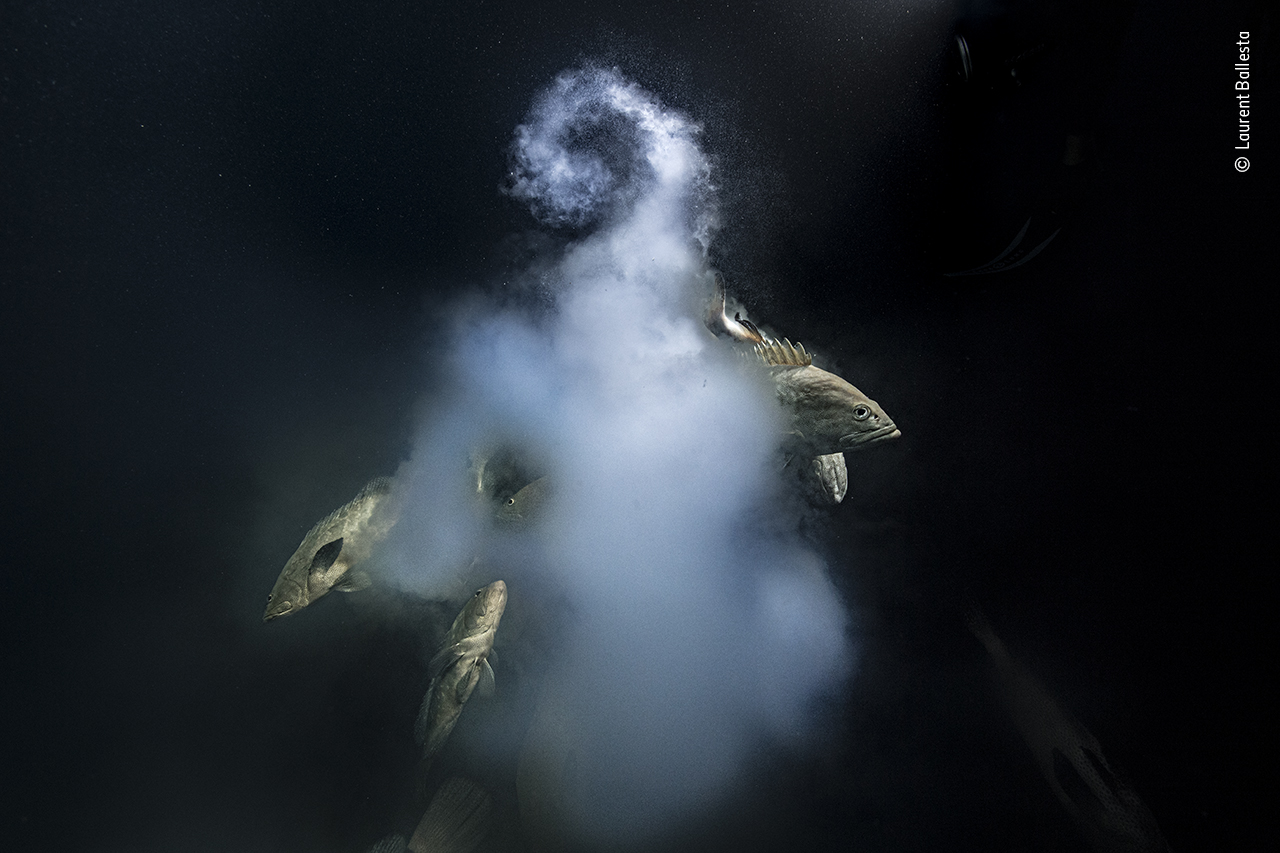 A striking photo capturing the “explosive creation of life” of spawning groupers beat more than 50,000 other photographs to win the grand prize at the 2021 Wildlife Photographer of the Year competition.

The underwater image, called “Creation,” shows camouflage groupers (Epinephelus polyphekadion), a species vulnerable to extinction, emerging from a cloud of eggs and sperm in Fakarava, French Polynesia, in the South Pacific Ocean.

Laurent Ballesta, an underwater photographer and biologist, took the photo on a diving trip to the Fakarava lagoon to see the groupers’ spawning event, which occurs in July each year around a full moon.

“The image works on so many levels,” Rosamund Kidman Cox, chair of the Wildlife Photographer of the Year judging panel, said in a statement. “It is surprising, energetic, and intriguing and has an otherworldly beauty. It also captures a magical moment — a truly explosive creation of life — leaving the tail-end of the exodus of eggs hanging for a moment like a symbolic question mark.”

The camouflage groupers in the photo are some of the 20,000 fish that congregate every year in a narrow southern channel linking the lagoon with the ocean. Once they congregate, the females release their eggs and the males fertilize them with sperm in the water.

Camouflage groupers are vulnerable to extinction due to overfishing and capture for the live reef fish trade in Hong Kong, according to the International Union for Conservation of Nature (IUCN). The groupers in Fakarava are safe from overfishing, as they are in a protected biosphere reserve where such fishing is banned.

“Laurent Ballesta’s ‘Creation’ is a compelling reminder of what we stand to lose if we do not address humanity’s impact on our planet,” said Doug Gurr, director of the Natural History Museum, London. “The protection provided to this endangered species by the biosphere reserve highlights the positive difference we can make.”

The museum is accepting entries for next year’s competition from Oct. 18 to 6:30 a.m. ET on Dec. 9. There is an entry fee of about $41 (30 British pounds), but it will be waived for people from 50 countries that are underrepresented in the competition, such as Afghanistan and the Democratic Republic of the Congo.

Patrick is a staff writer for Live Science. His background is in wildlife conservation and he has worked with endangered species around the world. Patrick holds a master’s degree in international journalism from Cardiff University in the U.K. and is currently finishing a second master’s degree in biodiversity, evolution and conservation in action at Middlesex University London.