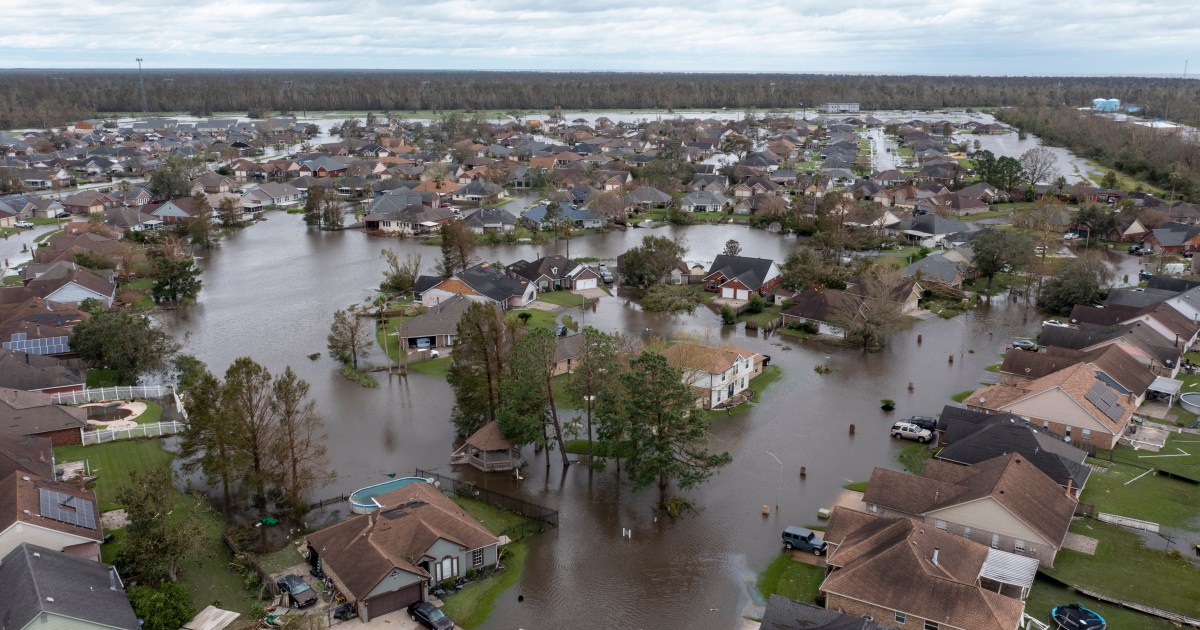 The US president made the comments while touring western states ravaged by wildfires as another hurricane battered southern states.

President Joe Biden predicted extreme weather events are set to cost the United States more than $100bn this year after a series of raging wildfires and punishing hurricanes wrought havoc across the country.

He made the stark estimate while visiting Colorado on Tuesday to highlight drought conditions and blazing fires that have ravaged the US West.

“We have to make the investments that are going to slow our contributions to climate change, today, not tomorrow,” Biden said.

He made the comments after touring the National Renewable Energy Laboratory in Golden, Colorado, the last stop on a three-state western tour in which the president visited California and Idaho, where global warming has scorched the region’s landscape even as states in other parts of the country battle hurricanes and storms that have caused flash floods and killed dozens.

Biden sought to build support for his administration’s infrastructure spending plans aimed at fighting the growing threat of climate change.

On Monday, Biden said the economic damage caused by extreme weather cost the US $99bn last year, before predicting on Tuesday the price tag would come in at more than $100bn for 2021.

“Even if it’s not in your back yard, you feel the effects,” he said.

He spoke as Tropical Storm Nicholas battered the coasts of Texas and Louisiana on Tuesday, flooding streets and leaving hundreds of thousands of homes and businesses without power. Hurricane seasons have proven particularly ruthless in recent years.

Biden’s trip was part of a larger attempt to tap into voter concerns about climate to gain popular support for a $3.5 trillion spending plan that is being negotiated in the US legislature.

Republicans oppose the bill, citing its price tag and tax rises for the wealthy to pay for it.

Pursuing that strategy would involve buy-in from all Democratic legislators in the Senate, an obstacle that may prove insurmountable for the party.