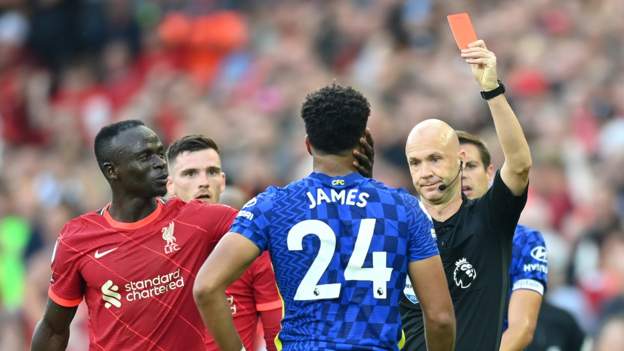 Chelsea have been fined £25,000 by the Football Association for failing to control their players following Reece James’ red card at Liverpool in August.

Referee Anthony Taylor sent James off for a goal-line handball which led to Mohamed Salah levelling from the spot.

The Chelsea players were angered by Taylor’s decision, insisting the ball had struck the England full-back’s thigh before hitting his arm.

“Chelsea FC has been fined £25,000 for two breaches of FA rule E20.1 which occurred during their Premier League fixture against Liverpool FC on Saturday 28 August 2021,” read the FA’s statement.

“The club admitted failing to ensure that its players conducted themselves in an orderly fashion during both the 48th minute of the first half and following the half-time whistle.”

The 1-1 draw at Anfield saw both sides maintain their unbeaten starts to the Premier League season.