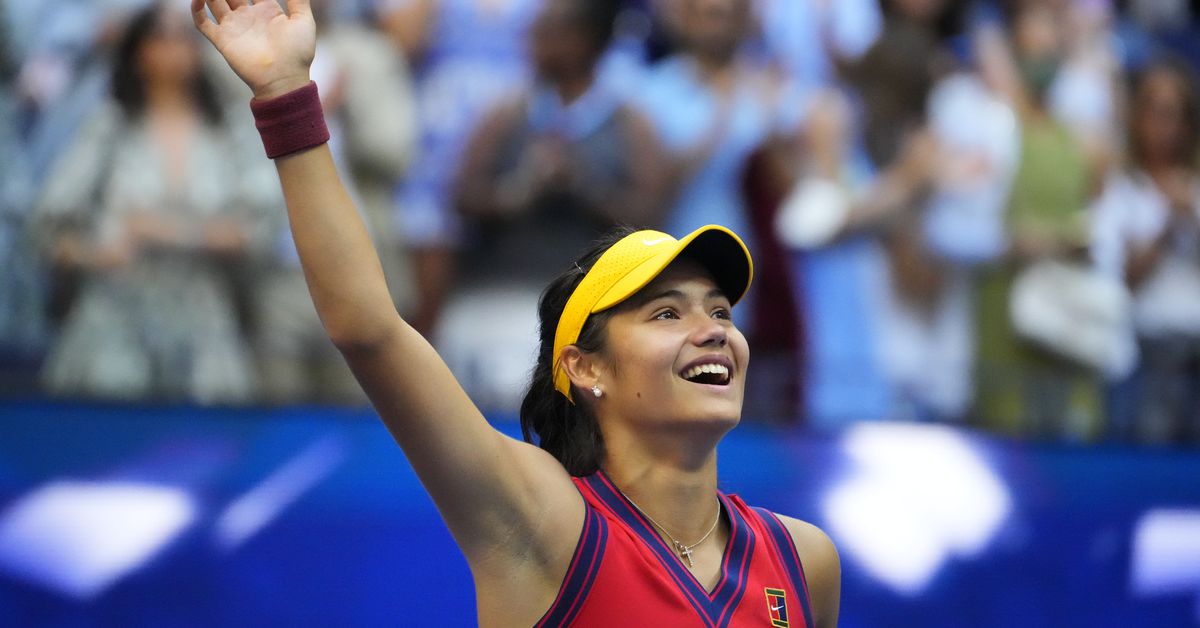 * Turned professional in 2018, reaching the top 20 at the junior level.

* Made her WTA tournament debut at the grasscourt event in Nottingham in June 2021.

* Came to prominence when she made her Grand Slam main draw debut at Wimbledon in July 2021. After entering the tournament as a wildcard ranked 338th in the world, she progressed to the fourth round where she retired against Australian Ajla Tomljanovic after suffering breathing difficulties.

* Ranked 150th in the world, she became first qualifier to win a Grand Slam title. She won the U.S. Open title without dropping a set — either in qualifying or in her seven main draw matches.

* Became the first British woman to win the U.S. Open since Virginia Wade triumphed in 1968 and the first to capture a Grand Slam title since Wade won Wimbledon in 1977.

* Projected to move up to 24th in the world rankings on Monday after winning the U.S. Open, ending Johanna Konta’s 310-week reign as the top ranked British woman.