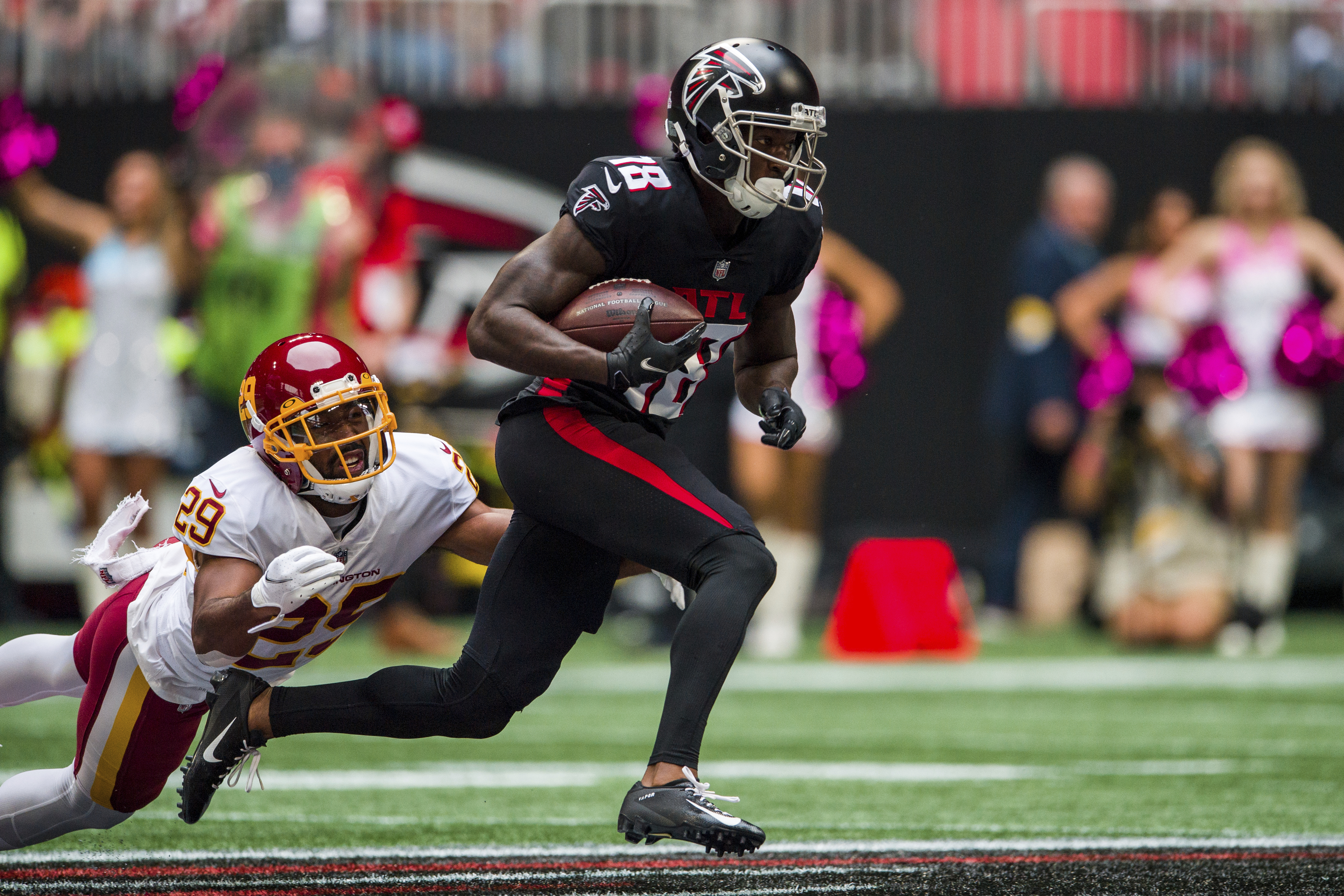 Atlanta Falcons star Calvin Ridley announced Sunday he will step away from football after being inactive for his team’s game against the Carolina Panthers:

Ridley was a surprise inactive for Week 8, with ESPN’s Adam Schefter reporting the receiver will not play because of a personal matter.

The wideout was also inactive in Week 5 for the same reason, per Schefter, missing the team’s trip to London.

The 26-year-old has 31 catches for 281 yards and two scores in five games this season.

There were high expectations for Ridley entering the year after a breakout 2020 in which he totaled 90 catches for 1,374 yards and nine touchdowns. He was projected for even better numbers in 2021 after the Falcons traded star receiver Julio Jones, allowing Ridley to become the true No. 1 option.

The 2018 first-round pick is now stepping away indefinitely after a relatively quiet start to the season.

The announcement comes after Philadelphia Eagles offensive tackle Lane Johnson opened up about his depression and anxiety on Fox NFL Sunday:

.@JayGlazer and @Eagles OT @LaneJohnson65 sat down to have an open conversation about mental health and the every day struggles that impact people that suffer from anxiety and depression. pic.twitter.com/CeKGYVCfGW

The Pro Bowler missed three games this season because of a personal issue before returning in Week 7.