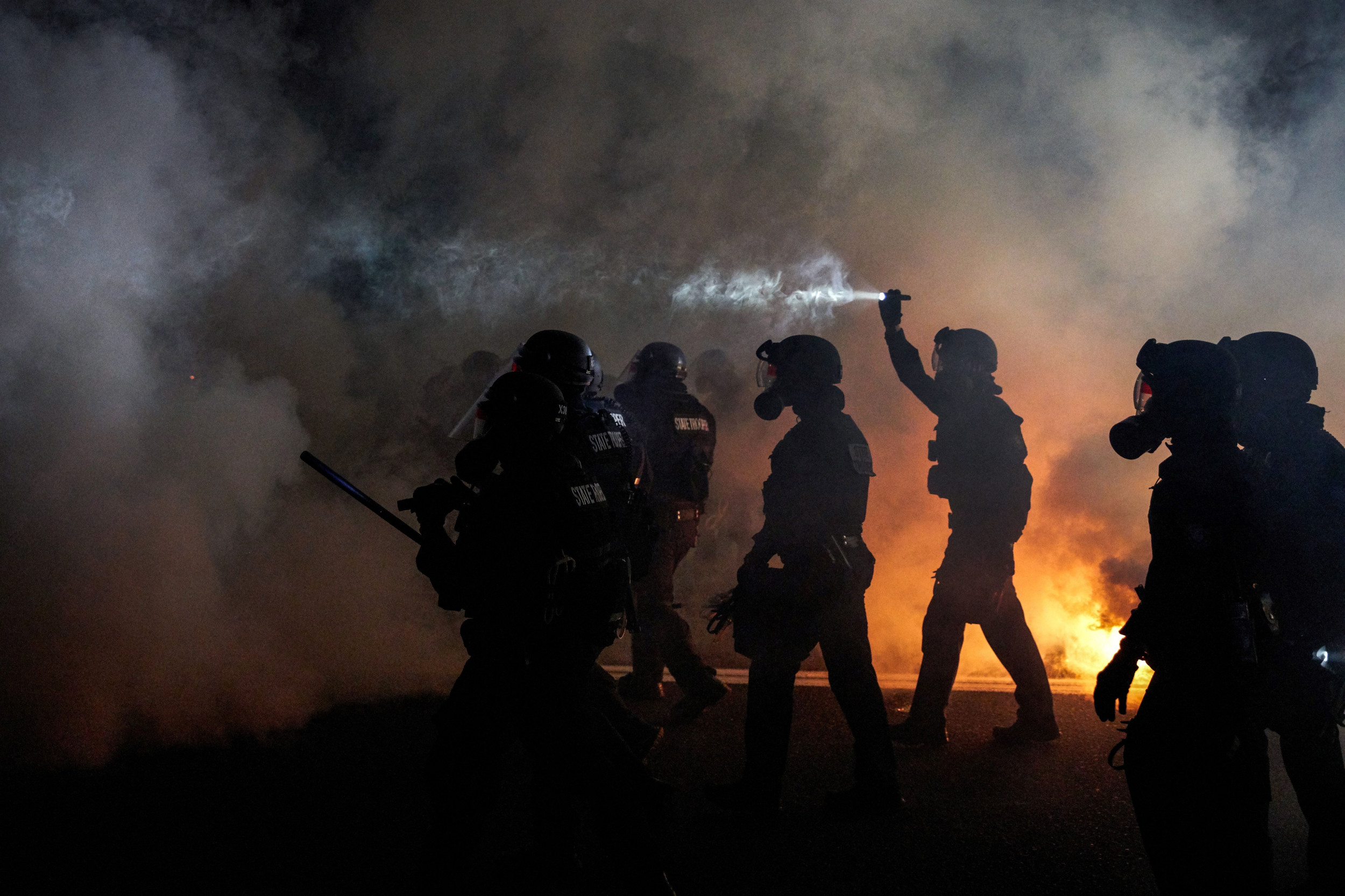 The family of a right-wing activist who was fatally shot during a clash with a left-wing group last summer in Portland, Oregon, is suing the city, claiming its “hands-off approach” to protests allowed the shooting to occur.

Filed in federal court Friday, the lawsuit alleges the city’s approach to political demonstrations fostered a “culture of vigilante policing” between opposing forces, which allowed the shooting death of Aaron Danielson, 39, to occur, the Associated Press reported.

Danielson was fatally shot in the chest during a clash with left-wing protesters on August 29, 2020.

“We are seeking justice for the preventable death of a young man, gunned down in a city with a dangerous and deadly hands-off approach to public safety,” Christopher Cauble, the estate’s attorney, said in a statement. “Time and time again, City leadership and law enforcement have failed to find an effective response to clashing groups of protesters.”

The suit accused Multnomah County District Attorney Mike Schmidt of playing a role by broadcasting a new policy last summer of not pursuing public order crimes including criminal mischief, interfering with an officer, or a stand-alone riot charge.

Police were allegedly less than two blocks away from the shooting but were following orders not to get involved between dueling demonstrators.

“Given the enormity of the press coverage over the past several years regarding clashes between left- and right-leaning protest groups in the downtown core of Portland, Defendants knew or should have known that violent clashes would occur,” Cauble wrote in the suit.

The man accused of shooting Danielson, Michael Forest Reinoehl, 48, was killed by U.S. marshals days later in Washington. He had said he acted in self-defense, telling Vice News: “I had no choice. I mean, I, I had a choice. I could have sat there and watched them kill a friend of mine of color. But I wasn’t going to do that.”

Video shows Reinoehl allegedly firing two gunshots as Danielson was walking downtown after a rally, the AP reported. Danielson allegedly deployed bear spray at Reinoehl in response to the gunshots.

Last year, millions of people protested in the wake of the killing of George Floyd in Minneapolis. While many demonstrations were peaceful, some violent protests in Portland drew national attention.

Newsweek reached out to the City of Portland and the Multnomah district attorney’s office for comment Saturday afternoon, but had not heard back by publication. This story will be updated with any response.