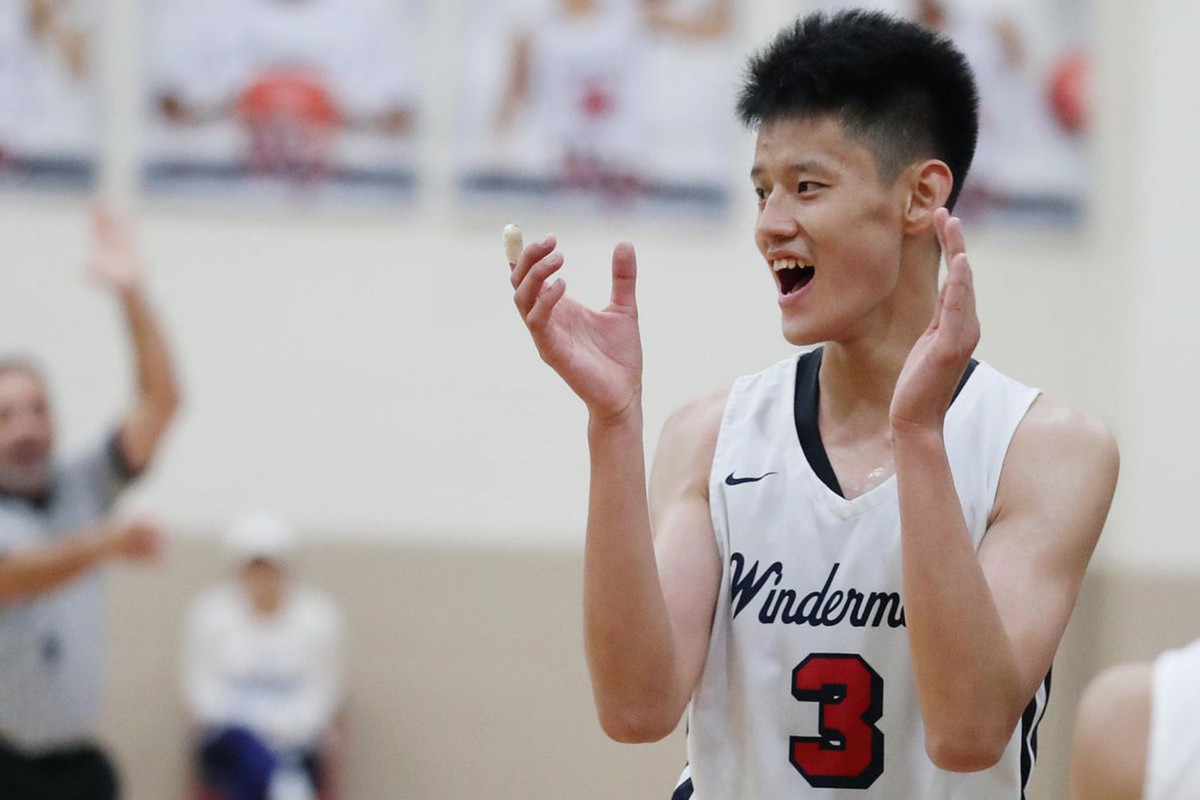 Highly regarded prospect Fanbo Zeng signed with the NBA G League Ignite team Wednesday and will declare for the 2022 NBA draft, according to ESPN’s Jonathan Givony.

Zeng is a skilled forward originally from China who told Givony he now stands 6’11” and weighs 198 pounds. Zeng also told Givony: “This is the best and fastest way to become a pro, and also get better every day. This was the best decision I could make while I was in China. I’m not saying the NCAA isn’t good—just that the G League is the best way for me.”

After making the move from China to the United States, Zeng played high school basketball in Oregon and Florida, and most notably played at Windermere Prep in Windermere, Florida.

He moved back to China at the start of the COVID-19 pandemic and committed to play college basketball at Gonzaga in November 2020, but he decommitted five months later.

Per the 247Sports composite, Zeng is a 4-star prospect, the No. 76 recruit nationally and the No. 18 recruit at the power forward position in the 2021 class.

According to Givony, Zeng became a highly sought-after recruit following his sophomore season at Windermere Prep in 2019-20 when he averaged 15.5 points, 7.2 rebounds, 2.6 blocks and 2.1 assists per game while shooting an impressive 47 percent from three-point range.

Zeng is a rare talent in that he is pushing 7 feet tall but has the ability to score from anywhere on the floor, including from beyond the arc.

The G League Ignite team has become a popular landing spot for high-end recruits in recent years and an alternative to playing one year of college basketball.

Zeng is one of several players on the Ignite roster this season with a chance to go in the first round of the 2022 NBA draft, along with Jaden Hardy, Dyson Daniels, Michael Foster and MarJon Beauchamp.

In the 2021 NBA draft, G League Ignite players Jalen Green (No. 2 overall) and Jonathan Kuminga (No. 7 overall) were lottery picks.