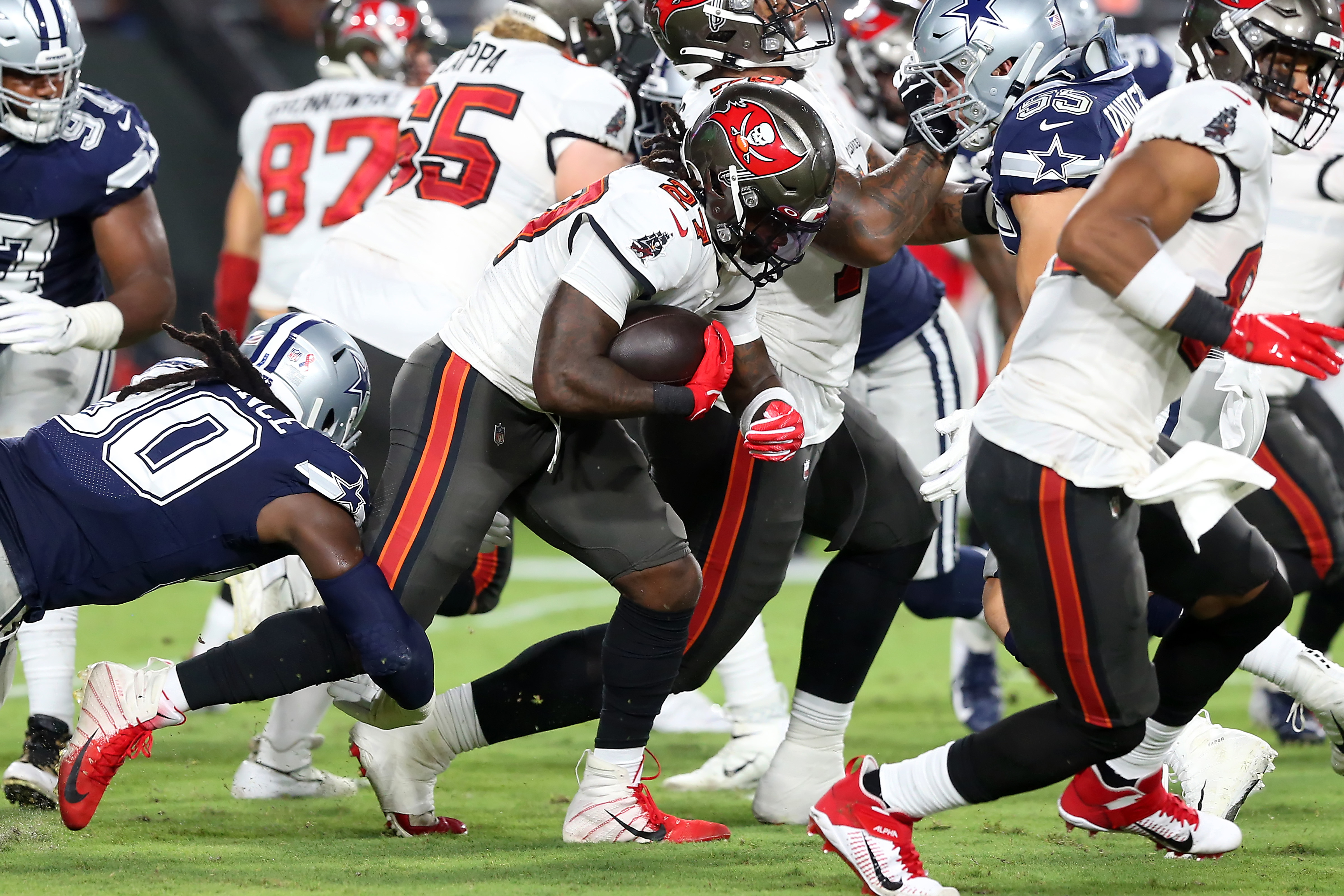 Ronald Jones II fumbled early in the Tampa Bay Buccaneers’ Week 1 win over the Dallas Cowboys and largely fell out of the game plan after that, rushing just four times for 14 yards in total.

But head coach Bruce Arians said Jones will start in a Week 2 showdown with the Atlanta Falcons:

I asked Bruce Arians about Ronald Jones being able to recover from his mistakes (Arians said Friday he didn’t think he’d gotten over his fumble during the game) and Arians said, “Rojo was ready” and “he’s starting this week and he’ll be ready to roll.”

Jones, 24, has had an up-and-down start to his NFL career.

After being a second-round pick by the Bucs in the 2018 NFL draft he barely played as a rookie, registering just 44 yards and a score. He played more in 2019, however, rushing for 724 yards and six touchdowns while also catching 31 passes for 309 yards.

And last year he was a major part of the team’s offense, rushing for 978 yards and seven touchdowns as the between-the-tackles component of the team’s backfield duo with Leonard Fournette, who served as more of a receiving threat.

But while Jones found himself in the doghouse on Thursday night, Fournette served as the team’s primary back, rushing nine times for 32 yards while adding five catches for 27 yards.

The Bucs didn’t run much, period—Tom Brady threw 50 times in the 31-29 win—but it was clear that Jones’ fumble all but ended his participation in the game. For fantasy players, it’s 100 percent a situation to monitor going forward, though Arians’ comments that Jones will remain the starter will serve as some comfort.

OC Byron Leftwich on RB Ronald Jones: “I’m not worried about Ro at all.”

Jones was always a flex option in fantasy given the presence of Fournette, which lowered Jones’ fantasy ceiling, but Week 2 against the Falcons will answer the question of whether he’s a flex option actually worth starting or not.