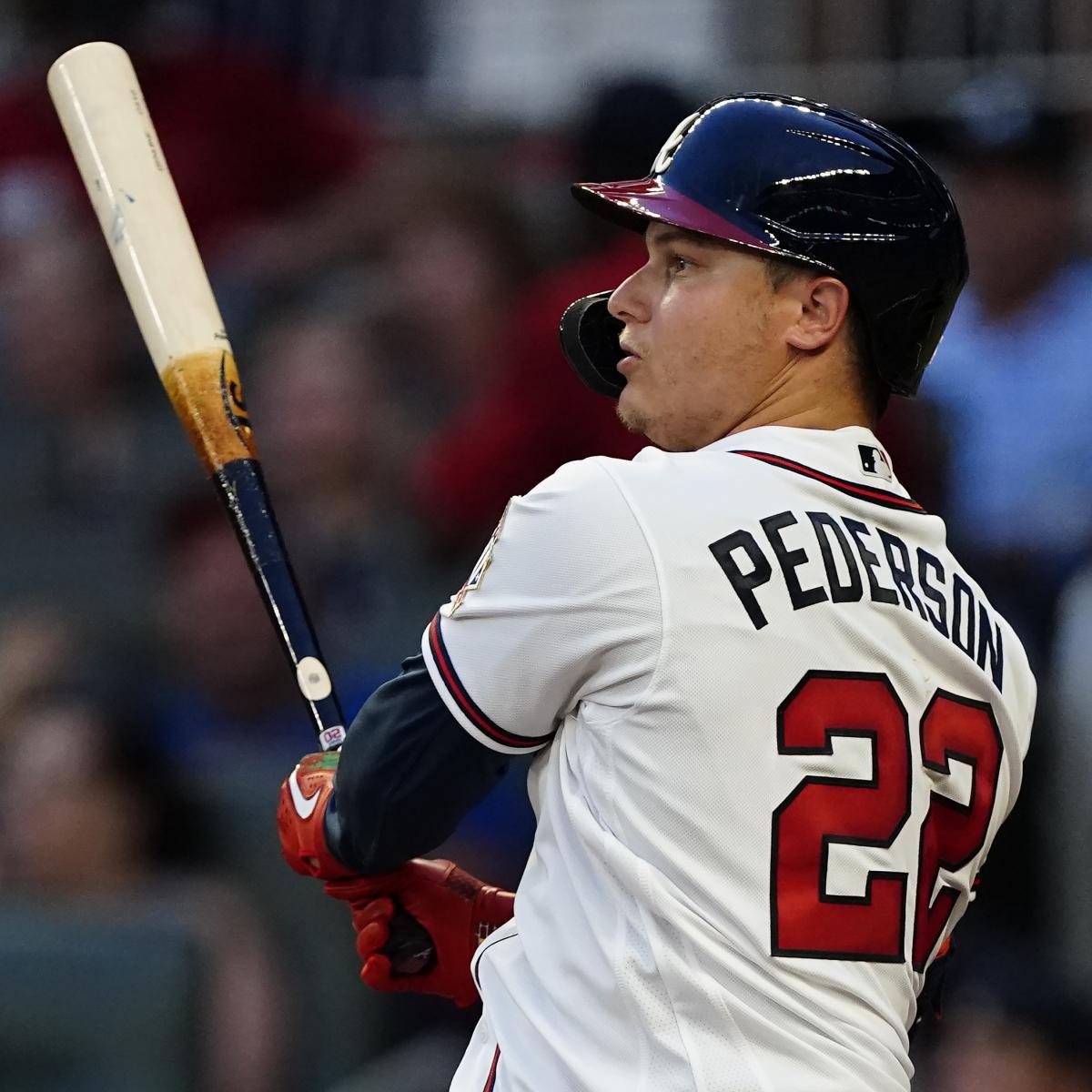 It seems like the deeper we probe into the 2021 season, the bigger the names are being impacted by medical issues.

Ronald Acuna Jr. is out for the season with a torn ACL. Jacob deGrom is sidelined indefinitely by right forearm tightness. Clayton Kershaw lacks a return date from his bout with left elbow soreness.

These are stars in fantasy baseball (and the real-world version). If you roster any of them, you’re reeling from these losses.

While the waiver wire can’t come close to offering mirror-image replacements, the following three sleepers—available in 50-plus percent of Yahoo leagues, per FantasyPros—could strengthen your club for Week 18.

If you’re hurting for strikeouts, then Tyler Anderson isn’t your answer.

But if you want a quality pitcher who consistently limits the damage done against him, this could be a worthwhile, high-floor investment.

On Monday night, the 31-year-old allowed three earned runs in six innings. It was his fifth consecutive outing with three earned runs or fewer and eighth such performance in his last nine trips to the mound. Four of his last seven showings have resulted in quality starts.

This stretch has increased Anderson’s trade value, which hangs a bit of uncertainty over his future with next week’s deadline looming. But either way, fantasy managers should be in good shape.

Either he stays in Pittsburgh past the deadline and is line for a two-start week, or he makes one final start for the Pirates then joins a better club and increases his chances of winning.

If you’re looking for a rational reason behind Alcides Escobar’s out-of-nowhere emergence, we’ve got nothing. Before surfacing in Washington earlier this month, he hadn’t appeared in an MLB game since 2018.

If you want a guarantee of sustainability, we can’t provide that either. He has a sub-.300 career on-base percentage. Not to mention, he exited Tuesday’s tilt after getting hit by a pitch in the wrist, so you’ll want certainty with his status before making a waiver claim. (X-rays on the wrist were negative at least, so hopefully he’ll return sooner than later.)

But if you’re willing to roll the dice on a hot hand, few are hotter than the 34-year-old. Entering Monday, he had a .316 batting average with a .371 OBP across his first 13 outings. He had six multihit games in that stretch, plus five extra-base hits.

Most appealing, though, is his place atop a red-hot Washington lineup. He has hit leadoff in all but his first two games for the Nationals, giving him prime real estate right in front of Trea Turner and Juan Soto.

In other words, Escobar could score a boatload of runs in a seven-game week.

The Braves are the only team with an eight-game slate next week, so there’s a chance to chase major volume with their hitters.

The only issue is most of their relevant bats are rostered already.

But newcomer Joc Pederson is the exception you should probably be watching. While prone to hot and cold spells, he has made a good impression with Atlanta since arriving in a deal from the Chicago Cubs last week. He homered in his first start and had two hits apiece in his first two full games with the club.

The 29-year-old has also hit out of the leadoff spot in each of the past three games. If he sticks there, he could score plenty of runs with the likes of Freddie Freeman, Ozzie Albies and Austin Riley behind him.