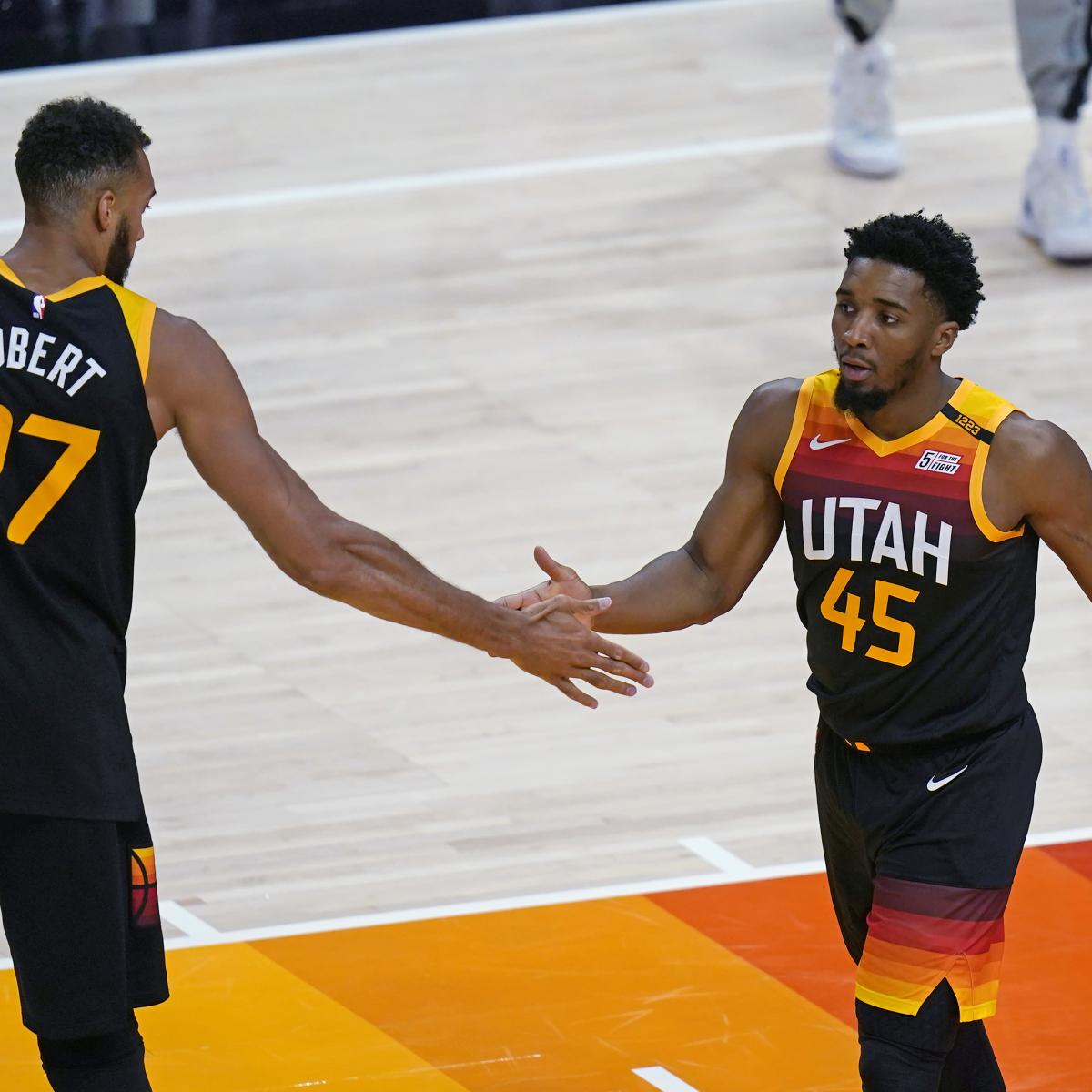 It is apparent which players you can trust in daily fantasy basketball contests from the four teams playing on Thursday night.

Kevin Durant and Kyrie Irving are the obvious choices from the Brooklyn Nets roster, and we can’t blame you for rostering both players and then searching for value at other spots.

Donovan Mitchell was the star of Game 1 between the Utah Jazz and Los Angeles Clippers. At the moment, he is the more trustworthy option than Kawhi Leonard and Paul George.

In fact, George is entering fade territory even with a lackluster list of players beneath him and Mitchell at shooting guard for FanDuel’s two-game main slate contest.

Even if Mike Conley, who is officially listed as questionable, plays in Thursday’s Game 2, Mitchell and the other stars in the Jazz lineup appear to be better plays.

Durant and Irving are once again listed with lower salaries than Giannis Antetokounmpo in FanDuel contests.

The salary listing should be that way for the entire series since the Milwaukee Bucks star has the ball in his hands on a consistent basis.

Durant averaged seven more points per game than Irving during two Games 1 and 2, but Irving had more assists and hit two more three-pointers.

Irving hovered around 40 FanDuel points in each of the last four games, while Durant eclipsed 50 in Game 4 versus the Boston Celtics and Game 1 against Milwaukee.

Although Durant comes at $1,000 more than Irving, he is the better play of the two because of the depth options at point guard.

If you choose Durant over Irving, you can still select Jrue Holiday, Jordan Clarkson or Reggie Jackson to provide decent support for your stars.

Khris Middleton is the primary option beneath Durant at small forward. He had 54 FanDuel points in Games 1 and 2.

Durant is also worth the start above Kawhi Leonard, who has a higher salary at $11,000. Leonard struggled against Utah’s defense in Game 1 and could face a similar struggle in Game 2.

On the other hand, Durant had his way with Milwaukee’s defense and should be trusted to put up a high point total until he slows down.

Mitchell produced back-to-back performances with 50 or more FanDuel points in Game 5 versus the Memphis Grizzlies and the series opener with the Clippers.

At $9,500, Mitchell comes at a reasonable salary to build a Utah lineup stack around him, with or without Conley.

The logical progression in building the stack would be to add Rudy Gobert at $8,800 at center. He is a more reliable option at center than Brook Lopez, Ivica Zubac or Bobby Portis.

Jordan Clarkson ($5,800) should be the third player included in the stack because of his high volume of three-point shots. He went 6-of-14 from deep in Game 1, and he finished the Memphis series with seven more three-point attempts than Mitchell.

The fourth option could be Conley at point guard, but if you do not trust how healthy his hamstring is, you could turn to Bojan Bogdanovic at small forward.

Bogdanovic had 18 points in Game 1, and his production will not be cut into by Conley’s potential presence on the court. Joe Ingles would be the most affected Utah player in that scenario.

Bogdanovic had at least 23 FanDuel points in five of his six playoff games, and he hit the 30-point mark twice.

At $5,400, Bogdanovic carries good value as part of a Utah lineup stack and a secondary small forward option behind Durant.