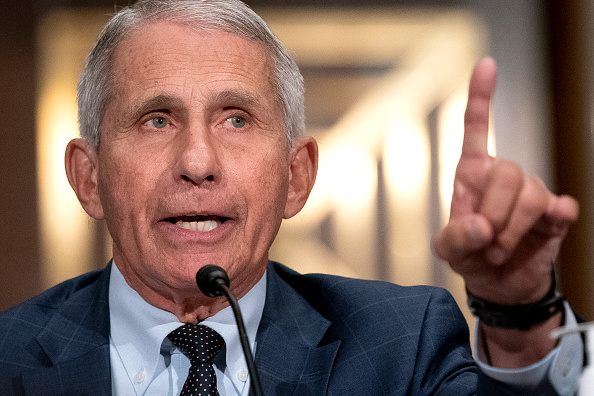 National Institute of Allergy and Infectious Diseases Director Dr. Anthony Fauci and Senator Rand Paul went head-to-head again over the origins of the coronavirus after the Kentucky Republican accused the nation’s leading infectious disease expert of lying to Congress about the Wuhan lab-leak theory.

During a Tuesday Senate hearing, Rand questioned Fauci on an earlier statement he made, in which the doctor testified that the National Institute of Health (NIH), which Fauci oversees, never funded gain-of-function research.

Gain-of-function research involves altering organisms or diseases as a way to increase transmissibility in order for scientists to better predict infectious diseases and develop vaccines.

The senator said that in Shi’s study, she stated that she had received a grant from NIH for her work, which involved combining genetic information from various coronavirus that only infected animals to test transmissibility in humans.

“Senator Paul, I have never lied before the Congress and I do not retract that statement,” Fauci said. “This paper that you are referring to was judged by qualified staff up and down the chain as not being gain-of-function.”

As Paul tried to cut Fauci off, the NIAID director raised his voice and instructed the senator to “let me finish.”

“It’s a dance and you’re dancing around this because you’re trying to obscure responsibility for four million people dying around the world from a pandemic,” Paul said.

In response, Fauci told him, “If the point that you are making is that the grant that was funded as a sub-award from EcoHealth to Wuhan created SARS-CoV-2—that’s what you are getting [at].”

He continued, “I totally resent the lie that you are now propagating, senator, because if you look at the viruses that were used in the experiments that we’re given in the annual reports that were published in the literature, it is molecularly impossible…to result in SARS-CoV-2.”

Paul interrupted Fauci again, saying that he was not claiming that the experiment caused the coronavirus pandemic, but that it involved gain-of-function research funded by Fauci’s agency.

“You are implying that what we did was responsible for the deaths of individuals. I totally resent that and if anyone is lying here, senator, it is you,” Fauci concluded, pointing at Paul.

The two have long battled over the origins of the coronavirus pandemic, with Fauci saying he still believes the natural origins theory to be the most likely while Paul has supported the Wuhan lab leak hypothesis.

Back in May, Paul told Fauci that to figure out the origins of the pandemic, stating, “the U.S. government should admit that the Wuhan Virology Institute was experimenting to enhance the coronavirus’s ability to infect humans.”

However, Fauci has repeatedly disputed Paul’s claims, saying the NIH never funded gain-of-function research and that while he is open to considering all origins of the virus, he believes COVID-19 was most likely the result of natural evolution.

“I keep an open mind and say that we should consider all possibilities until we definitively prove one,” Fauci told CNN’s Jim Acosta on Saturday. “But I, together with many highly qualified vaccinologists, and virologists—including a recent paper by 21 internationally renowned virologists and evolutionary biologists from all over the world—indicate that although we keep an open mind that it’s possible that it could be, as they say, a lab leak, that the most likely explanation is a natural evolution from an animal reservoir to a human.”

Fauci’s remarks come as senior Biden administration officials shifted their tone, suggesting that the Wuhan lab theory may be a credible possibility—unlike a year ago when Democrats had publicly cast doubt on the hypothesis, saying there was no real evidence of a lab leak.

While Fauci’s emails, which were released last month, maintain that there is little evidence that the virus came from a lab, the correspondences have raised questions about U.S. scientists were so quick to dismiss the possibility of a leak.