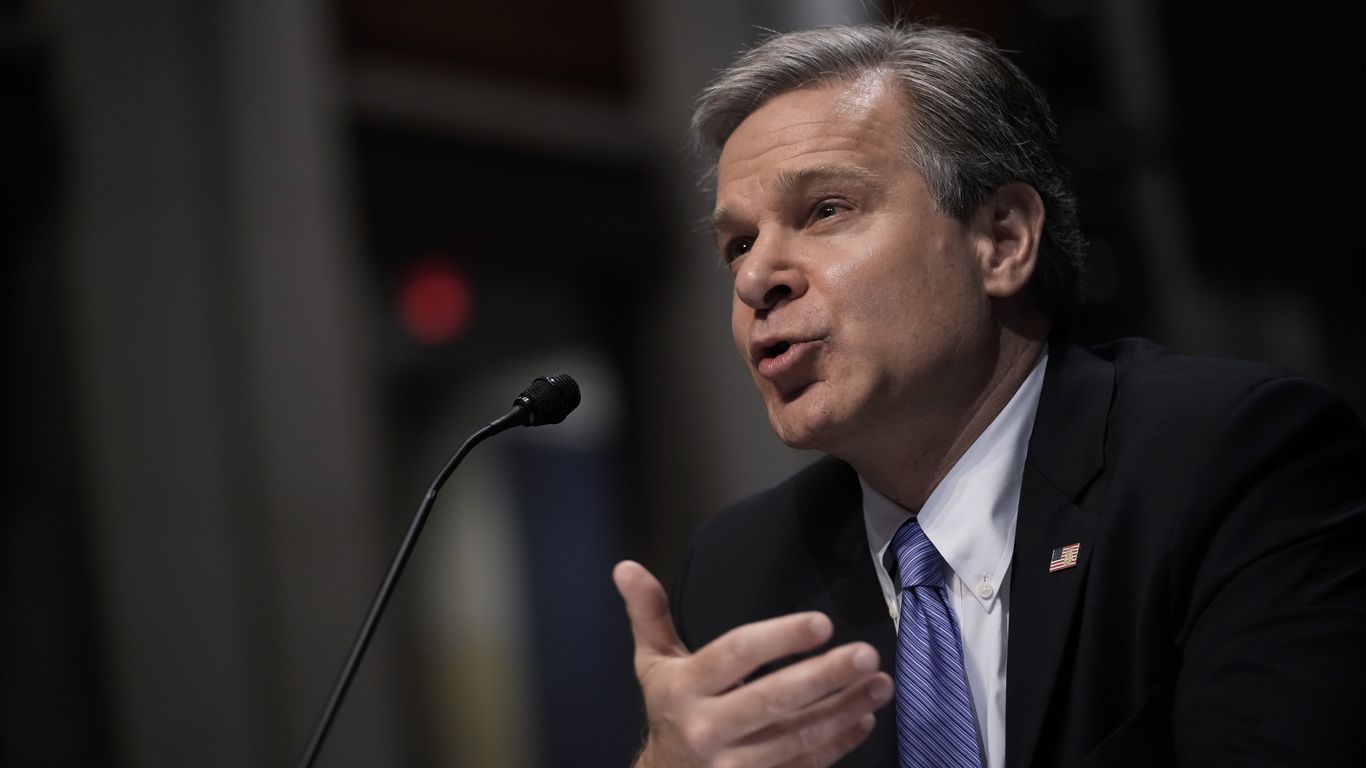 Why it matters: Multiple federal agencies and U.S. businesses — including meat producers and oil pipelines — have been breached this year, raising alarm for the nation’s cybersecurity.

Details: Wray discouraged companies from making ransomware payments, warning that victims of attacks don’t always get back their data, even after paying.

The big picture: The Biden administration has urged businesses to implement stronger measures to prevent ransomware attacks, and the Department of Justice announced this month that it will treat the attacks with similar protocols it uses for terrorism.