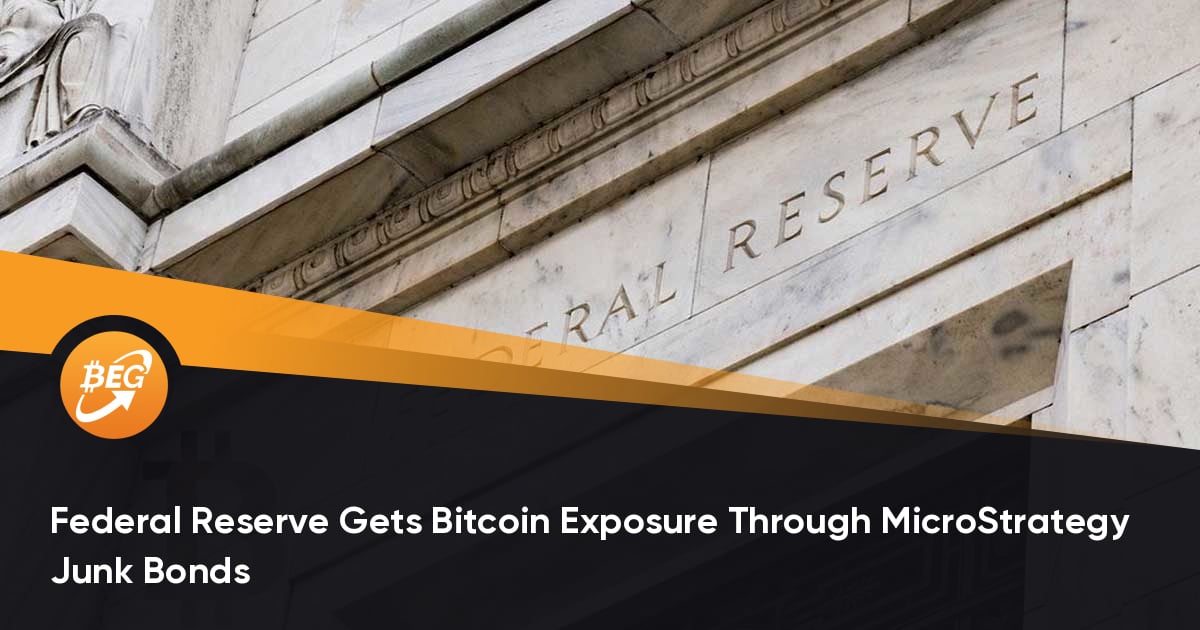 The US central bank may not be crypto-friendly, calling digital currencies very speculative and volatile, but it surely has some Bitcoin exposure although indirectly.

The Federal Reserve is reportedly an early adopter of the first Bitcoin-linked junk bond.

This bond ETF purchase made the Fed the fourth-biggest owner, as of late March, of the SPDR Bloomberg Barclays High Yield Bond ETF, reported Bloomberg.

0.01% of this ETF, which is commonly known by its JNK ticker, is dedicated to the junk bonds MicroStrategy Inc. issued this week to buy Bitcoin.

“It’s a pretty small amount, but to be honest I’m surprised to see it in there so soon,” said Athanasios Psarofagis, ETF analyst at Bloomberg Intelligence.

“Fixed-income portfolio managers have a bit of discretion of which bonds they can have in the portfolio, so they could be adding a small portion ahead of a possible index inclusion.”

Assuming the Fed still holds the Fund, the central bank is exposed to the crypto space although in a very small amount, for now.