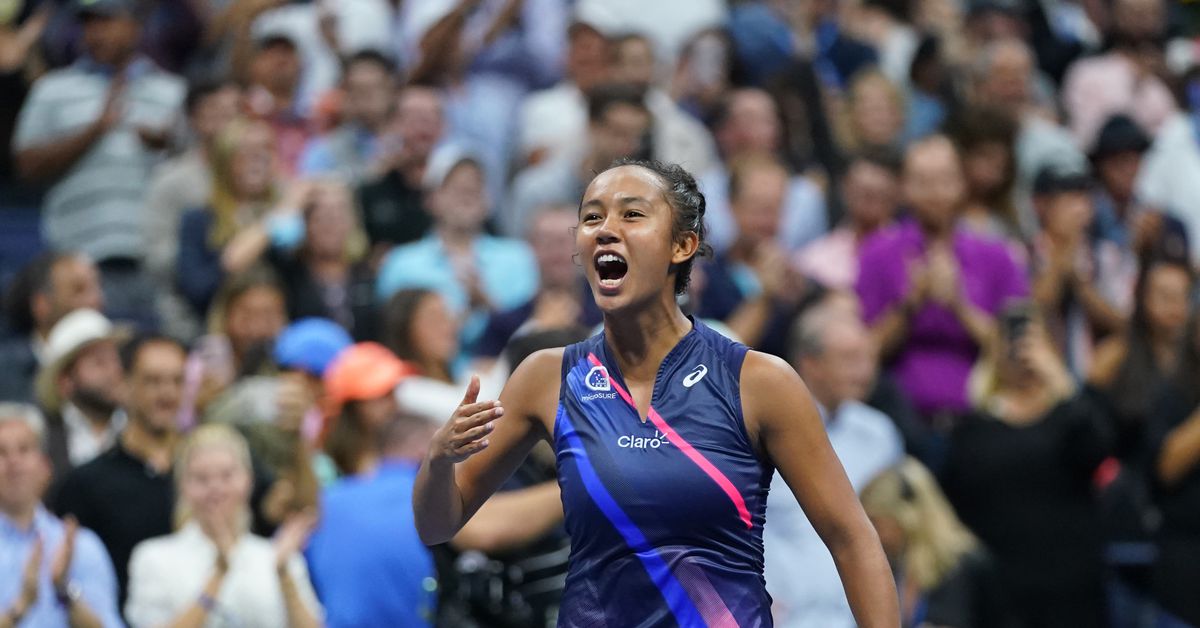 NEW YORK, Sept 10 (Reuters) – Leylah Fernandez may not feel the weight of expectation as she heads into the U.S. Open final but the Canadian teenager will have a chip on her shoulder put there by those who doubted her.

Dropped from Tennis Quebec’s development program when she was seven-years-old and told by teachers to forget becoming a professional and focus on school, Fernandez will have the last laugh on Saturday when faces fellow teen Emma Raducanu for a first Grand Slam title and a winner’s purse of $2.5 million.

“A lot of people doubted me, my family and my dreams,” said Fernandez after knocking out second seed Aryna Sabalenka 7-6(3) 4-6 6-4.

“They kept saying ‘No’, that I’m not going to be a professional tennis player, that I should stop and just pursue going to school.

“I remember one teacher, which was actually very funny — at the time it wasn’t, but now I’m laughing.

“She told me to stop playing tennis, you will never make it, and just focus on school.”

Fernandez says she carries that rejection with her into every match and uses it as motivation, along with the other challenges her family faced along the road to helping her realise her dream.

Her father Jorge, an Ecuador-born soccer player who knew little about tennis, stepped in and became her coach, instilling in her an unshakable self-belief.

Ranked number 73 in the world at the start of the U.S. Open, most would have seen her bid to reach a Grand Slam final as ‘Mission Impossible’, but not Fernandez.

“My dad would tell me all the time, there’s no limit to my potential to what I can do,” said Fernandez, who celebrated her 19th birthday on Monday. “Every day we just got to keep working hard, we got to keep going for it.

“Nothing is impossible. There’s no limit to what I can do.”

The difficult times and determination to overcome are reflected in the fearless Canadian’s relentless attacking play.

Fernandez has also drawn strength and resolve from her mother and sister, who have been cheering her on from courtside seats while her father offered advice and inspiration from home.

“My mom had to go to California for a few years to support my family and I in the tennis world,” said Fernandez.

“That few years were definitely hard for me because I needed a mom, I needed someone to be there for me through the age of 10-to-13.

“I’d barely see her at that time.

“Every time I saw her, it was like seeing a stranger but at the same time someone so familiar.

“I was just very lucky to have my mom here at this tournament cheering for me and having fun with me all this time.

“But we’ve gone through so many things together as a family.”