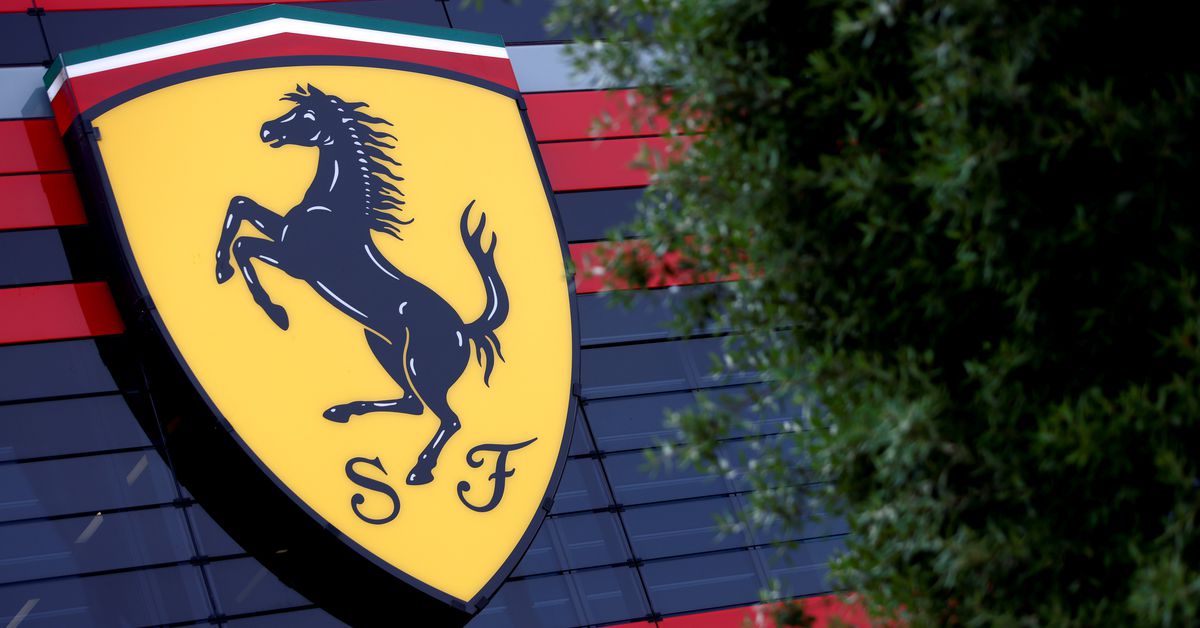 The Ferrari logo is seen at the company’s headquarters in Maranello, Italy, June 8, 2021. REUTERS/Guglielmo Mangiapane/File Photo

BRUSSELS, Oct 28 (Reuters) – Italian luxury sports car maker Ferrari (RACE.MI) on Thursday won its dispute with a German car design company after Europe’s top court agreed with its arguments that it owns the design right to the appearance of its race track car Ferrari FXX K.

The case has implications for a wide swathe of industries, in particular luxury brands seeking to protect their designs from knock-offs, and manufacturers of complex products made up of numerous components.

The ruling from the Luxembourg-based Court of Justice of the European Union (CJEU) came after a German court sought guidance in a design spat between Ferrari and German car design company Mansory Design over certain elements of the Ferrari FXX K’s bodywork.

At issue is the V-shaped section of the bonnet and the front bumper which distinguish the Ferrari FXX K from other cars.

Ferrari had sued Mansory Design in the German court for making and selling these accessories designed to make the Ferrari 488 GTB, which is priced at around $250,000, look like the $2.6 million Ferrari FXX K, saying the company had violated its rights to the unregistered designs.

The CJEU said a component can be considered to be an individual part with design rights if it is “a visible section of the product or complex product, clearly defined by particular lines, contours, colours, shapes or texture”.