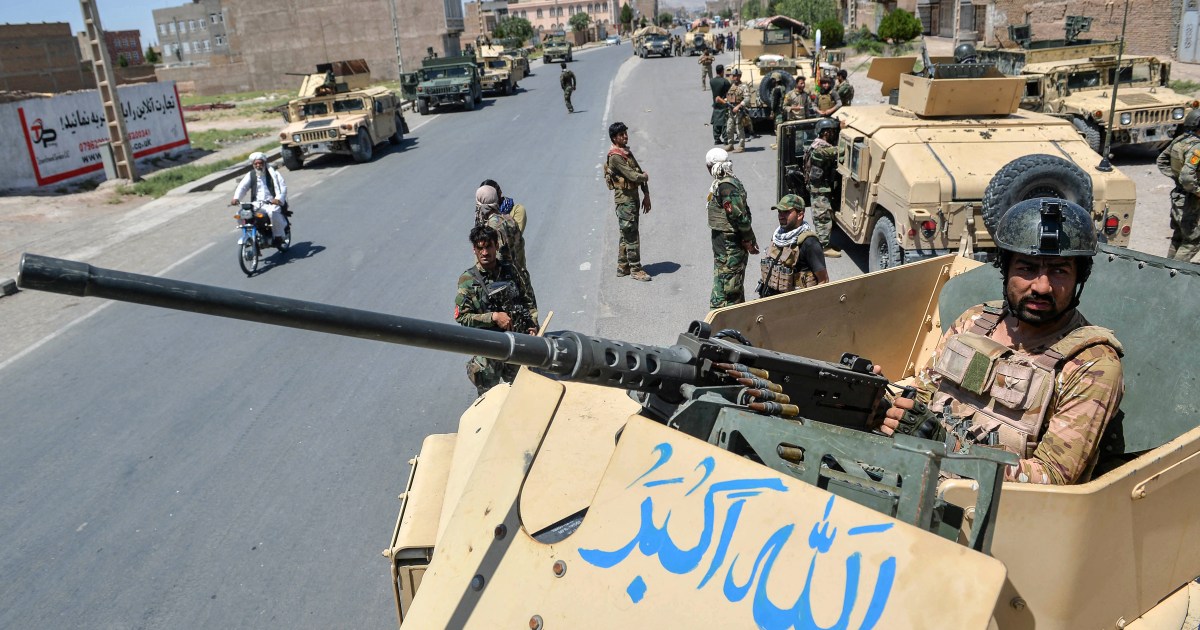 Three provinces in southern and western Afghanistan are facing “critical” security situations as fighting intensifies between the Taliban and Afghan forces, the Afghan army says.

Fighting in the war-torn South Asian country has escalated as the United States and NATO troops plan to complete their pullout by August 31 after 20 years of war.

Here are the latest updates:

Russia to scale up military drills near Afghan border

Russia will send an additional contingent of 800 troops to take part in military exercises at the Afghan border and use two times more hardware there than originally planned, Interfax news agency has reported, citing the defence ministry.

The drills, which are set to take place on August 5-10 and involve Uzbek and Tajik forces, come as the security situation rapidly deteriorates in Afghanistan amid a US troop withdrawal.

Russia said that 1,800 of its soldiers would take part in the drills, instead of 1,000 as initially planned. More than 2,500 troops would be involved in total, it said. Moscow will also use 420 units of military hardware for the drills, two times more than originally planned, it said.

Afghanistan’s President Ashraf Ghani is expected to address the parliament shortly as fighting rages on across the country against the Taliban forces.

Happening Now – President Ghani attends a joint meeting with members of the two houses of the parliament on the country’s situation. #Afghanistan

General Ajmal Omar Shinwari, spokesman for the Afghan army, on Sunday said the situation was particularly serious in Lashkar Gah, Helmand, where the army was planning to intercept Taliban movements and subsequently launch an offensive.

Provincial authorities in Helmand said the Taliban had increased its forces in Laskhar Gah on Sunday, confirming that the rebels now have control of the city’s seventh district.

The birthplace of the Taliban in southern Kandahar – as well as Helmand and Herat provinces – has been at the centre of some of the fighting.

The US Department of State is expected to announce the a new programme to resettle certain Afghans as refugees in the US, an administration official and two knowledgeable sources say.

The State Department did not immediately respond to a request for comment.