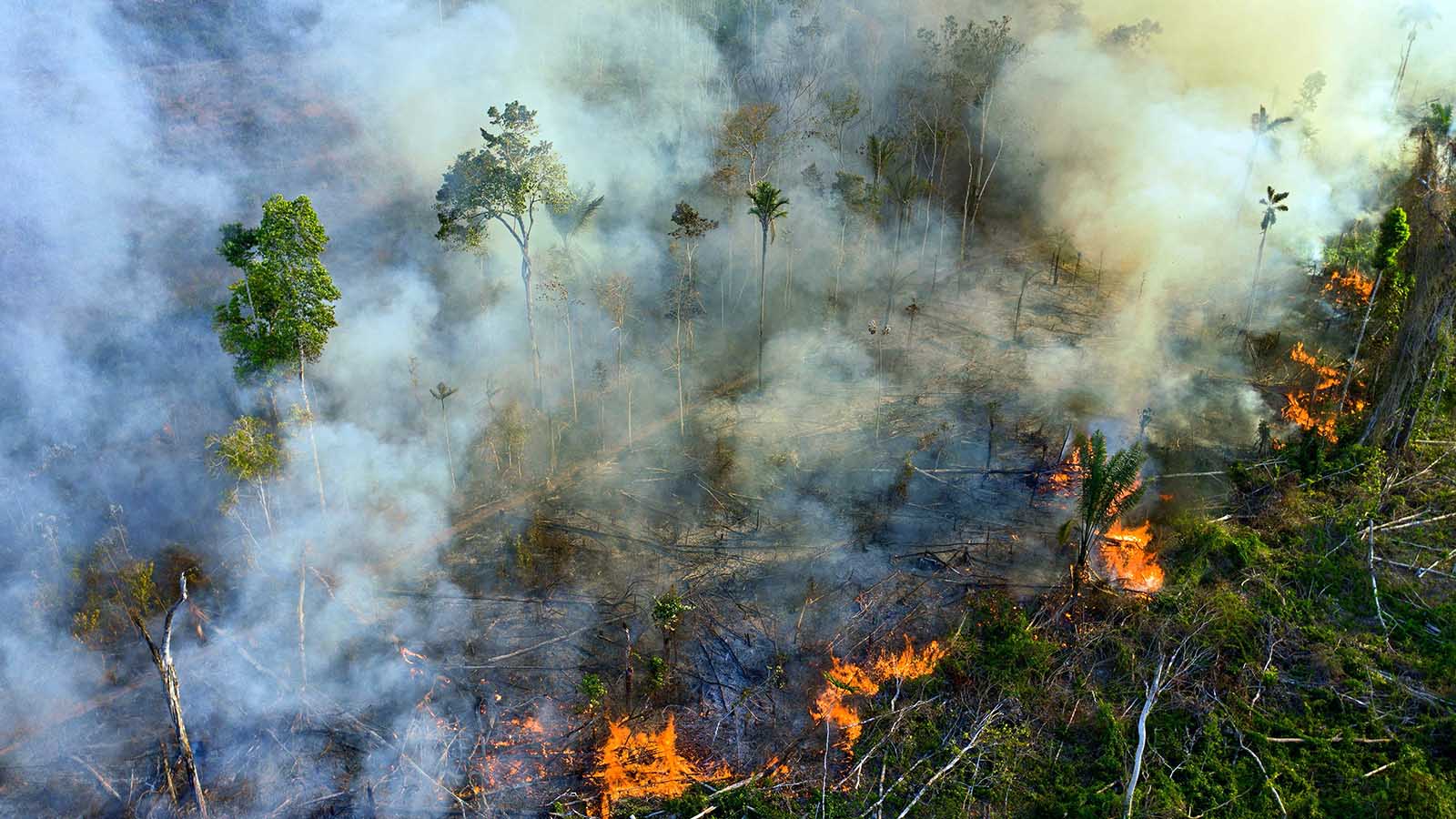 The Amazon has long done its part to balance the global carbon budget, but new evidence suggests the climate scales are tipping in the world’s largest rainforest. Now, according to a study published July 14 in Nature, the Amazon is emitting more carbon than it captures.

This study is the first to use direct atmospheric measurements, across a wide geographic region, collected over nearly a decade that account for background concentrations of atmospheric gases.

These results have important implications for policy initiatives such as REDD+ that rely on forests to offset carbon emissions. Because different regions of the Amazon differ in their ability to absorb carbon, schemes that use one value for the carbon-capturing ability of the whole Amazon need to be reexamined, scientists say.

“The Amazon is a carbon source. No doubt,” Luciana Gatti, a researcher at Brazil’s National Institute for Space Research (INPE) and lead author of the study, says. “By now we can say that the budget for the Amazon is 0.3 billion tons of carbon per year [released] into the atmosphere. It’s a horrible message.”

Southeastern Amazonia, in particular, switched from being a carbon sink to a carbon source during the study period. Emissions were high in 2010 because of a dry El Niño year, Gatti says, and she expected to see emissions return to normal afterward. But this never happened. The reason: emissions from fires.

In the Amazon, forests are often cut during the wet season and burned during the dry season to make way for agribusiness, particularly cattle pasture. According to the study, fire emissions in the southeastern Amazon are three times larger than the net biome exchange (NBE), a measure of the forest’s carbon uptake plus all emissions from decomposition and human sources such as burning fossil fuels.

Without emissions from fires, Gatti says, the Amazon would be a carbon sink. “In other words, the Amazon is a source because of biomass burning.”

Using a small aircraft, Gatti and colleges measured carbon dioxide, carbon monoxide, and other gases above four locations across the Brazilian Amazon. Between 2010 and 2018, they collected air samples seasonally from near the treetops up to 14,800 feet (4,500 meters) above sea level, creating nearly 600 vertical profiles of CO2 levels.

Other studies have noted a decline in the carbon uptake of forests based on on-the-ground measurements. But this study is the first to use direct atmospheric measurements, across a wide geographic region, collected over nearly a decade, while accounting for background concentrations of atmospheric gases.

“Gatti et al were able to establish seasonal and regional differences in carbon balance and attribute them to drought, fire, deforestation and forest degradation,” Scott Denning, a professor of atmospheric science at Colorado State University who was not involved in the study (but wrote about it for Nature News & Views), said in an email.

Deforestation rates have been higher under Brazil’s current president, Jair Bolsonaro, than any past president and they show no sign of halting. In 2020, Brazil lost 390 acres (158 hectares) of forest per hour — an area half the size of New York City’s Central Park — according to a report by  MapBiomas, a network of NGOs, universities and tech firms that include Google.

In May of this year, forest clearing in the Brazilian Amazon increased 67 percent over May 2020, according to INPE’s satellite-based deforestation tracking system, DETER. This puts deforestation in 2021 on pace with last year’s rate.

“If you’re thinking a tipping point [for] the Amazon [is when] it becomes a carbon source, this region is at a tipping point,” Gatti says. “My question is, if we stop now with fires and deforestation and start the very important repair process for forests, could we reverse the picture? I don’t know.”

Decades of deforestation and fires in the Amazon coupled with the global climate crisis have caused the dry season to get longer and made megadroughts more common, contributing to a feedback loop that degrades forests. These degraded conditions mean trees are dying at a faster rate. As more plants and trees die, the Amazon’s ability to absorb carbon from the atmosphere is declining.

“The Amazon is like a bubble … if the trees are intact, it keeps moisture under the canopy in the forest,” Ernesto Alvarado, a professor of wildland fire sciences at the University of Washington,  told Mongabay last year. Deforestation, roads and fires can puncture this moisture bubble. “You open the canopy, right? It’s like a bunch of holes in the bubble, and now the moisture is better escaping and the forest becomes drier.”

The Amazon Is Diverse

The results of the Nature study have important implications for policy initiatives such as REDD+ that rely on forests to offset carbon emissions. The Amazon is not homogenous; different regions have different types of soil, humidity and tree species. And as this study shows, they also differ in their capacity to absorb or emit carbon.

For example, the eastern Amazon, mainly in the states of Pará and Mato Grosso, is 30 percent deforested and emits 10 times more carbon than other regions. So schemes that use one value for the carbon-capturing ability of the whole Amazon, Gatti says, need to be reexamined.

“Forests might not be able to sequester enough carbon to provide a net benefit for climate mitigation,” Ruth DeFries, a professor of sustainable development at Columbia University who was not involved in the study, told Mongabay in a 2020 interview. “[This] suggests that efforts to reduce emissions of greenhouse gases depend on alternatives to fossil fuel burning — the largest and well-quantified source of anthropogenic greenhouse gases.”

“Worldwide, plants have been growing faster than they’re dying for decades, providing a priceless emissions reduction,” Denning said. “Now we’re seeing the limits of that process. It means society will have to work harder to eliminate fossil fuels from the world economy since we won’t be able to rely on tropical forests to clean up after ourselves.”

This story originally appeared in Mongabay and is republished here as part of Covering Climate Now, a global journalism collaboration strengthening coverage of the climate story.