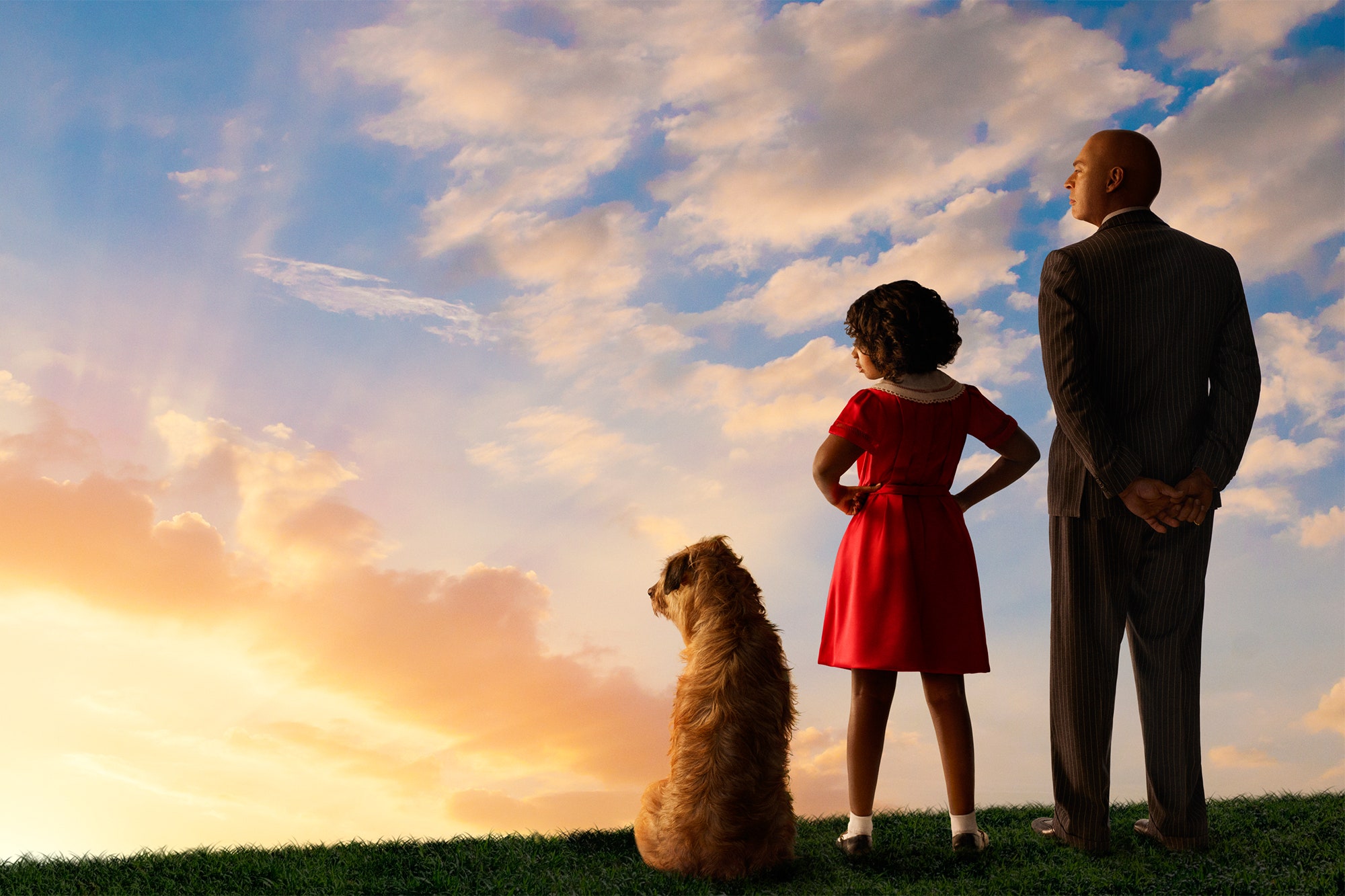 Harry Connick Jr.’s head is going to shine like the top of the Chrysler building. The Grammy and Emmy winner is stepping into the suave shoes of Oliver “Daddy” Warbucks in Annie Live!, airing on NBC December 2, and Vanity Fair has the exclusive first look at his transformation from jazz crooner into bald billionaire. Connick leads a stellar cast that includes Taraji P. Henson as the ruthless Miss Hannigan, reunites Unbreakable Kimmy Schmidt’s Jane Krakowski and Tituss Burgess as con-couple Rooster and Lily, and newcomer Celina Smith as lil’ orphan Annie.

Fans of the 1973 Tony-winning musical wondered if Connick Jr. would shear his luscious brown locks to play the canonically bald Warbucks, originated by Reid Shelton on Broadway and played by Albert Finney, Victor Garber, and Jamie Foxx in various movie adaptations. Connick, too, knew he had to go hairless for the role. “That character has been around since I think the ’20s,” he said over the phone to V.F. “That’s who Daddy Warbucks is.” Connick, who starts rehearsals for Annie in early November, chatted with V.F. about bald caps, billionaires, and the timeliness of a musical that’s all about hope.

Vanity Fair: How does it feel to have the opportunity to play an iconic role like Daddy Warbucks?

Harry Connick Jr.: I’ve seen the show so many times—the one with Albert Finney, Carol Burnett, and Bernadette [Peters]. I watched it when my girls were growing up. I’ve always loved it; I just never even considered doing it. It was one of those things that was presented to me and sounded like such a fun opportunity.

Did you consider leaving your hair as is?

I guess I could have tried a period hairstyle, but I thought it was pretty important to portray him the way the original comic strip portrayed him.

Are you going to fully shave your head?

I haven’t made up my mind for the actual show. For the press photos, I had a bald cap on, but we’ll see what happens with the show. The problem is I have other things going on, and it’s kind of hard to do those things with a bald head. It takes so long for your hair to grow back. But we’ll see when it comes.

I feel like people don’t take Annie as seriously as they should. It has a great score and engages in enduring socioeconomic issues, like wealth inequality and class. It feels like a great musical for our current times.

Oh, I agree with you. Even just the notion of hope. We’re hopefully just coming out of this pandemic… the world shutting down and Annie taking place during the Depression—there are a lot of similarities. If you just watch it for the pure entertainment of it, then great, but I think [the themes] will also ring true, especially around the holidays. I think at this point in time, it might be nice to see something that’s full of hope.

The tuxedo-wearing, civically-minded Daddy Warbucks is a far cry from our current age of eccentric billionaires. Did you have any trepidation about playing a billionaire in this cultural moment?

No, not at all. You know, he’s a fascinating guy. He’s one of these brilliantly talented thinkers who was able to make a huge sum of money at a very early age. His outlook on the world, especially during the Depression, his knowledge and involvement with politics at the highest level—all of those things are interesting. He has his own belief system, and how Annie broadens his view on the world is a beautiful thing to see. You think about a guy like John D. Rockefeller, who I think from what I understand was worth $400 billion in that time, and you think about how he behaves and how people with such unimaginable wealth spend their time—it’s a fascinating study for me.

You’ve done Broadway and American Idol, but this is your first live televised musical. Are you nervous at all?

I think of it as sort of the same as anything else. I start to develop my thoughts in my head and then, in this case, you go through the rehearsal process and then it’s time to go on stage. That’s what I love to do the most. And the fact that this is a combination of live television and theater is really exciting. I’ve never done that before, so I’m thrilled to be able to do that.

There are so many classic songs in Annie: “N.Y.C,” “It’s a Hard Knock Life,” and, of course, “Tomorrow.” Is there any number you’re especially looking forward to performing?

I love all of them. They’re great, and singing them through the eyes of Oliver Warbucks adds a whole different element. I actually recorded the songs myself—I did an album Songs I Heard a few years ago, and there were about four songs from Annie on that album. Obviously, I won’t be performing them in the same way. Just to think about them contextually and what they mean in the show is great. I mean, they’re terrific songs and I’m just excited to perform all of them.