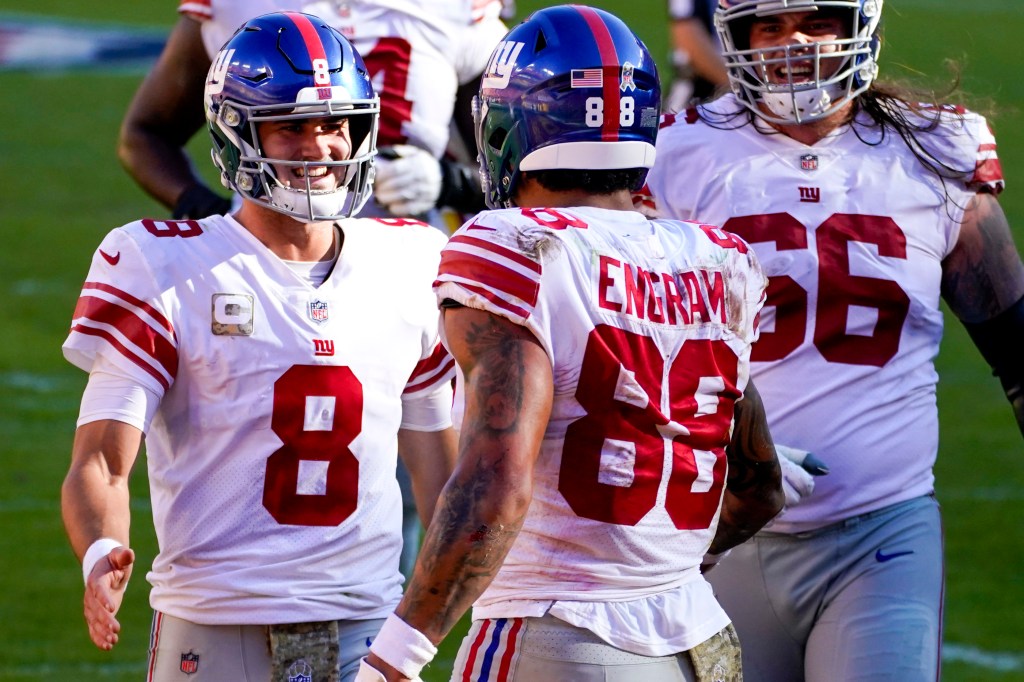 The Giants have playoffs on the brain.

That’s why they spent big in free agency and kept together a coaching staff for continuity’s sake.

The 10-year anniversary celebration of Super Bowl XLVI — the Giants’ last playoff win — could be the perfect timing for a turnaround.

Here are The Post’s five bold predictions for the season.

1. Leonard Williams does not lead the team in sacks

Is this bold? Well, Williams is the only Giant with more than five sacks in any season of his career, so yes.

The fear is Williams will crash back to reality after his career-high 11.5 sacks led to a three-year, $63 million contract. But Williams doesn’t fit the mold of someone who will dog it. More likely, offenses will throw double teams at him and make an edge rusher prove he can get it done. Lorenzo Carter could be a beneficiary. So could blitzing safeties Logan Ryan and Jabrill Peppers.

Admit it. You’ve booed Evan Engram. At a game. Maybe even at an open practice.

Fans have the right to boo, and Engram’s drops always come at the worst times – whether to pour gasoline on a fourth-quarter collapse against the Eagles last season or to create a deflected pass that could be intercepted.

Engram will come up with a couple huge game-swinging plays in this final year of his contract to change the tune, and his return in free agency more palatable.

3. Daniel Jones remains a total mystery because of the offensive-line failures and wide-receiver injuries

Playoffs would be nice, but the real mission for the Giants this year is to know for certain: Is Jones a franchise quarterback?

That was the Jets’ goal with Sam Darnold in 2020 – and they failed to get an answer because the offensive line and weapons were ineffective. If the Giants still are making excuses for Jones’ inconsistent play after this season – because the offensive line was as bad as advertised in the preseason and pass-catching targets with long injury histories like Sterling Shepard, Kenny Golladay, John Ross and Evan Engram all were sidelined – then this was a wasted year.

4. Saquon Barkley makes you regret passing on him in your fantasy draft

Barkley’s average draft position is eighth, behind the likes of Austin Ekeler (Chargers) and Aaron Jones (Packers), according to fantasypros.com. It’s somewhat understandable given the Giants kept him in bubble-wrap all offseason, and there is chatter about limited touches, especially early in the season.

But when the games start, and he and the coaches are comfortable with the way he responds to contact, and the urgency for big plays sets in, that workload inevitably will skyrocket. Playing 17 games might be pushing it. But a return to 2019 form – 1,441 yards and eight touchdowns from scrimmage across 13 games – seems like a reasonable expectation.

5. The Giants are more likely to finish last than first in the NFC East

It’s not “bold” to say the Giants will finish third.

Reality is the Giants are closer to the bottom of the division — with the Eagles — than they are to the top with the Cowboys (who pushed the defending Super Bowl champion Buccaneers to the limit in Week 1) and Washington.

The Giants were alive to win the NFC East until Week 17 last year, but the division winner will have 9-10 wins instead of seven this time. Until the Giants prove they can do better than 1-7 or 2-6 after eight games (the marks over the last four years) a division title is a long ways off.