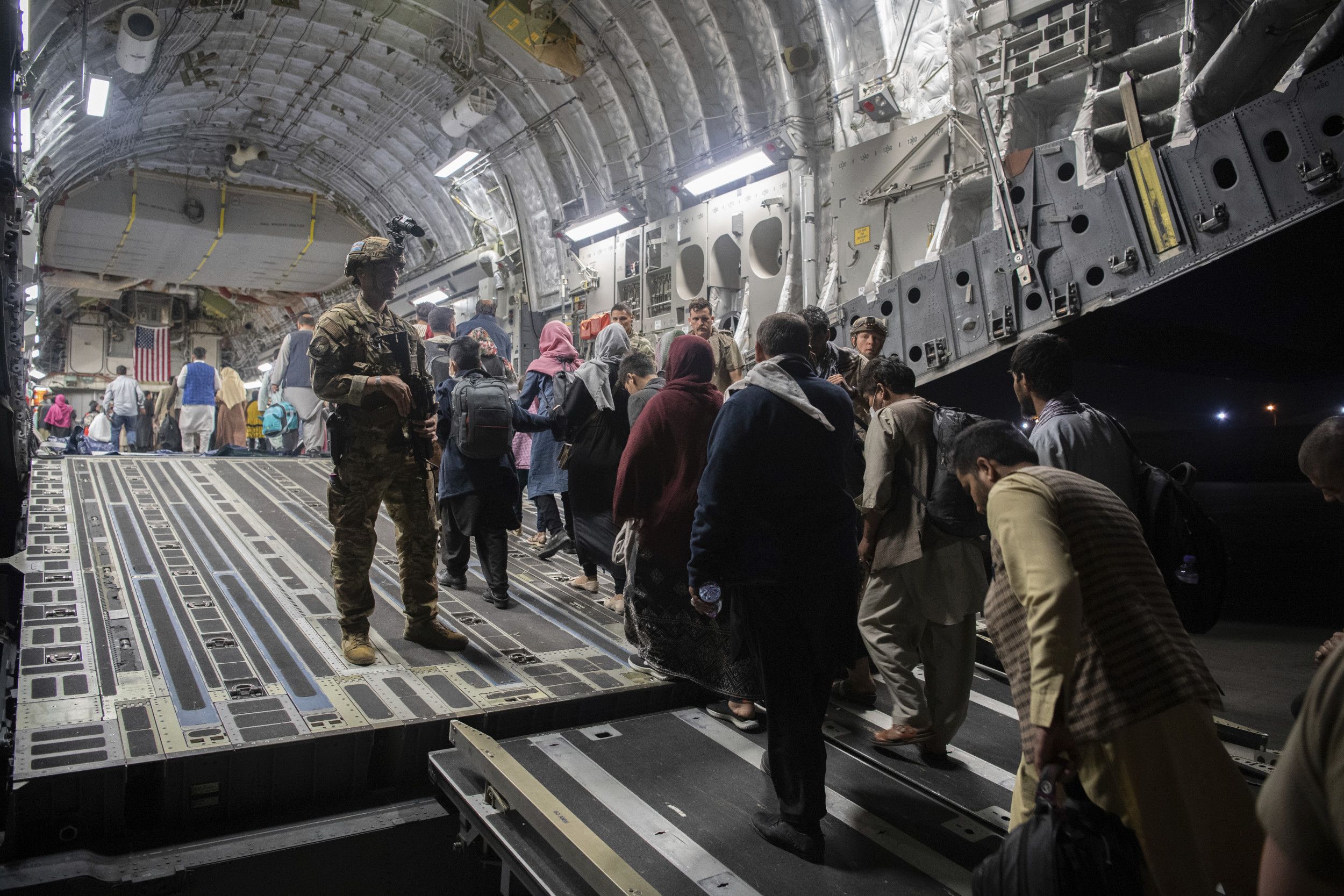 Five people who recently traveled to Virginia from Afghanistan have been diagnosed with measles, according to a Tuesday statement from the Virginia Department of Health.

The statement said the five measles cases were from people involved with the U.S. government’s emergency evacuation efforts from Afghanistan.

The news comes after the U.S. stopped in-bound flights of Afghan evacuees on Friday following the detection of a few cases of measles.

The Virginia Department of Health did not indicate where the people involved with the cases are currently located but noted that the agency is working to identify people who may have been exposed in three parts of the central and northern regions of the state.

“The Richmond and Henrico Health Districts (RHHD) have worked with a Richmond area hospital to identify and notify individuals potentially exposed at the hospital on September 10,” the department release read. “In addition, the Piedmont Health District is working with federal partners to identify exposures at Fort Pickett in Nottoway County. On Friday, health departments in Northern Virginia announced that they were working together to identify people who may have been exposed at Dulles International Airport and other locations.”

Most Americans receive the measles vaccine as children, which provides lifelong immunity. The disease is highly contagious and can be spread through coughing, sneezing and contact with droplets from the nose, mouth or throat.

Symptoms include cough, runny nose, inflamed eyes, sore throat, fever and a skin rash. There’s no treatment to get rid of measles infection, though some over-the-counter medications may help reduce the effects of some symptoms.

The Virginia Health Department noted that “[m]easles is common in many parts of the world” and urged parents “to make sure children are up to date on their childhood vaccinations.”

During a press briefing on Friday, White House press secretary Jen Psaki discussed the halt on U.S.-bound flights of Afghan evacuees, a decision made by U.S. Customs and Border Protection (CBP) on the recommendation of the Centers for Disease Control and Prevention (CDC).

Psaki said the flights had been “temporarily paused at the request of the CDC and out of an abundance of caution because of four diagnosed cases of measles among Afghans who recently arrived in the United States.”

“These individuals are being quarantined in accordance with public health guidelines, and the CDC has begun full contact tracing. All arriving Afghans are currently required to be vaccinated for measles as a condition of entry into the United States,” Psaki added, noting critical immunizations are being administered for Afghans at U.S. military bases.

On Monday, the Pentagon announced that the pause in U.S.-bound flights of Afghan evacuees has been extended for at least seven more days.