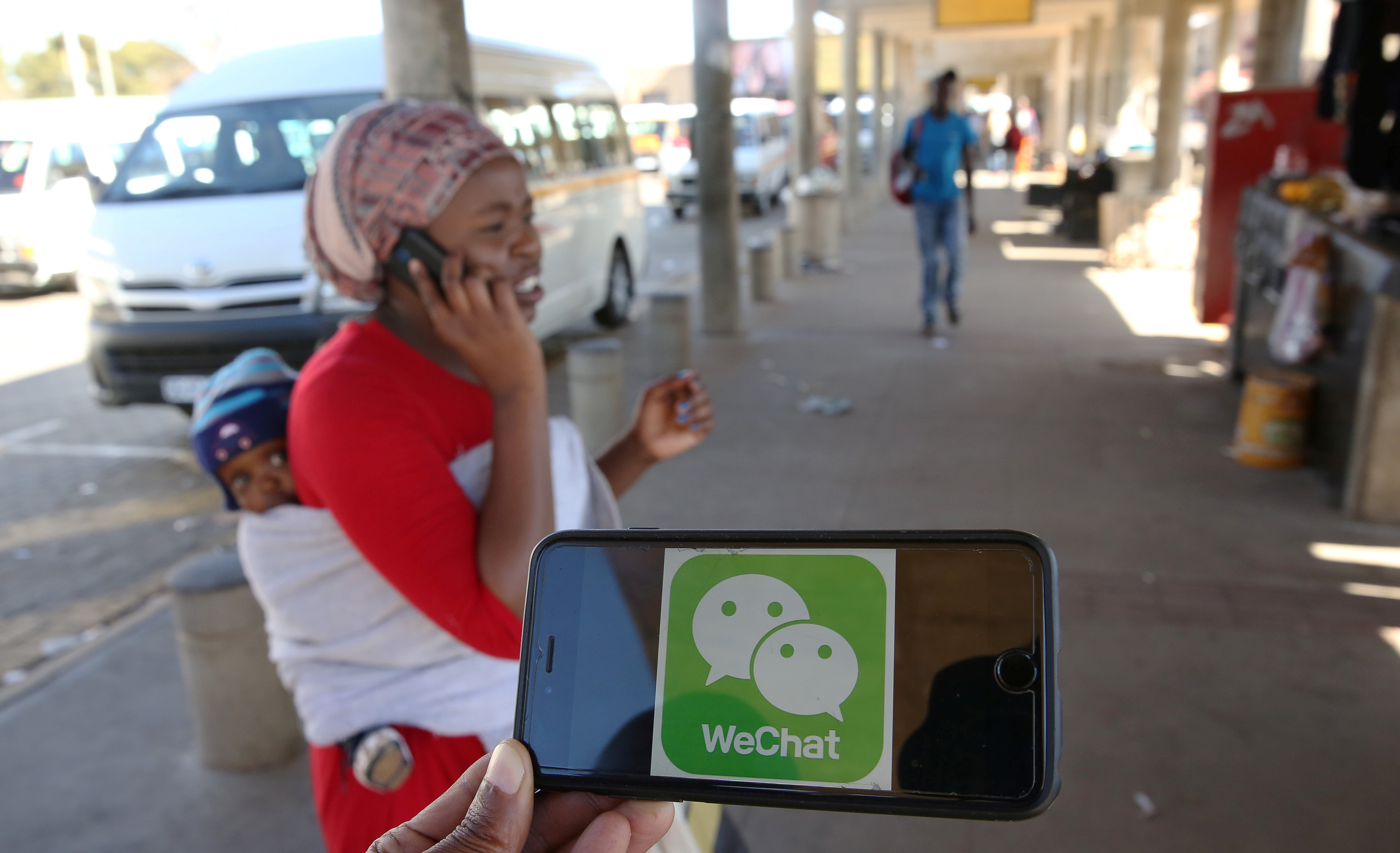 This story is part of a series with Quartz Africa and Caribou Digital that focuses on women in the gig economy in Africa.

Jane is based in Nairobi, Kenya, and works as a transcriber on various freelance platforms. Her husband is also a transcriber. They have one child and both work from home.

“I have a small kid, I have a husband and I have to take care of them. So by chance, if we are both transcribing, he has more time to work and more concentration than me,” Jane says.

Jane hires a house help to take care of the baby on some days but sometimes when the house help is not available, she has to work fewer hours.

While ILO research found that working from home or job flexibility is particularly important for women, flexibility is not such a simple concept for them. More women than men said flexibility was their motivation for doing online work, but in reality flexible work schedules favor men more than women given all the other unpaid labor that women generally have on their plates. When looking at childcare alone in developing countries, 75% of that work falls on women.

On platform work, women end up putting in fewer hours than men, struggle to be online constantly bidding for work and suffer more from fatigue related to the odd, long working hours due to competing family commitments.

Another freelancer, Brenda, is a single mother who wakes up at 3am to put in bids for jobs and complete pending work by 6am to leave enough time for her to prepare her child for school.

“This work is taking a toll on me. Due to lack of sleep, you get headaches, you are tired, but you have to work because you have no option.”

Digital platforms have risen in prominence especially during the pandemic

In Kenya, digital platforms have become an avenue for work for many people, especially women, and at least 5% of the Kenyan population are now considered online workers. Of these, 83% are aged 18-35 and at least a third are female. Jane and Brenda are among the over 140,000 transcribers based in the country.

According to an International Labour Organisation report published this year on the role of digital labor platforms in transforming the world of work, almost a quarter of women who carry out online work have children under the age of six.

Jane and Brenda value their work as it is sometimes the only source of income that pays the bills. They also appreciate the flexibility, a key feature of the platform economy, as it allows them to choose which hours to work, how long, and how much work to take on at any time unlike if they were in formal employment.

The reality though, is that women are not on an equal footing on these platforms when it comes to flexibility. First, women’s earnings are lower due to working fewer hours. Second, competition for freelance jobs online is stiff, intense, and transcends borders. Freelancers everywhere often work long and odd times, putting in several hours to look for the work and then do it. Women like Jane and Brenda end up bidding for less work to ensure they leave enough time to take care of family because they cannot be online constantly. Third, flexibility significantly affects women’s physical and mental health as they often juggle childcare with working late at night.

Over the past few months, Qhala, our research partner in Kenya, has been engaging with 18-35 year old female platform workers on the opportunities and challenges they face while doing platform work as freelancers, ride-hailing and logistics drivers, social commerce, and e-commerce sellers, and renters of properties via platforms like Airbnb.

While each sector presents its own challenges, across the board women mentioned how hard it is to shoulder extra duties involving childcare and domestic responsibilities. This burden is experienced differently by women depending on whether they are married or single, single mother or co-parenting, and the age of the children.

Women speak of waking up at odd hours to work – from responding to inquiries about what they sell on WhatsApp, Instagram, or Facebook, to checking inboxes on freelancing websites, to starting writing or transcribing, all before the kids wake up. Female ride-hailing drivers tend to end work early to go take care of their families.

During group discussion with Kenyan men in the gig economy, many acknowledged that women with families have it tougher.

“A woman will think- this event is at night. What will people think if I go there? People will wonder why they are not home instead because they are married and have a family. Whereas a guy doesn’t have to think about that. He can just do the event and then come home later,” one male gig worker said.

Trade-offs for women in the gig economy are extremely taxing

A study by ODI found that female domestic gig workers in Kenya and South Africa identified childcare as the biggest challenge to their economic opportunities, along with work-life balance and the decreasing quality of their work. The women said they are forced to make difficult trade-offs between their time-use, income-generation and caring roles.

Recently when resolving a marital dispute case, a Kenyan judge ruled that being a housewife is in fact a full-time job.

“Raising children is a full-time job that families pay a person to do as well as cooking and cleaning. Hence, for a woman in employment who has to balance childbearing and rearing, this contribution must be considered,” Judge Teresia Matheka stated.

It is important to acknowledge the unique experiences of different women who are increasingly looking online to find work. Platforms and policymakers should recognize the intersectional gendered aspects of platform labor and devise ways to improve women’s platform livelihood opportunities.

In 2016, the Kenya government launched Ajira Digital Project and Youth Employment Program, an initiative that trains Kenyans on how to become online gig workers targeting both Kenya and international markets. Through this program, the government plans to  make Kenya a freelance hub and a global destination for digital work by the year 2022.

Dr Ehud Gachugu the director of the project said the program is mindful of women’s unique challenges even at the training level and is taking steps to ensure it reaches more women.

“Can we allow a young woman to participate in the program with their kid? Yes. Can we allow them to have flexible time to get into the program? Yes.”

The training, he says, also teaches young women how to navigate flexibility when they take on gig work. Already, the women we spoke to during the research are devising ways of juggling various roles including hiring house helps to using the services of motorcycle riders to take and pick-up children from school.

What needs to change to make platform work better for women?

As global calls to make platforms more inclusive and for them to recognize the varying needs of women get louder, it is just as important that the society in which the women live as they work supports them to help them succeed. How can friends, family, and close networks help women thrive better in this new world of work?

We found that women who have the support of their spouses, friends, and families are better able to take advantage of opportunities that digital platforms offer. For example, Lucy, a trained teacher who is currently working as a transcriber on an online platform, says her husband prepares meals and does the dishes to allow her to work uninterrupted.

Brenda spoke of a couple with a child—both parents freelancing—that support each other in doing the work.

“The woman is the one who wakes up early, looks for the jobs and goes back to sleep. When the husband wakes up, he starts writing. They are able to save time and work together. Maybe if I had such an experience it would have been easier for me,” Brenda says.

The ILO has called for the “recognition of the value of unpaid care work, the reduction of the drudgery of certain forms of care work and the redistribution of care responsibilities between women and men and between households and the State.”

The Kenyan private sector and government agencies who have partnered with the Ajira program to create work for the newly trained gig workers should create more flexible working arrangements that fit around women’s domestic responsibilities.

Stories under this series are based on extensive research carried out by Caribou Digital over the past few years on the impact platform work has on the livelihoods of young men and women in Kenya, Uganda, Nigeria, and Ghana. This research work is conducted in partnership with Qhala in Kenya, the University of Ghana, and Lagos Business School in Nigeria, with the support of the Mastercard Foundation. This editorial partnership aims to share the experiences of the women whose livelihoods are directly impacted by digital transformation.