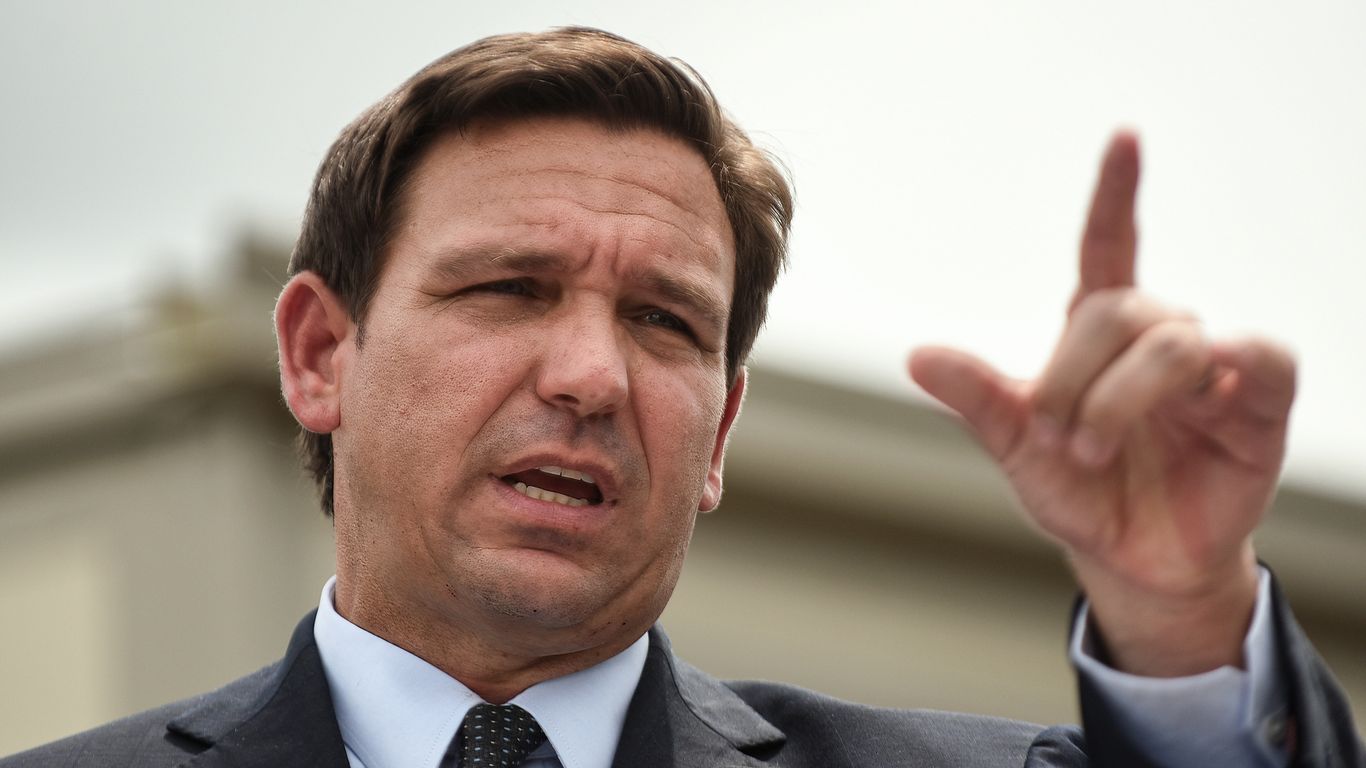 Florida Gov. Ron DeSantis said Monday that the state will fine cities and counties $5,000 for each employee required to get vaccinated, the Tampa Bay Times reports.

Why it matters: It is the Republican governor’s latest threat against local officials who have implemented mask or vaccine mandates in an effort to slow the spread of the virus.

Driving the news: Local governments in Gainesville, Orange County and Leon County are bucking a new state law that bars businesses and governments from requiring proof of vaccination from employees and customers.

What he’s saying: “We are not going to let people get fired because of the vaccine mandate,” DeSantis said at a news conference on Monday, per the Tampa Bay Times. “You don’t just cast aside people who have been serving faithfully over this issue, over what’s basically a personal choice over their individual health.”

The other side: Local governments are standing by their decisions, despite the threats.

The big picture: Florida has become the epicenter of the nation’s outbreak this summer.

Get more stories from the Tampa Bay area by signing up for the Axios Tampa Bay newsletter, designed to help readers get smarter, faster on the most consequential news unfolding in their own backyard.