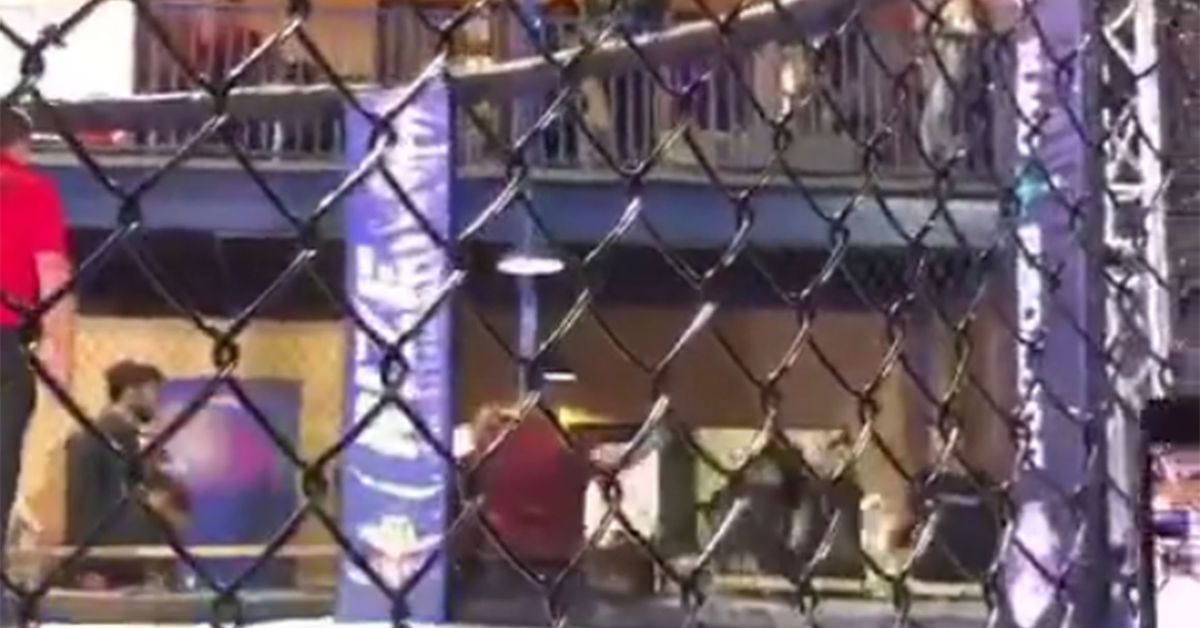 Chaos erupted at an amateur MMA event in Lake Worth Beach, Fl back in March. The event, put on by RIZE Fighting championships, went off the rails when fighting broke out within the small crowd. That fighting soon grew into a mass brawl involving dozens of people. Then, someone pulled out a gun and fired a shot in the air. That lead to a stampede as panicked patrons either hid in place or swarmed for the nearest exit.

According to NBC Miami Antonio Montes De Oca Hernandez, 56, has been arrested on suspicion of being the individual who fired the gun that night. He was arrested on Saturday and held in a jail in Miami-Dade county. It is unclear what charges he will face.

Video of the incident was widely shared on social media with multiple angles catching the moment a man fired into the air. One of those videos was captured by UFC veteran Hector Lombard. He posted the clip to Instagram.

“This guy just shot his handgun in the middle of a melee at an amateur show,” wrote Lombard when captioning the video. “Shameful and pathetic cowardly behaviour ruined a great night of fights.”

Armando Gonzalez, who promoted the event, spoke to NBC Miami about the incident. “Who knows what his thoughts were,” he said. “If it was to diffuse the situation, but you can’t do that in the United States, especially at an event packed with fans, with people, you can’t shoot guns in the air.”