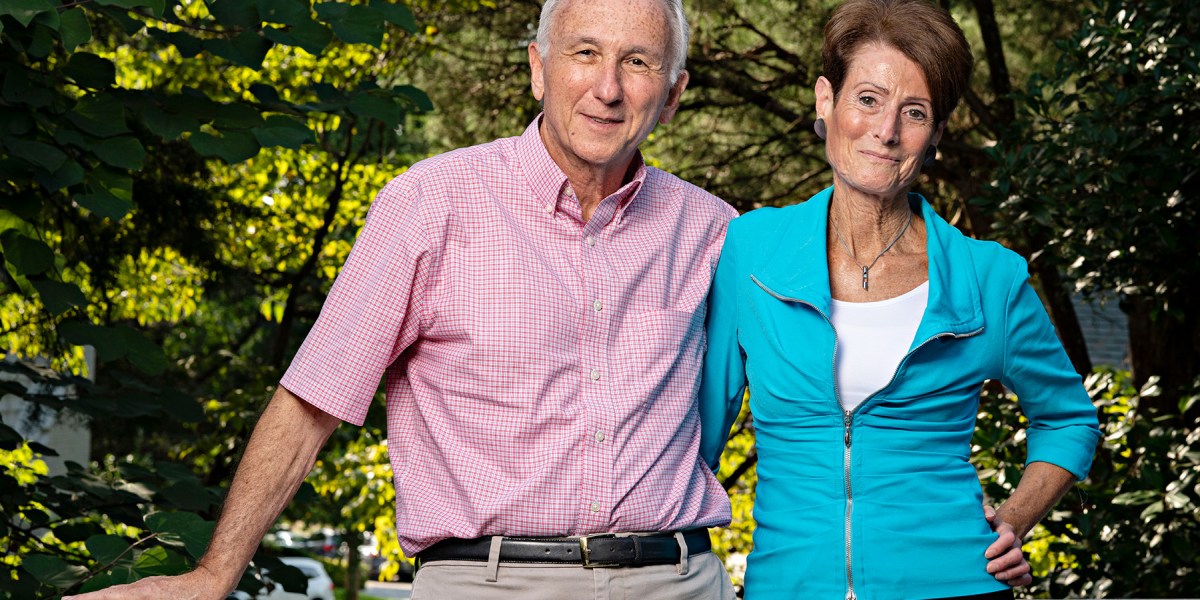 Organic chemistry classes can create all sorts of memories, but few as lasting and meaningful as those of Alfred Singer ’68 and Dinah (Schiffer) Singer ’69. Since meeting while taking 5.41 in 1965—and graduating from MIT with degrees in biology (Dinah) and philosophy with a minor in biology (Al)—they have built an enduring marriage and influential careers at the National Cancer Institute (NCI), contributing to major advancements in the understanding and treatment of cancer.

The Singers battle cancer from different angles. Al’s research into how the human body distinguishes foreign molecules from its own led him to become chief of the Experimental Immunology Branch of NCI’s Center for Cancer Research, while Dinah’s research background and management skills set the stage for her leadership of several major strategic initiatives.

After the pair joined NCI in 1975, Dinah researched gene transcription and expression and molecular immunology, establishing her own lab and serving for 20 years as director of the Division of Cancer Biology, which funds most US basic cancer research.

That led to her overseeing the seven-year, $1.8 billion Cancer Moonshot program, which seeks to increase availability of therapies and improve prevention and early detection via scientific discovery, collaboration, and data-sharing. Through more than 70 new consortiums and programs, the program (launched in 2016) has logged advances in immunotherapy, childhood cancer research, tumor mapping, and many other areas.

Dinah’s 2019 appointment as NCI deputy director for scientific strategy and development preceded the 2020 pandemic, which called on her abilities in a new way: when Congress asked NCI to conduct basic and clinical research into immune responses to SARS-CoV-2 and potential approaches to vaccines, she led the effort.

“The idea is to go beyond emergency response and learn more about responding to future pathogens we haven’t seen before,” she says. “It occurred at lightning speed for a major program. We’ve issued 21 grants and established four centers to do clinical assays. We’re funded for up to five years, because we don’t know how long it will take for the pandemic to resolve.”

Al, meanwhile, has delved into a puzzle that first intrigued him in the early 1970s, when the newly married Singers were pursuing doctoral degrees at Columbia University (Dinah a PhD, Al an MD). “What we were taught as the basis of disease never seemed to be the basis of what we saw in patients,” he recalls. “Bacteria cause pneumonia, but pneumonia isn’t due to bacteria—diseases are largely due to the body’s response to pathogens they encounter.”

A pivotal moment came when, as a first-anniversary gift, Dinah bought Al a copy of Nobel laureate Macfarlane Burnet’s Self and Not-Self. “She thought it was a philosophy book, but it was actually an immunology book that triggered my interest in immunology and fueled it for decades,” says Al.

Burnet’s focus is the mechanisms a body uses to distinguish between its own elements (“self”) and foreign entities like bacteria, viruses, or toxins (“not-self”). When he began his research, scientists believed that white blood cells known as T cells perform this function, but how they acquired that capability was unknown. Al’s early work demonstrated that the thymus plays a major role, and later studies in his lab found that the T cells’ ability to recognize the body’s own cells is acquired rather than genetically predetermined.

“I’m particularly proud that we figured out the molecular basis of this crazy recognition system the immune system has, called major histocompatibility complex (MHC) restriction, which leads to the functions different T cells have, like helper cells and killer cells,” says Al. “Others have used it and applied it to cancer quite successfully.”

Dinah and Al have two sons and enjoy travel, theater, and collecting works by local artists, but the “family business” of cancer research is never far away. “We probably talk shop more than we realize,” says Al. “It’s such an integral part of our lives—I don’t think we draw a distinction.”