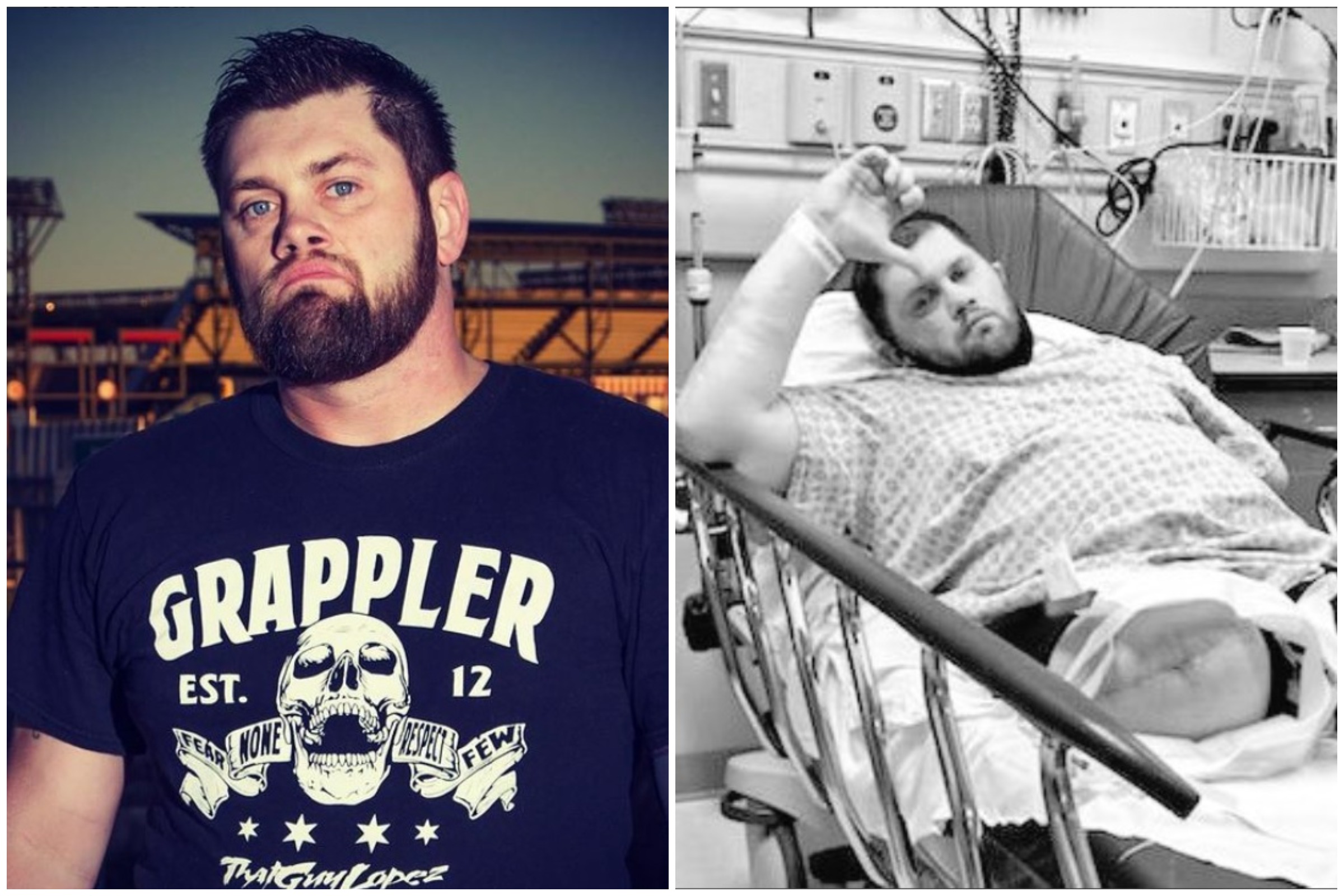 Former pro wrestler Jimmy Rave has revealed that doctors amputated both of his legs after he contracted Methicillin-resistant Staphylococcus aureus (MRSA).

Rave, real name James Guffey, took to Twitter on Sunday to share news of the operation, which took place in June, months after he had his left arm amputated.

Sharing a black-and-white photo of himself in a hospital bed after his recent double amputation, the retired wrestler opened up about this ordeal.

The Georgia native, best known for his work with Ring of Honor (ROH) and Total Nonstop Action Wrestling (TNA) wrote: “Apparently it’s time for me to come clean. This past June I began having trouble walking & went to my surgeon.

“He determined I had MRSA in both legs & they needed to be amputated immediately. Promoters can tell you along with my peers, I’ve had a history w/this and would cancel Shows often due to this condition.”

Rave, 38, then went on to address erroneous “rumors” that had been circulating about him no longer appearing at wrestling shows.

“I don’t know where rumors started this was due to something else, but I hadnt been to shows for so long,” he continued. “So where did someone see me do something? *I* have ALWAYS been honest with my past. *I* went on podcast n interviews being super candid.

“Pro Wrestling is all I ever loved. It sucks to think that the tribe I would have died for, would say untrue things about me. I’ve gone this whole time not disclosing my legs because of this embarrassment. Sorry I fell short of your expectations. I tried … I really did.”

Last week, Rave posted a photo of what appeared to be a hospital bill, totaling up to more than $100,000, as he thanked those who have supported him thus far.

“Thank you to all those who have been supportive of this journey thus far,” he captioned the image. “Your contributions have helped in my daily living and getting life back in order. I just recently got this bill in the mail …WOW!”

He shared his PayPal and Cash App information, for those who were able to contribute to his medical costs.

Toward the end of 2020, Rave revealed he was retiring from professional wrestling after 21 years, after an infection forced doctors to amputate his left arm.

He wrote in the post, shared on November 28: “I have been very blessed for the last 21 years in professional wrestling and getting to live out my dream.

“Today, that dream has ended for me and I have a new reality. This past Tuesday my world came crashing down when Doctors found an infection in my left arm.”

“I tried toughing it out but by the time I saw a doctor it was too late and they had to amputate my left arm above the elbow,” he went on. “Thus effectively ending my ring career.

“I appreciate everyone who has supported me or anyone who has pegged me with a roll of toilet paper. To my brothers & sisters I have shared the ring with or a locker room; thank you for always pushing me to be better. Thank You to all of my mentors and students who allow me to still feel needed.”

“This was the hardest thing I ever had to type,” he concluded. “If you have questions or comments please feel free to DM me. Please take your health much more seriously than I did. I am sorry for anyone I have let down. Support pro wrestling!”

Rave did not indicate if the infection in his left arm was MRSA-related.

According to the Centers for Disease Control and Prevention (CDC), MRSA is a staph infection that is resistant to several antibiotics.

The CDC’s website states that the risk of becoming infected “increases with activities or places that involve crowding, skin-to-skin contact, and shared equipment or supplies.

“Some of the people who carry MRSA can go on to get a MRSA infection. Non-intact skin, such as when there are abrasions or incisions, is often the site of an MRSA infection.

“Athletes, daycare and school students, military personnel in barracks, and those who receive inpatient medical care or have surgery or medical devices inserted in their body are at higher risk of MRSA infection.”