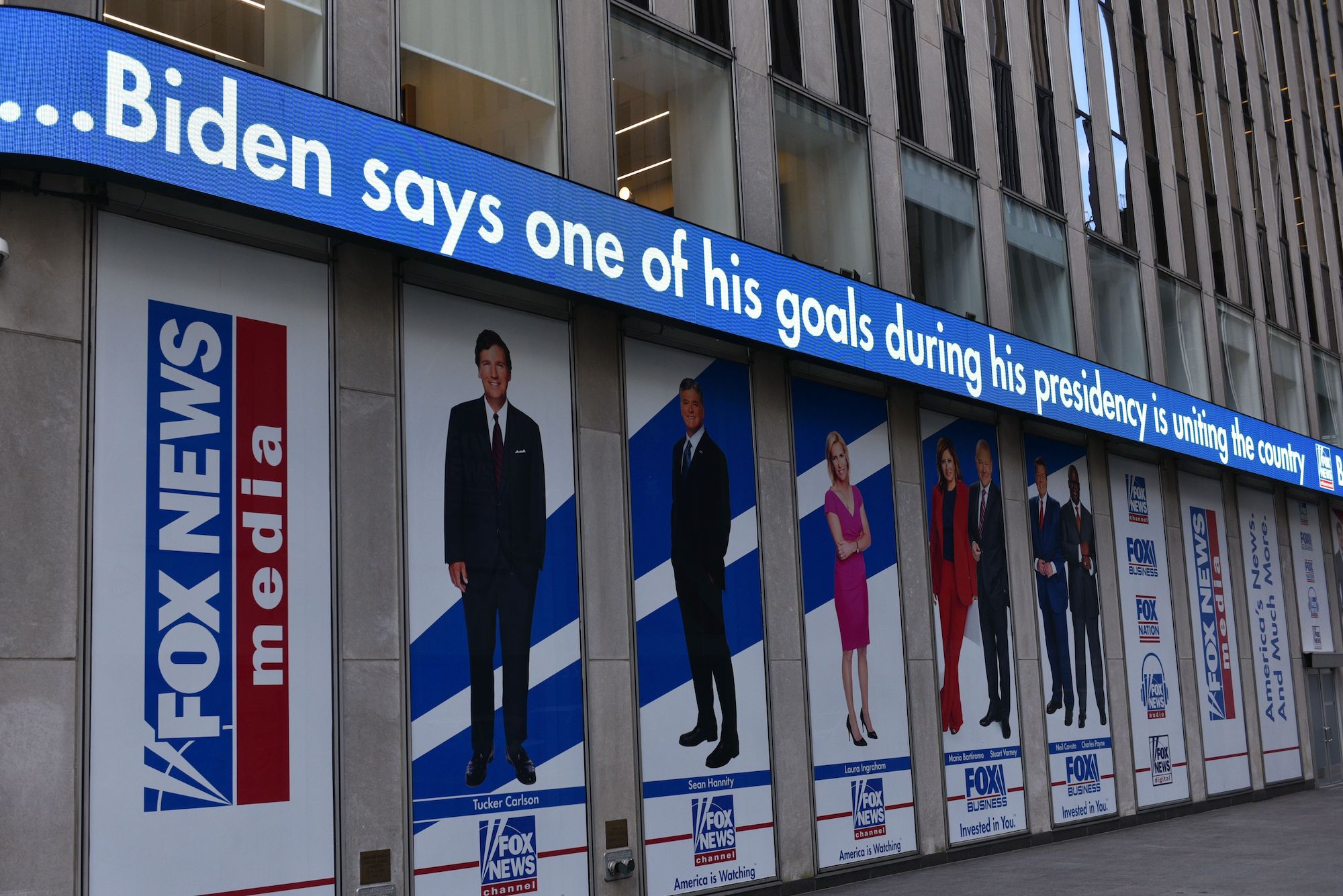 With every passing year, Christmas seems to creep into American society earlier and earlier. And this year, the right-wing media’s “war on Christmas” obsession—a recurring theme on Fox News—is getting the same treatment. On October 4—nearly four weeks before Halloween—the first shots of the holiday-season culture war were fired on Fox & Friends, with the hosts accusing both Joe Biden and Anthony Fauci of trying to cancel Christmas. “All sorts of things you’re not going to get in time for Christmas,” said Steve Doocy while discussing the ongoing global supply-chain issues, before lamenting the fact that he can’t even get “the Doocys’ favorite kind of coffee” because of mass product shortages caused by the pandemic. Cohost Brian Kilmeade then blamed America’s laborers, saying that “nobody wants to work anymore, and it’s too easy for people to take their time going back to work,” while Ainsley Earhardt seemingly blamed unemployment benefits for making it “free” for Americans to stay unemployed. However, Kilmeade did offer a silver lining, saying that “no wonder Dr. [Anthony] Fauci is about to cancel Christmas, we’re not going to have any presents anyway, so it’s going to really work out.”

The spotlight on Fauci isn’t new: Last year it was Tucker Carlson accusing him of trying to cancel Christmas after he advised that indoor gatherings be limited. While Fauci has said that “it’s just too soon to tell” whether or not he would advise Americans to resume having large holiday gatherings this year, his cautious health advice is just part of conservative media’s assault on the Biden administration over Christmas. The White House is currently scrambling to solve the large number of U.S. imports being delayed at various points in the supply chain, including at shipping yards, train stations, and trucking routes. As a result, a senior White House official has warned that “there will be things that people can’t get” this holiday season. “At the same time, a lot of these goods are hopefully substitutable by other things,” the official said in an interview with Reuters this week. “I don’t think there’s any real reason to be panicked, but we all feel the frustration and there’s a certain need for patience to help get through a relatively short period of time.” To tackle this problem, the Biden administration appointed John Porcari, who served as Barack Obama’s deputy secretary of transportation, as a port envoy. “It’s important to remember that the goods movement system is a private sector-driven system,” Porcari said. “While the pandemic was an enormously disruptive force, I think it also laid bare what was an underlying reality, which was the system was strained before the pandemic.”

Despite the administration’s efforts to solve it, America’s bottleneck has turned into a favorite talking point for Republicans and right-wing pundits to hit the president with. “Biden facing a nightmare come Christmastime, thanks to rising inflation and a supply crisis,” said Fox News host Jesse Watters on Tuesday’s edition of The Five. “Gifts are going to cost a fortune and that’s even if you’re lucky enough to snag anything thanks to massive delays rocking the supply chain…. And on top of all of that, Biden’s massive spending plans are set to make things 100 times worse.” Cohost Dana Perino added that the Biden administration is entering the “crisis of confidence danger zone. When little Jesse Jr. can’t get his Christmas presents, that’s going to be bad…and he will not be happy about it.” Later in the segment, Greg Gutfeld chimed in to announce that “old Joe” is sending America into a “dystopia,” adding that the children of those working in the Biden administration are still going to get the Christmas “gifts that your kids aren’t going to get because that’s why they’re in politics, to be exempt from the scarcity that we have to deal with.”

On Sean Hannity’s prime-time show, Biden has been described as “the Grinch Who Stole Christmas,” with the host telling his viewers that “Christmas presents for your kids may not arrive on time or even at all. According to Jen Psaki, that’s not her problem.” Hannity went on to blame the Biden administration’s nationwide employee vaccine mandate for the holiday season’s supply-chain issues, saying that if Americans have to wait to “get your Christmas presents next year” it will be because “Biden’s vaccine mandate [is] making things worse.” Laura Ingraham also did a segment this week on “the Biden Who Stole Christmas.” The Hannity and Ingraham segments are by no means outliers: Since the beginning of October, the word “Christmas” has been mentioned more than 400 times on Fox News and Fox Business, according to a TV Eyes transcript search of the networks.

The Fox News narratives about Christmas being “canceled” have since made their way into the GOP’s platform, with the House Republicans’ Twitter account accusing Biden of “trying to steal Christmas” and declaring that “Americans are NOT going to let that happen.” In a separate post, Rep. Claudia Tenney, a Republican from New York, wrote to “inform Biden and Fauci that regardless of what they say, Americans are celebrating Christmas.” In a Newsmax op-ed published last week, former Trump adviser Steve Cortes stated that the “Biden Blue Christmas is heading this way” and blamed the administration’s “spending orgies” for causing a “scarcity of vital consumer goods right into the critical Christmas shopping season.”