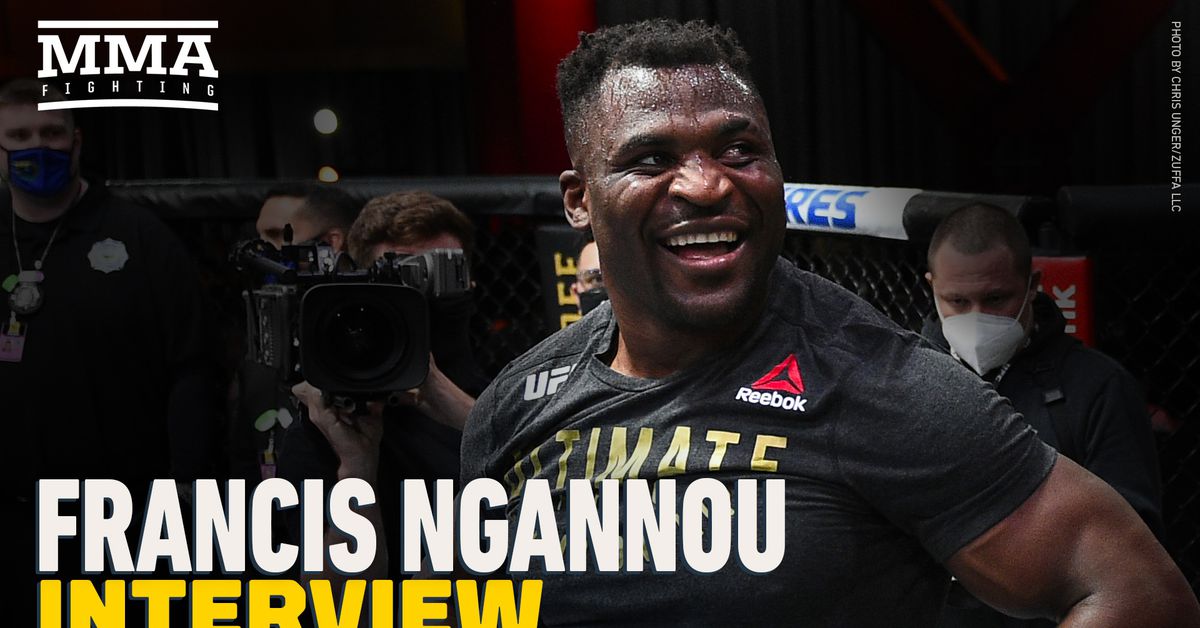 Francis Ngannou understands the frustration of not being able to fight consistently.

Prior to becoming heavyweight champion this past weekend at UFC 260, the 34-year-old knockout artist wanted to keep a much busier schedule as he got closer and closer to title contention. Unfortunately, with Stipe Miocic and Daniel Cormier tied up in a trilogy, Ngannou and every other heavyweight were stuck waiting for that series of fights to finish before anyone else could compete for UFC gold.

After finishing Miocic with a vicious second-round knockout in their rematch, Ngannou turned his focus towards a showdown with former light heavyweight champion Jon Jones, who had already been teased as his next opponent. Despite his own desire for that fight, Ngannou has watched as Jones has engaged in a very public dispute over his pay for that potential matchup and going as far as asking the UFC for his release from the promotion.

While it’s entirely possible cooler heads will prevail, Ngannou knows fight negotiations don’t have a time limit, which is why as much as he hopes Jones is his next opponent, he refuses to serve as an obstacle to every other heavyweight contender trying to get a title shot just so he can get what he wants.

“I want [Jon Jones] to be [my next fight] but once again, I don’t have a say on that,” Ngannou told MMA Fighting on Tuesday. “I don’t really know what’s going on with Jones and the UFC. I don’t know what is the matter but once again, it’s not my business. I just try to handle my end, which is not easy as well for me. I just deal with myself. I can’t tell Jon Jones what he has to do. I would like to have that fight but [as opposed to that fight] I won’t be sitting here waiting for some fight because it’s the only fight.

“There’s a lot of good fights out there. The roster right now is full of good contenders that you can eventually want to fight. This is what I have been expecting just to stay active because in the past two years, I’ve only fought just like twice and I don’t want this to happen again and also I don’t want to be accountable for somebody else in the division not having a title shot because I’m holding onto it because I’m being inactive.”

Ngannou first attached himself to a possible fight against Jones almost a year ago when the longest reigning 205-pound champion in UFC history started teasing a move to heavyweight.

The same problems plagued the fight coming together back then as Jones ended up at odds with the UFC over his contracted pay and the proposed bout with Ngannou eventually faded away.

Now that he’s the defending UFC heavyweight champion, Ngannou understands that his obligation is to defend the title and keep the division moving. If Jones isn’t next, Ngannou is confident they’ll eventually cross paths.

“I tried to have this fight a long time ago but understood it wasn’t my call,” Ngannou said. “There’s a lot of things going on in order to make a fight happen. Sometimes a good fight comes when you’re not even expecting it.

“There’s so much fights out there for instance with Derrick Lewis since we never give the fans what they were expecting to see. That is also a good fight to have.”

If the Jones fight doesn’t happen, Lewis would be the obvious next choice after he demolished Curtis Blaydes in his most recent outing to cement his place near the top of the division.

Lewis also holds a win over Ngannou from a largely uninspired fight in July 2018 where the heavyweights rarely engaged with each other over three rounds, which led to a lackluster decision. Nearly three years later, Ngannou knows he has some unfinished business that needs to be settled with Lewis.

“Basically after a few years thinking about that [fight] and being in line for the title and being the champion and him wanting that belt for the second time as well, I think there is a lot of drive in this fight and a lot of frustration to make it way more different,” Ngannou said about facing Lewis a second time.

Ultimately, Ngannou wants to add onto his legacy as he looks to cement himself as one of the greatest heavyweights of all time and there’s a lot of roads he still has to travel to get there.

He already vanquished arguably the best heavyweight in UFC history in Miocic and adding Lewis to his resume would help him erase a demon from his past. Then again, Ngannou knows beating Miocic and Jones as back-to-back opponents would put him in rarefied air and he certainly understands the desire to get paid for a fight of that magnitude.

“I think everybody wants to get paid,” Ngannou said. “Whether it’s in the UFC or in the office, everybody that’s walking would like to get paid. That’s just obvious.