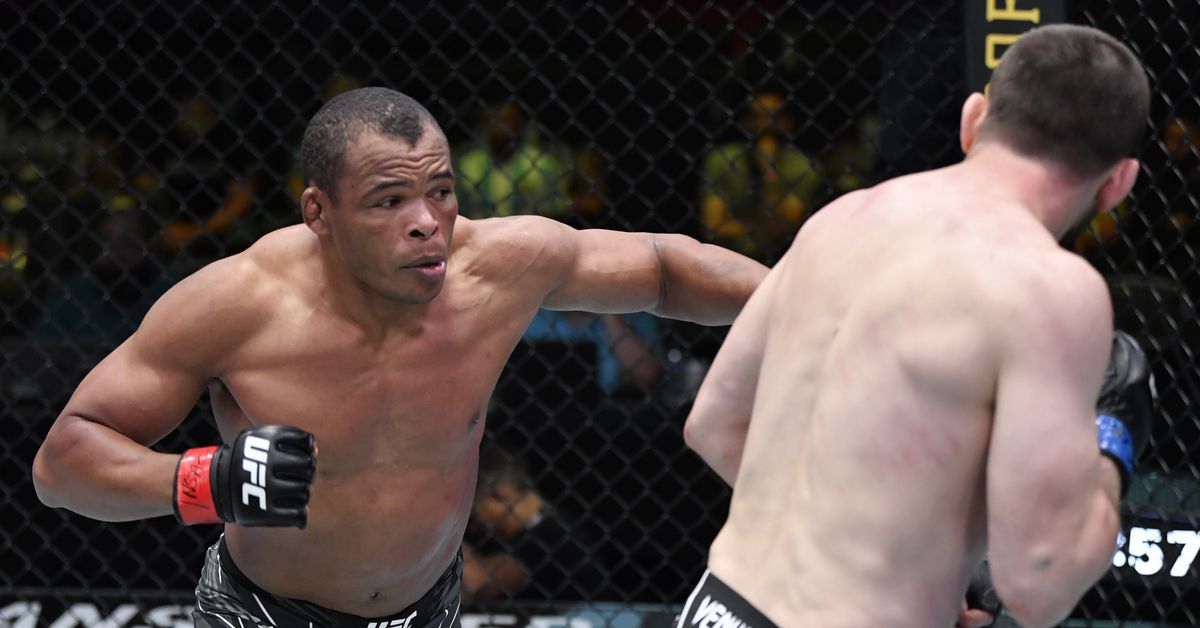 UFC veteran Francisco Trinaldo still sees a long road ahead of him before he thinks about retiring from mixed martial arts. At the ripe age of 43, the Brazilian just picked up a split decision win over Dwight Grant and wants to keep the momentum going for much longer.

In an interview with Combate, ‘Massaranduba’ explained that he feels reinvigorated at the new division and eager to continue fighting at a high level. In fact, if Francisco manages to stay healthy, he wishes to compete until he retires at the age of 50.

“I told my friends and coaches, this is all I’m good at,” Trinaldo said. “So when fight day comes, I turn into a person who is only concerned about getting the win. I talk to myself, I picture it in my mind. I’m a warrior. I see myself as infallible. I really like fighting, it’s no wonder I’m 43 and intend to fight until I’m 50. I feel really young. People think that my youth is over just because I’m 43. My youth is starting now. Anyone who’s fighting me, they better be ready, because I will be.”

After picking up a close split decision win over Grant, Trinaldo says he wanted to score a finish, but praised his opponent toughness for preventing him from doing so. For his next fight, Francisco hopes to put on a more impressive performance in order to be a role model for children in his native Brazil.

“I went out there to get a KO or a submission,” Trinaldo said. “That guy was really tough, really strong. I just thought he didn’t have knockout power. Little by little, I will get these things right. The way I have to train, the way I have to fight. I’m starting now (at welterweight). I’m always learning and I’ll learn even more so I can bring the victory to my people. I’m like a super hero to many kids in Brazil.”

Before the win over Grant, Trinaldo (27-8) had dropped a unanimous decision to Muslim Salikhov, back in June, in his welterweight debut. The defeat snapped a three-fight winning streak for the Brazilia, with victories over Jai Herbert, John Makdessi and Bobby Green.