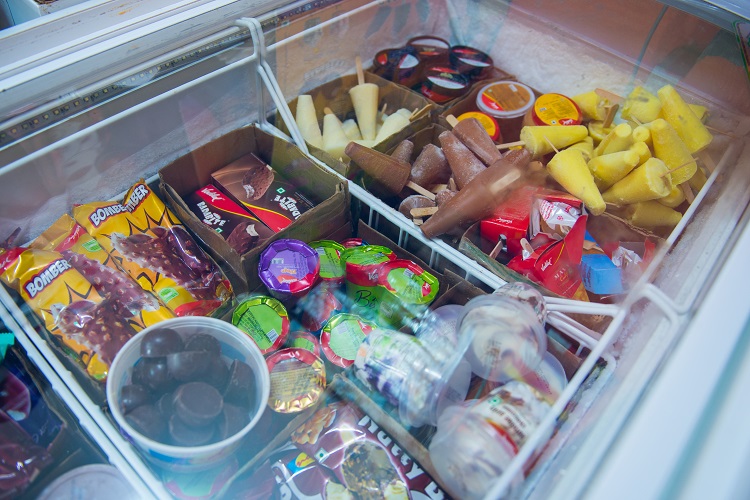 Nomad Foods has entered into an agreement to acquire the frozen food business of Croatia’s Fortenova Group for approximately €615m.

The company plans to finance the transaction through cash and borrowings, with the deal expected to close in the third quarter of 2021.

Strategically, the buyout – which marks Nomad’s second in six months – is significant for at least two reasons.

The deal provides Nomad with access to 30m new consumers, which is comparable to Nomad’s average number of consumers in the UK, Italy, and Germany. Once onboarded, Fortenova’s frozen food business will become Nomad’s fourth largest – when viewed as a combined region – behind the UK, Italy and Germany.

Secondly, the acquisition represents Nomad’s first foray into the ice cream category. Fortenova has an ‘exceptional’ ice cream company, Nomad CEO Stéfan Descheemaeker told investors yesterday. “This is a category that is new to us, and one we are excited to enter.”​

The ‘impactful’ and ‘sizeable’ €615m transaction is expected to pay off in future organic revenue growth.

According to Nomad CFO Samy Zekhout, the Fortenova portfolio is expected to generate mid-single digits organic revenue growth – representing two times that of Nomad’s existing business – with an opportunity to grow adjusted EBITDA by 50%.

Further, with synergies between the two operations, Nomad has a ‘clear line of sight’ to over 20% EBITDA margin within three years of the deal’s close, he told investors.

Once Fortenova’s frozen stable is onboarded, it will represent a significant proportion of Nomad’s revenue. “With nearly €300m of revenue expected this year, the business will represent approximately 10% of our combined annualised revenue base in 2021,” ​he revealed.

“On this same basis, this equates to adjusted EPS (earnings per share) of over US$2.”​ ​

Nomad noted that in paying for a percentage of the transaction via borrowings, its pro forma leverage is expected to increase from 2.8x to 3.8x. However, with the cash generated from the new business, the company forecasts it will cut this to under 3x by the end of 2022.

“Overall, we continue to maintain a moderate leverage profile and remain committed to a strong credit rating,” ​said Descheemaeker.

Concerning the deal size itself, the valuation is under 10x EBITDA. With synergies taken into account, Nomad believes this represents a ‘reasonable’ valuation for such ‘rare assets’.

Andrew Lazar, senior analyst of Packaged Food at Barclays, agrees. Barclays believes the size, margin and growth profile, as well as its potential accretion, profit opportunity, and reasonable acquisition price are ‘incrementally positive’. “We continue to view this transaction very favourably from both a strategic and financial perspective,” ​he noted.

‘New brands the Birdsye, Iglo and Findus of the Balkans’​

The acquisition will see Nomad onboard nine brands from Fortenova’s stable, including ‘iconic’ names Ledo and Frikom.

“These brands have incredible consumer awareness with unparalleled number one share in several countries,” ​said Descheemaeker. “They stand for high quality food that is convenient and nutritious, and as you’ll come to learn they are, in many ways, the Birdseye, Iglo and Findus of the Balkans.”​

Ledo is one of Croatia’s ‘most loved brands’, with consumer loyalty on-par with names such as Cocoa-Cola, Milka or Barilla, said the CEO.

Nomad says Leda and Frikom operate in a similar ‘global local’ model to its own existing stable. “Leda, for example, is known as a local brand in Croatia, although it also operates in other countries. The same goes for Frekom, which is a core brand in Serbia.”​

Overall, Fortenova’s frozen food business has an ‘even balance’ between frozen savoury and ice cream, which each represent roughly 50% of sales. Within the frozen savoury category, Nomad has observed several synergies, including ‘strong representation’ within fish and vegetables.

Understandably, this part of Fortenova’s business has taken a hit over the past 12 months, suggested the CEO. “An important area of exposure is Croatian tourism, which has effectively been closed for business over the past year. We look forward to the post-pandemic recovery here and learning more about this highly profitable and dynamic category.”​

Concerning Nomad’s business plan, the CEO said the company plans to optimise its local portfolio within the existing distribution, before considering expansion into western European markets.

“First things first: we are going to learn from ice cream,” ​revealed Descheemaeker. “If at some stage there are some opportunities abroad, we will obviously [take them], but first things first.”​

It is noteworthy that Nomad has now made entered into two acquisition agreements within a period of six months, and a good number since the company was established six years ago.

“We have developed a strong track record for acquiring and integrating complementary frozen food acquisitions since Nomad’s formation in 2015. In fact, with combined annual revenues approaching €3bn this year, we have nearly doubled the revenue base of this business, relative to…when we made our first anchor acquisition with the Iglo Group,” ​said the CEO.

Based on Nomad’s current 2021 guidance, it expects to deliver a five-year revenue growth of 6% with balanced contribution from organic growth and acquisitions.

Whether the company will continue to grow inorganically is the question on many a lip. According to Descheemaeker, investors should not be surprised by announcements of future acquisitions.

“While it is our second acquisition in six months, you should not assume that we are done,” ​he told investors. “Our M&A pipeline is active and we will continue to pursue unique opportunities as they arise.”​

For the CEO, that could bean either entering into new countries, as well as buying into complementary categories within existing markets.

Descheemaeker assured investors that from a financial standpoint, Fortenova business is a ‘good cash machine’, and with Nomad’s growing experience in M&A, ‘there is no reason for us to stop’.

Co-chairman and non-executive director Sir Martin Ellis Franklin backed up Descheemaeker sentiment. “These types of properties don’t come around all the time. If another region that fits perfectly into our portfolio comes along, I don’t think timing is a factor, and we have more than adequate resources from a management and from a financial standpoint to absorb another acquisition.​

“These are great opportunities and they have literally decades of runway with brands that consumers have grown up with since childhood, so the intangible value of that is an opportunity obviously we wouldn’t want to miss should another region become available.”​

Barclay’s Lazar said it is possible that further accretive M&A activity will come to light as the year progresses. However, “in our view, in other likelihood, other potential deals would be smaller than this one and likely not require to increase leverage by more than 0.25x”.​