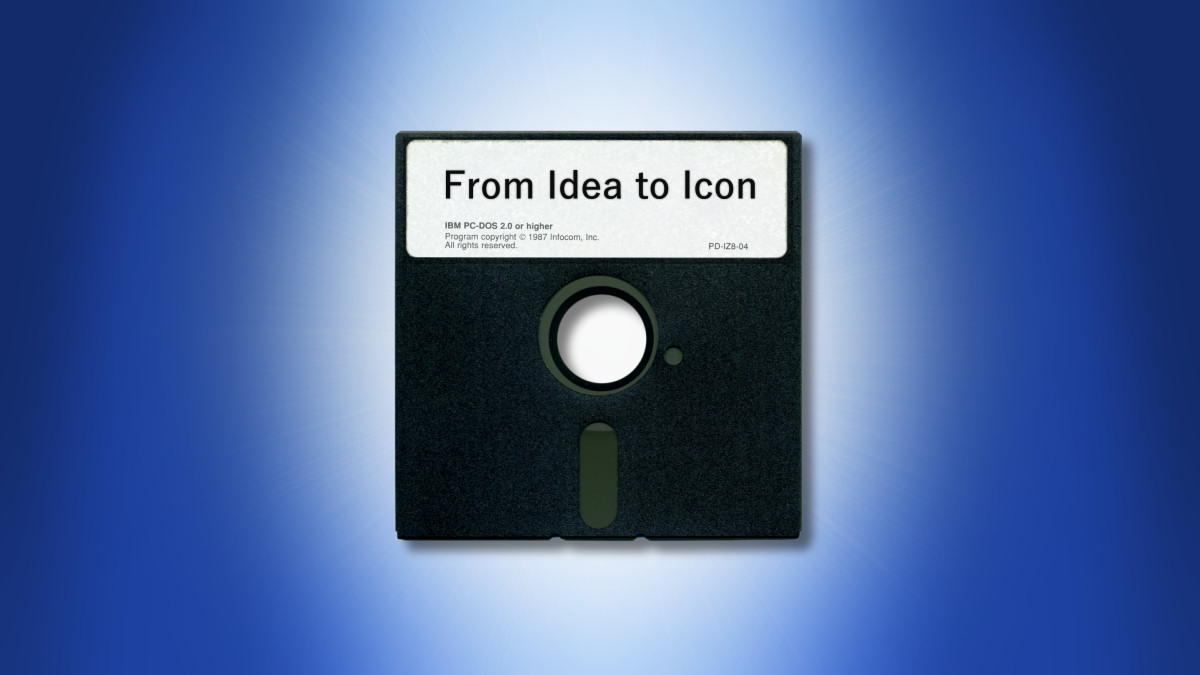 Fifty years ago, IBM introduced the first-ever floppy disk drive, the IBM 23FD, and the first floppy disks. Floppies made punched cards obsolete, and its successors ruled software distribution for the next 20 years. Here’s a look at how and why the floppy disk became an icon.

Origins of the Floppy Disk

Throughout the 1960s, IBM shipped many mainframes with magnetic core memory, which could retain its contents when powered off. As the mainframe computer industry began to use solid-state transistor memory that lost its contents when powered down, IBM found itself needing a way to quickly load system software into these new machines at boot to get them going. The conventional solution required loading data from stacks of punched cards or spools of magnetic tape, which could be slow and bulky.

That led to a search, beginning in 1967, for a new removable storage medium that could retain information without power and could be transported easily to remote computer installation sites. Soon, an IBM engineering team led by David L. Noble came up with a rotating flexible plastic disc impregnated with iron oxide that could hold a magnetic charge similar to magnetic tape. To improve reliability, the team placed the disc inside a plastic sleeve surrounded by fabric that could sweep away dust as the disc rotated.

In 1971, IBM introduced the world’s first commercial floppy disk drive, the 23FD Floppy Disk Drive System. It used 8″ square disks that held about 80 kilobytes. In a notable limitation, the drive could only read data, not write it. A special drive at IBM wrote the disks that would then be distributed to remote computer systems for loading system updates. Initially, IBM referred to its first floppy disk media as a “Magnetic Recording Disk” or a “Magnetic Disk Cartridge.”

IBM called its new disk a “floppy disk” because it was flexible, unlike the rigid aluminum platter hard disks that came before it. The idea for a floppy rotating disk was so novel that ComputerWorld described a competing floppy diskette technology developed by Innovex as a “sheet of magnetic tape” in 1972.

In 1973, IBM released a refined version of the 8″ floppy disk called the “IBM Diskette” (“Diskette” meaning a small disk—and also potentially referring to its secondary position relative to hard disks in a computer system.). With the IBM Diskette’s matching 33FD floppy drive, users could write data to the disk as well as read from it, so IBM hailed it as a new medium.

The new read-write IBM Diskette medium first found use in the IBM 3740 Data Entry System, which the firm designed to replace “keypunch” data entry systems in use at the time that would write data to stacks of paper-punched cards.

The floppy diskette represented a substantial breakthrough in computer data storage, with each diskette equivalent to about 3,000 punched cards in data capacity. Compared to huge stacks of punched cards, the floppy disk was small, portable, light, inexpensive, and re-writable.

From Mainframes to PCs

While initially used for mainframe computer systems, floppy disks quickly played a key part in the personal computer revolution of the mid-1970s.

While initially, the high expense of 8″ floppy drives and controllers made many early PC hobbyists stick to paper tape or cassette drives for storage, floppy technology kept pushing forward. In 1976, Shugart Associates invented the 5.25″ floppy drive, which allowed for smaller, less expensive media and drives.

Consumer PC breakthroughs, such as Steve Wozniak’s Disk II system for the Apple II, brought floppy disk storage to the masses in the late 1970s. Although some inexpensive home computers still regularly used cassette tape drives for storage until the mid-late 1980s, floppy drives became standard equipment for early business-oriented personal computers by the late 1970s. In 1981, the IBM PC 5150 shipped with bays for two 5.25″ internal floppy drives, further cementing their use in the industry.

RELATED: What Was CP/M, and Why Did It Lose to MS-DOS?

Interesting Floppy Formats Through the Years

Over the course of four decades, dozens of manufacturers experimented with different floppy disk formats and densities. Here’s a list of a few notable ones, including a few that we’ve already mentioned.

RELATED: Even 25 Years Later, the Iomega Zip Is Unforgettable

Floppy as Save Icon

With so many people using floppy disks to store computer data on personal computers in the 1980s and 1990s, software programs in the GUI era began to represent the act of saving data to disk with an icon of a physical floppy disk. Decades later, the trend persists in programs such as Microsoft Word and Microsoft Paint.

This has led to some criticism due to the fact that many computer users today didn’t grow up using floppy disks, so they might not know what they are. For the past decade, there’s been a joke going around on the internet where someone represents a real floppy as a 3D-printed “Save” icon.

In the “I’m getting old” department.., a kid saw this and said, “oh, you 3D-printed the ‘Save’ Icon.” pic.twitter.com/rwgCpSjfDQ

Skeuomorphism is everywhere in interface design, with gears representing the inner workings (Settings) of a computer, SLR cameras representing a camera app, and vintage telephone receivers often used as “call” buttons or phone app icons. While some younger people might not know what a floppy disk is today, they have probably already learned that it represents the “save” action, even if they don’t know its origins.

Tech ancestry is in our language as well. A “dashboard” was originally a wooden panel at the front of a carriage designed to protect riders from mud kicked up by horses, but over time, the word gained new meanings as it began to represent different things—from automobile interiors to software interfaces. Will the floppy disk save icon end up that way, too? Only time will tell.

End of the Floppy

After the introduction of the CD-ROM drive in the 1980s and its mass adoption in the 1990s, and then competition from Zip Disks, CD-Rs, USB thumb drives, and beyond, the 1.44 MB 3.5″ floppy format seemed doomed by the late 1990s. But the format held out far longer than anyone expected, regularly shipping in PCs up until the mid-2000s thanks to its traditional role of providing BIOS updates to PC motherboards and as a cheap way of distributing device drivers for PC peripherals.

Apple made a decisive move against the floppy disk in 1998 with the release of the iMac, which controversially omitted any kind of floppy drive for the first time in Macintosh history. By that time, Apple assumed that people could transfer files through LANs, CD-ROM, and over the internet—and the company was largely right. Without the legacy reliance on BIOS upgrades by floppy, the Mac was free to cut its floppy ties earlier than most.

While some people still used floppies for quick data transfers by the late 2000s, the floppy’s commercial end had finally come. In 2010, Sony announced that it would cease production of floppy disks in March of 2011 due to dwindling demand, and today, no one manufactures floppy disks or floppy drives, at least to our knowledge.

Still, legacy uses of floppies remain. As late as 2019, some United States nuclear weapons systems still relied on 8-inch floppies to operate properly, although they recently received a floppy-free upgrade. In August of 2020, The Register reported that Boeing 747 airplanes still receive critical software updates over 3.5″ floppy disks. Why stick with them? Because they’re a reliable, known technology, built into critical systems that aren’t easy to just swap out without potentially endangering lives.

Today, many vintage computer hobbyists still use floppies for fun. But if you still have important data on floppies yourself, it’s probably best to back it up to more modern formats (not CD-Rs!) because old floppy disks can lose data over time due to environmental damage or the loss of magnetic charge on the disk surface.

Either way, 50 years after the floppy disks’ launch, it’s amazing that the technology is still with us. I’d say that’s a big success, and IBM is rightfully proud of itself for initially inventing the medium. Happy birthday, floppy disks!

RELATED: The CDs You Burned Are Going Bad: Here’s What You Need to Do