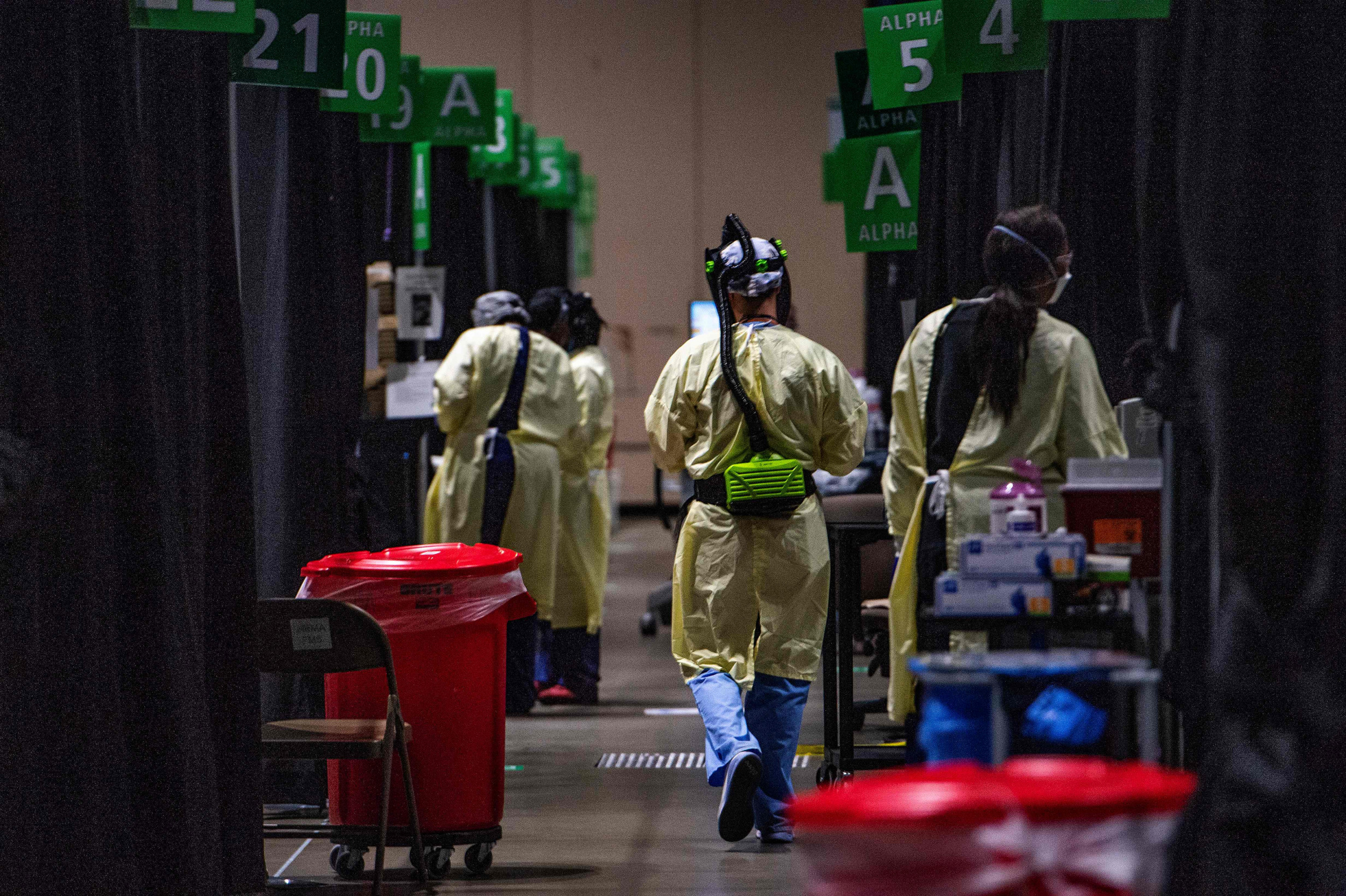 As increasingly secular liberals find more and more meaning in politics, they are becoming increasingly fundamentalist. Liberals are adopting the same rigid approach they decry in others, refusing to compromise, consider alternative viewpoints or even view their beliefs as falsifiable. Importing this religious fervor into policy debates renders liberals incapable of considering proportionality, cost-benefit analyses or appropriate trade-offs.

Liberals have recently transformed their environmental campaign into a moral crusade, and they are bringing this absolutist approach to fighting the COVID pandemic. Viewing climate change in apocalyptical terms has left them unwilling to consider lower-carbon transition fuels, like natural gas, or new technologies, like carbon capture. Their faith disavows any concession of offsetting costs like job losses in high-paying fossil fuel industries, higher energy bills and less reliable and convenient energy. Former secretary of state and current climate czar John Kerry blithely suggests oil, natural gas and coal workers become solar power or wind turbine technicians—ignoring the fact that these jobs will not offer the same pay, or even be located in the same communities. Renewable energy advocates must contend with the fact they will be creating fewer jobs than the ones lost, and that the new promised jobs are often temporary, offer lower wages and benefits, and require different skills and geographic mobility.

It is tempting to promise win-win solutions, and the benefits may outweigh the costs for coastal urban elites far removed from states and communities heavily dependent on existing energy jobs and energy-intensive industries. It would be more honest to concede the costs associated with overhauling the nation’s entire economy, starting with the transportation and power sectors, and only then make the case for the benefits. Such debate would allow for compromises like investing in mitigation when doing so is more practical, allowing sufficient time for realistic transitions based on available technology, compensating the inevitable losers from new regulations and requiring China and others to abide by the same standards.

The “with us or against us” mentality that alienates potential allies in the fight against global warming is now prolonging the nation’s fight against COVID. Even as liberals proudly declare they are following the science, they continue to resist scientific evidence and common sense alike. The danger is that this COVID theater threatens the nation’s health and economy. Liberal politicians pursue a one-size-fits-all approach to lockdowns and mandates, ignoring the mental health and economic costs associated with continued draconian restrictions.

Teachers’ unions insisted on moving their members to the front of the vaccine lines, but then resisted calls to reopen schools despite a lack of evidence showing widespread transmission from children to teachers. Disadvantaged and minority students are the ones most likely to be harmed by this, while students attending private schools often have more options to receive in-person instruction. Mask mandates that don’t differentiate between the vaccinated and the unvaccinated, as well as ones that require masks for folks spread apart outdoors, reduce the incentive for the hesitant to get vaccinated. A more nuanced approach to COVID—one that provides Americans with relevant information and allows them to make responsible decisions for themselves—would give people both hope and a reason to abide by targeted restrictions. Liberals this year mocked Florida’s Gov. Ron DeSantis for easing mask mandates and other restrictions, as well as distributing vaccines by easy-to-understand categories based on age and risk instead of race and so-called “equity” factors. They conveniently ignore the fact that Florida and Texas case numbers did not skyrocket as predicted, and their death rates are lower than those in New York.

Medical scientists, trained to detect and prevent rare adverse reactions, should be at the table when deciding whether to approve new vaccines or treatments, or whether to suspend such innovations in the face of uncommon side effects. Environmental experts should similarly provide input in the formulation of economic regulations. However, public health administrators, political economists, public policy experts, behavioral scientists, economists and others trained in evaluating human nature and the bigger picture should also be at the table.

Leaders ultimately accountable to the voters must also be involved in making these critical decisions. Americans don’t want politicians to simply ignore the science, but they also want the experts to show more humility and don’t want them to have so much direct control over their lives. American voters are learning to distrust the experts because their supposedly objective advice often seems incomplete and one-sided. Telling Americans they might have to wear masks forever to combat COVID—or that they might have to give up eating meat, having children or driving trucks to combat climate change—invites them to tune out the experts altogether.

The media gives liberals credit for taking aggressive action in response to the crisis of the day, but often moves on to other stories before the actual consequences of those actions can be measured. There is thus a built-in incentive to overreact. Liberals learn to emphasize the worst-case scenario, knowing they will be credited for surpassing that low bar. They aim for unrealistic no-risk solutions, knowing they won’t be blamed for hidden economic and health costs—much less the loss of freedom and the good things that didn’t happen. People died due to the failure to evacuate before Hurricane Katrina, yet people also die due to health stress and traffic accidents in unnecessary evacuations ahead of potential hurricanes that do not materialize.

Liberals routinely deny the trade-offs inherent in their policy choices, preferring the simplistic approach of framing their political debates as good versus evil. They don’t acknowledge the increase in crime that accompanies reducing funding for police, releasing prisoners and restricting certain law enforcement tactics. They don’t acknowledge the slower growth and higher debt payments they are leaving future generations as a result of record-breaking government spending. They don’t acknowledge the higher test scores required for Asian American students to gain entry to selective colleges due to race-conscious admissions policies. Liberal policies may still make sense to many voters, despite the costs, but liberals would be more effective in preaching beyond their choir if they made their case honestly.

@BobbyJindal was governor of Louisiana, 2008-16, and a candidate for the 2016 Republican presidential nomination.