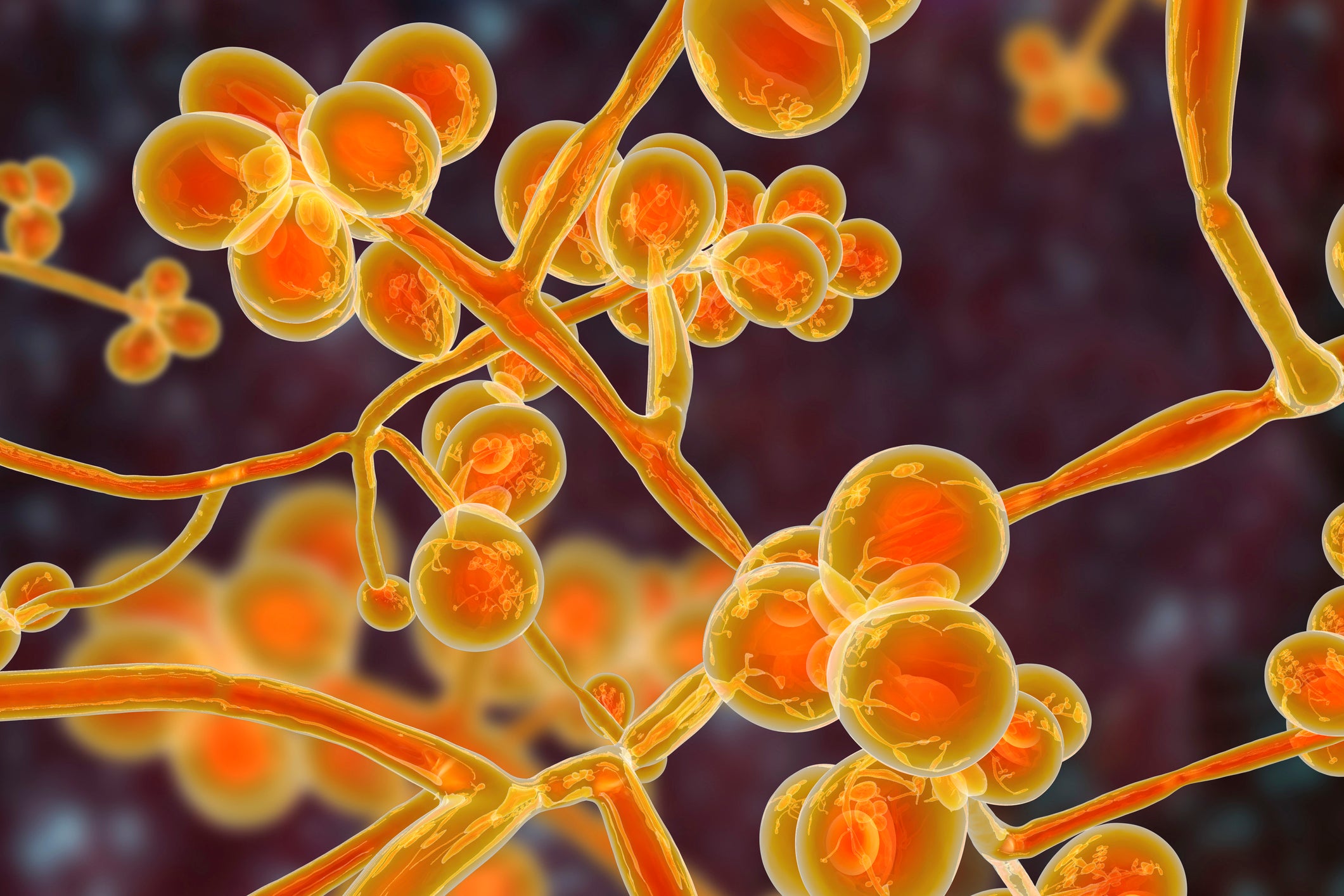 For years, evidence has been mounting that bacteria are linked to cancer, and sometimes even play a crucial part in its progression. Now, researchers have found a similar connection with another type of microorganism: fungi.

Tumours of various types of cancer contain different species of microscopic or single-celled fungus, and investigating the species that are present might one day be useful for diagnosing cancer or predicting its course, according to two studies published in Cell on 29 September. “It’s fascinating to look at fungi in the setting of cancer,” says Ami Bhatt, a microbiome specialist at Stanford University in California. But she cautions that the studies only suggest that there is an association between fungal species and certain cancers—they do not show whether or not the fungi are directly responsible for cancer progression.

Like bacteria, fungal microorganisms form a crucial part of the human microbiome—a delicate balance of microbes living inside the body. To understand how this composition might be altered in people with cancer, Lian Narunsky Haziza, a cancer biologist at the Weizmann Institute of Science in Rehovot, Israel, and her colleagues catalogued fungal populations in more than 17,000 tissue and blood samples representing 35 types of cancer.

As expected, fungi, including several types of yeast, were present in all the types of cancer included in the study, but some species were linked to different outcomes, depending on the cancer. For example, the presence of Malassezia globosa, a fungus that has previously been associated with pancreatic cancer, was linked to significantly reduced survival rates in breast cancer, the researchers found. By also characterizing the bacteria in the tumours, Narunsky Haziza and her colleagues found that most types of fungus had certain bacterial species that they tended to coexist with, meaning that the tumour might favour both fungal and bacterial growth—unlike typical environments, in which fungi and bacteria compete over shared resources.

In another study, immunologist Iliyan Iliev at Weill Cornell Medicine in New York City and his colleagues looked at gastrointestinal, lung and breast tumours, and found that they tended to contain Candida, Blastomyces and Malassezia fungi, respectively. Higher levels of Candida in gastrointestinal tumour cells were linked to more gene activity that promotes inflammation, a higher rate of metastasis and lower survival rates, the researchers found.

Characterizing fungal cells in a tumour is like finding a needle in a haystack, says Deepak Saxena, a microbiologist at New York University who has researched the fungus–cancer connection. Depending on the sample, there is usually only about one fungal cell for every 10,000 tumour cells, he says.

Furthermore, many of the fungal species in question are widespread, which makes sample contamination a serious concern, says Iliev. That meant the researchers had to take great care to filter out any potential evidence of contamination or false matches for fungal DNA from their results. For example, Iliev and his colleagues found a DNA fragment misidentified as portobello mushroom (Agaricus bisporus), a common edible fungus, in tumour tissues from across the body.

Both research teams got most of their tissue and blood samples from databases, so the samples were not collected with the aim of minimizing fungal contamination, says Bhatt. Although the researchers developed methods to filter any potential contaminants out of the sequencing data, she would like to see the results replicated using samples taken in a sterile environment.

Although this research provides the clearest link yet between cancer and fungi, Saxena says more work is needed to understand whether fungi can contribute to cancer progression by causing inflammation, for example, or if advanced tumours create a habitable environment that encourages fungal cells to take hold.

Answering these questions will require researchers to investigate one type of cancer at a time and use laboratory-cultured cells and animal models to test whether the fungi encourage healthy cells to become cancerous, says Charis Eng, a cancer geneticist at Cleveland Clinic in Ohio. Once researchers more fully understand the role of fungi in cancer, they might be able to develop therapeutics or probiotics that control fungal populations, which could help to stop cancer progression, Eng says.

It will also be important to piece together how bacteria, viruses and fungi interact and contribute to cancer, says Nadim Ajami, a microbiome specialist at the MD Anderson Cancer Center in Houston, Texas. “We know that these ecologies coexist,” he says. “When we think about just bacteria or fungi, we tend to forget that they are living within the same environment.”

This article is reproduced with permission and was first published on September 29 2022.

Max Kozlov is a science journalist at Nature whose work has appeared in the Atlantic, Nature, Quanta Magazine and Science, among other publications.

How People Rate Pizza, Jobs and Relationships Is Surprisingly Predictive of Their Behavior
Deadly Heat Dome Was a 1-in-10,000-Year Event