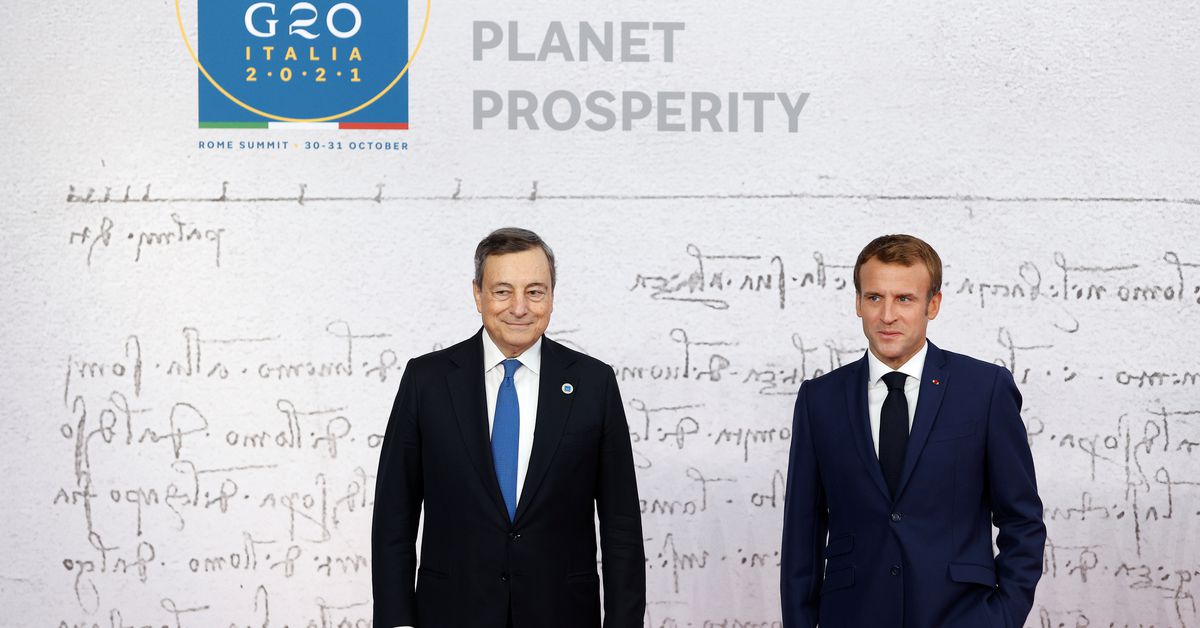 ROME, Oct 30 (Reuters) – Leaders of the world’s 20 biggest economies (G20) will endorse an OECD deal on a global minimum corporate tax of 15%, draft conclusions of the two-day G20 summit showed on Saturday, with a view to have the rules in force in 2023.

“We call on the OECD/G20 Inclusive Framework on Base Erosion and Profit Shifting to swiftly develop the model rules and multilateral instruments as agreed in the Detailed Implementation Plan, with a view to ensure that the new rules will come into effect at global level in 2023,” the draft conclusions, seen by Reuters, said.

The conclusions are to be formally adopted on Sunday.

In October, 136 countries reached a deal on a minimum tax on global corporations, including internet giants like Google (GOOGL.O) , Amazon (AMZN.O), Facebook (FB.O), Microsoft (MSFT.O) or Apple (AAPL.O) to make it harder for them to avoid taxation by establishing offices in low-tax jurisdictions.

“This is more than just a tax deal, it’s a reshaping of the rules of the global economy,” a senior U.S. official told reporters.