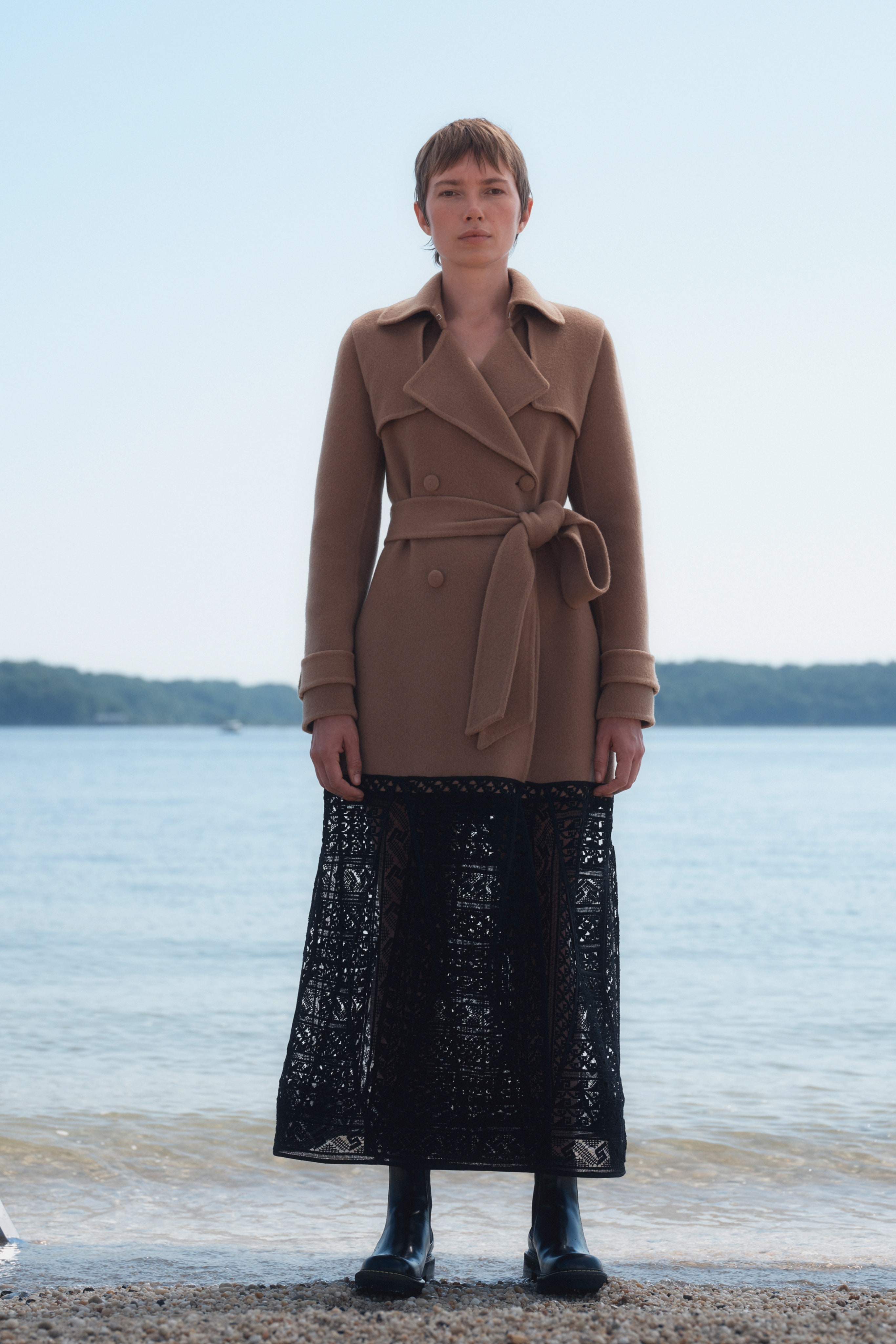 It’s been a long 15 months of Zoom appointments. That’s partly why a showroom visit to Gabriela Hearst’s office felt like an adrenaline kick, but what it really comes down to is the designer herself. I’m not the only one to observe that Hearst is a force of nature. She took on the creative director duties of Chloé in December and has been shuttling between New York and Paris ever since. Resort is the first full season she completed after the appointment, and she confessed she was concerned about pulling it together.

She needn’t have worried. The 38-look lineup, which includes some men’s pieces, appears anything but dashed off. Hearst is making some of New York’s most finely wrought clothes: a double-face cashmere coat finished with a hem of sacred geometry lace, a dress embellished at the neckline with colorful agates left over from her pandemic-interrupted spring collection, a long linen shift with macramé chakanas inset at the chakras, a leather coat in earthy tones assembled like marquetry, and cashmere intarsia sweaters with famous North and South American sites from Yellowstone to Machu Picchu.

Those are just the more obvious details. Meanwhile, her efforts around sustainability are ongoing. A jean jacket and its matching flares were patchworked in a rainbow of four different shades of deadstock denim. The collection is 49% upcycled or deadstock material, close to her stated goal of 50% for 2021. The biggest advances might be in her footwear. Sandals with deep cork beds are a guaranteed hit—the cork is harvested without cutting down trees and it can biodegrade. There are also boots made with natural rubber soles and espadrille flatforms built on a base of algae-derived foam that cuts down on plastic.

Hearst talks about the couture-level embellishments and the nitty-gritty of responsible design with the same enthusiasm. But she’s most passionate about her many collaborators, from her daughter Mia, who painted the rainbow eyes that appear on some silk separates, to the New York artisans whose workmanship on the collection’s macramé-inset shifts she says rivals anything in Paris. She would know.