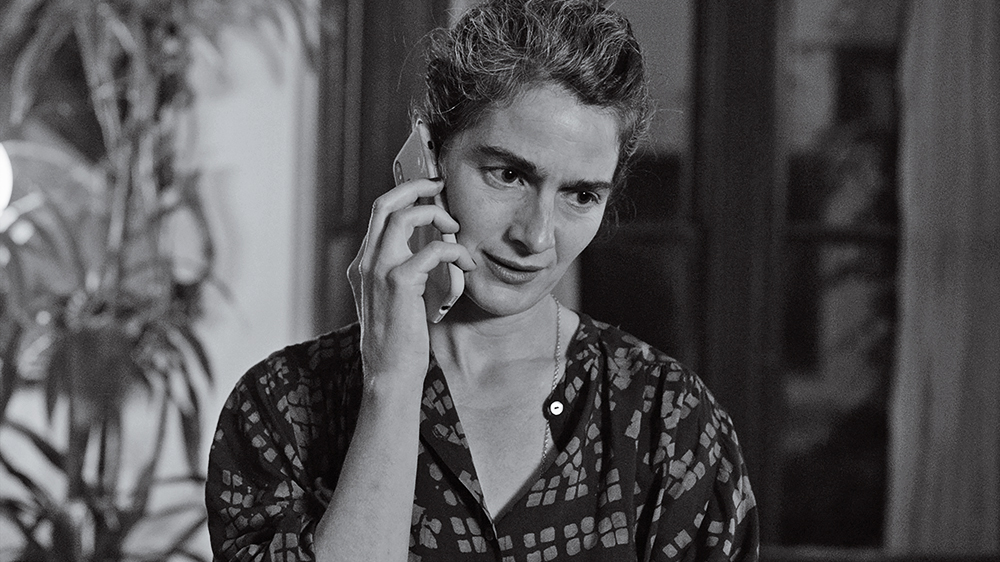 “C’mon, C’mon” is a buddy road movie of sorts, as Joaquin Phoenix, as Johnny, a radio journalist, tries to bond with and care for his 9-year-old nephew, Jesse (Woody Norman), but struggles in difficult circumstances. Ultimately, the exploration of family, parenting, relationships and responsibility, director Mike Mills says, means that the “hidden center” of the film is the third wheel, Johnny’s sister, Viv, who is Jesse’s mother.

Gaby Hoffmann was sold on the role of Viv even before she read the script. “I had a very long, luxurious dinner with Mike where we began a conversation about all the things the movie is about, and it felt like the beginning of a conversation we might be having for the rest of our lives,” she says of their sympatico sensibilities.

Mills says the Hoffmann, a former child actor who has been nominated for Emmys on “Girls” and “Transparent,” gives performances that are grounded but unpredictable. “She’s wildly intelligent and funny —you never know what she’s going to do next, but you totally buy everything. She does little jazz moves inside the lines so even when the lines were 98% my words, they didn’t feel written.”

Mills’ Mike Leigh-esque approach uses pre-rehearsal discussions and time together to create chemistry and help the actors bring their own authenticity and personal touches to the role. “I want the actor to be a co-author with me,” he says.

But Hoffmann and Phoenix also veered off from Mills’ plan.

While she spent time with Mills and Norman, Hoffmann felt “Joaquin and I should not do that— while I’m not a Method actor, our characters had been estranged but also I had this instinct that there would just be this energy between us.”

Phoenix had the same instinct and Mills went along with it, accepting the idea that the first time the actors met would be on the set when Johnny arrives at Viv’s door. “A film involves so many bets and you have to push your chips in,” Mills says. “It just was like an electric shock in that first moment and hot seared this chemistry in for them.”

Hoffmann says they did multiple takes and each one taught her something new about her co-star. Finding the chemistry proved crucial because most of Hoffmann’s biggest scenes took place via phone calls with Phoenix. She praises Mills for breaking with the tradition of filming phone calls by having a script supervisor read the other character’s lines while that actor relaxed in a trailer or at home.

“Every phone called we filmed, Joaquin was on the other end for me and I was for him,” Hoffmann says. “That made a difference. Also, we’d done most of our in-person scenes first so we’d been in each other’s space, breathed each other’s smells and developed a rapport. That meant the phone scenes felt like any other part of acting.”

Mills’ notion of actors as co-authors meant that he looked to Hoffmann to ensure that the dynamic between Viv and her son rang true. “Gaby is a mom and it’s embedded in her so I could ask does this make sense and she could test drive it as a mom,” he says.

Finding the essential truth is vital for Hoffmann, who says, “I’m an instinctual actor and I’m not good enough to fake it — if I’m not feeling it I can’t do it.”

But she wasn’t putting just herself into Viv but also ideas from conversations with other women she knows. One thing that was crucial to her was ensuring that Viv was more than someone attending to the needs of her son, her dying mother, her mentally ill ex-husband. “I wanted to make sure we see Viv beyond that,” Hoffmann says, “I wanted to allow some space and time to see her deeper colors.”