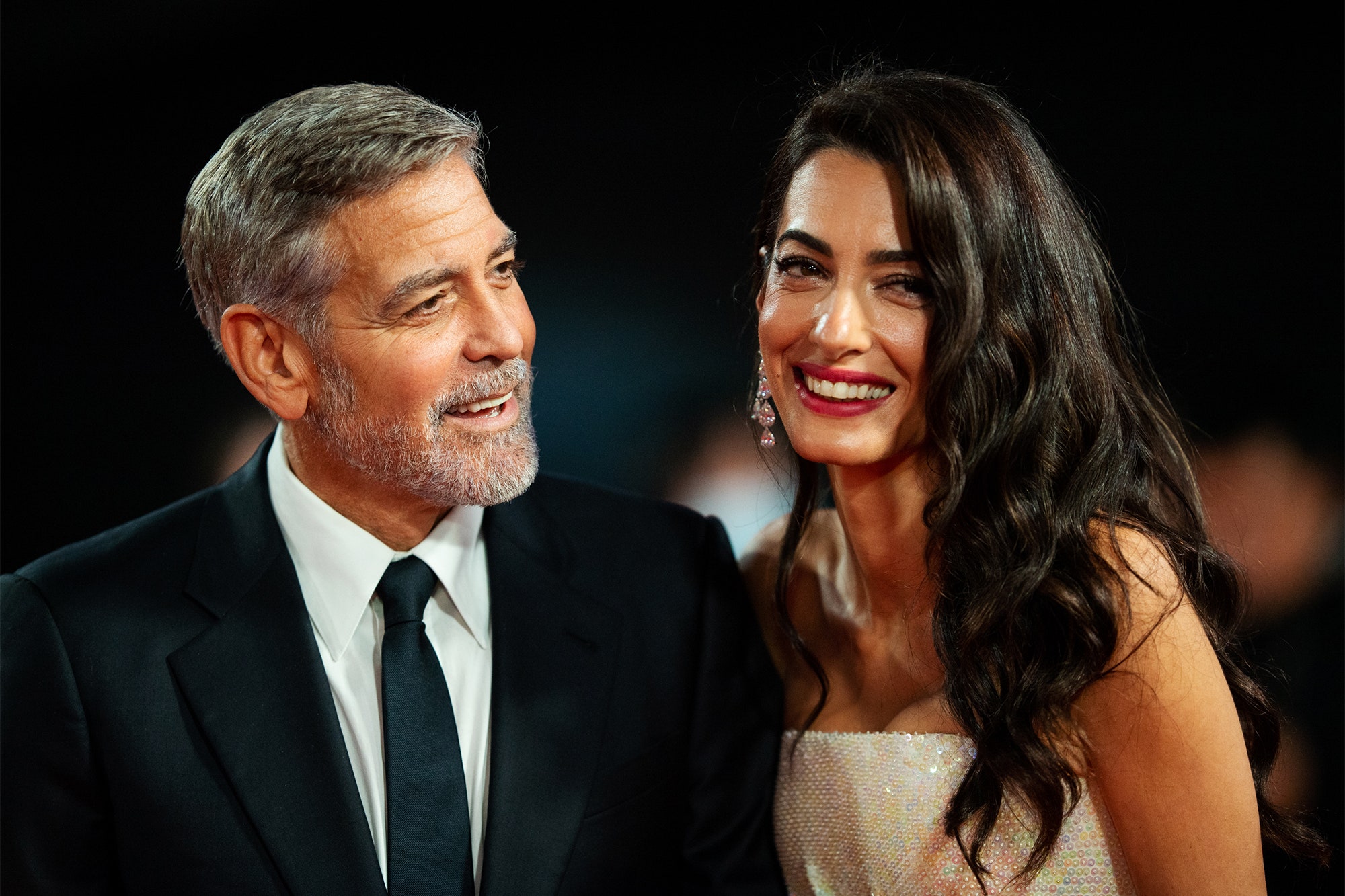 Every once in a while, one must ask, “What am I doing here? What’s the point?” It can hit completely out of the blue, like on a nice fall day, when you’ve resolved to get your life together because fall seems like a good time to do that. Sometimes it happens despite or because you’re at, say, a Dave & Buster’s. What am I doing here? What’s the point? Still other times, it happens in quiet moments when you’re, I don’t know, peeling potatoes. This is why it’s always good to listen to podcasts while you peel potatoes, so those kinds of questions can’t intrude.

For famous actor and director George Clooney it happened in the middle of the BBC’s The Andrew Marr Show. Well, the thought probably crossed his mind long before he was sitting catty-corner to the Andrew Marr. He’s clearly run through the questions a couple times because he had some solid answers about what he wants from his remaining years in this mortal coil. While he was talking about the film he directed, The Tender Bar, Marr asked him if he’d ever run for office. Clooney said, “No, because I actually would like to have a nice life.”

The cliche might be that Hollywood can’t look age in the face, but here is Clooney, a man of Hollywood, by Hollywood, for Hollywood, grabbing age by the shoulders and saying, “I’m 60, damn it.” (What he actually said about being 60 is this: “Well, there’s no [other] options except dead so I’ll take 60,” but anyway, here’s the positive gloss about it all):

I turned 60 this year, and I had a conversation with my wife, we were working a lot, as we both do, and I said, “We have to think of these as the halcyon years.” If we have our health, which we do…and I’m 60 and I can still play basketball and still do the things I love, but in 20 years I will be 80, and that’s a real number.

Doesn’t matter how much you work out, what you eat. You’re 80. And so I said, “We have to make sure we enjoy and live these years in the best possible way.”

Wow, is the wellness industrial complex okay? Tough words to hear that you can’t clean-eat your way out of the coffin. But that’s not the point. The point, it would seem for George Clooney, is to be a realist and a family man. It’s pretty nice to know that there is a person out there who has a spouse, a small brood, a healthy career, deep pockets, and multiple homes, one of which is on Lake Como, who knows what he wants and seems to be really enjoying it. He doesn’t need another feather in his cap in an industry so different from the one he found success in. He’s content. (Really seems like the problem with Matthew McConaughey then is that he’s a decade too young.)

And speaking of existential dread, Marr also asked Clooney about Donald Trump. “It’s so funny because he was just this knucklehead,” Clooney said. “I knew him before he was a president, he was just a guy who was chasing girls. Every time you went out, he’d come over and be like, ‘What’s the name of that girl?’ That’s all he was.”

See what can happen when you deviate from your obvious priorities? A mess!

— Inside Anthony Bourdain’s All-Consuming Relationship
— The Tortured History of the Royal Spare
— Behind Carolyn Bessette-Kennedy’s Timeless Wedding Dress
— Gabby Petito and the Queasy Effects of Real-Time True Crime
— The Real Housewives and the Anti-vaxxer
— Love Is a Crime: The Rise and Fall of Walter Wanger’s Cleopatra
— Shop Meghan Markle’s New York City Trip Looks
— The R. Kelly Guilty Verdict Was Nearly 30 Years in the Making
— From the Archive: Carolyn Bessette-Kennedy, the Private Princess
— Sign up for “The Buyline” to receive a curated list of fashion, books, and beauty buys in one weekly newsletter.