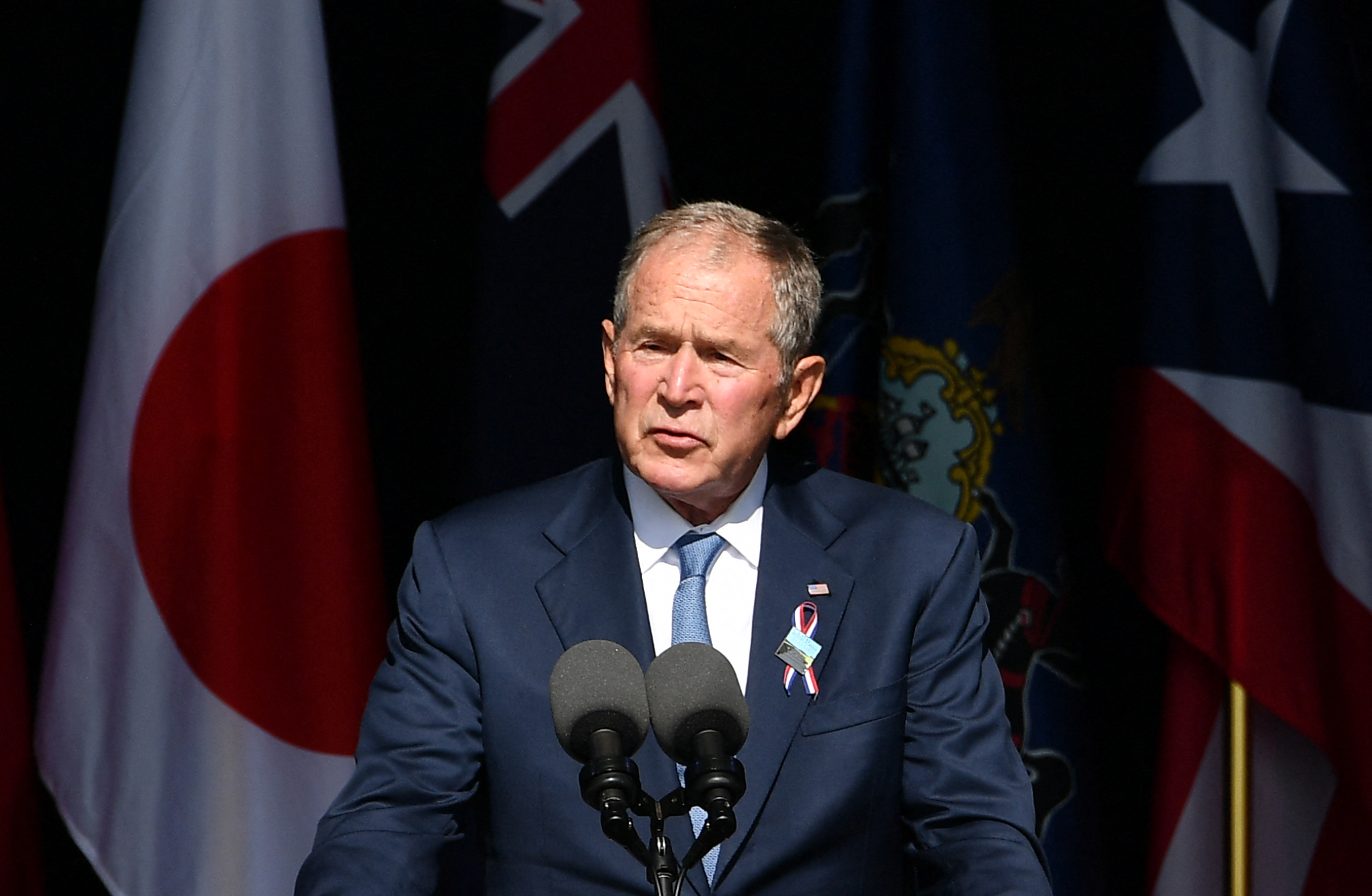 Former US President George W. Bush speaks during a 9/11 commemoration at the Flight 93 National Memorial in Shanksville, Pennsylvania on September 11, 2021. (MANDEL NGAN/AFP via Getty Images)

As a part of his speech to commemorate the 20th anniversary of the 9/11 terrorist attacks, former President George W. Bush also called out domestic “extremists” — saying they share much in common with the religious fundamentalists who seek the destruction of America for ideological reasons.

He made the comments during a somber, 10-minute address given in Shanksville, Pennsylvania, near the spot where United Airlines Flight 93 crashed that day after passengers overwhelmed several al Qaeda hijackers who had taken control of the plane.

Bush reflected on how America was able to come together following the attacks — and how that spirit of unity has seemingly evaporated in recent years.

“Many Americans struggled to understand why an enemy would hate us with such zeal,” Bush said. “The security measures incorporated into our lives are both sources of comfort and reminders of our vulnerability and we have seen growing evidence that the dangers to our country can come not only across borders but from violence that gathers within.”

“There is little cultural overlap between violent extremists abroad and violent extremists at home. But in their disdain for pluralism, disregard for human life. In their determination to defile national symbols they are children of the same foul spirit and it is our continuing duty to confront them.”

Despite the current state of American politics, Bush also made an appeal for the country to remember what it felt like to come together in the days following Sept. 11, 2001.

“When it comes to unity of America, those days seem distant from our own,” he said. “Malign force seems at work in our common life … so much of our politics has become a naked appeal to anger, fear and resentment.”

“I come without explanations or solutions — I can only tell you what I’ve seen. On America’s day of trial and grief, I saw millions of Americans instinctively grab for a neighbor’s hand, and instinctively rally to the cause of one another. That’s the America I know.”

Watch below via CNN:

More from Salon on the 20th anniversary of September 11:

Brett Bachman is the Nights/Weekend Editor at Salon.