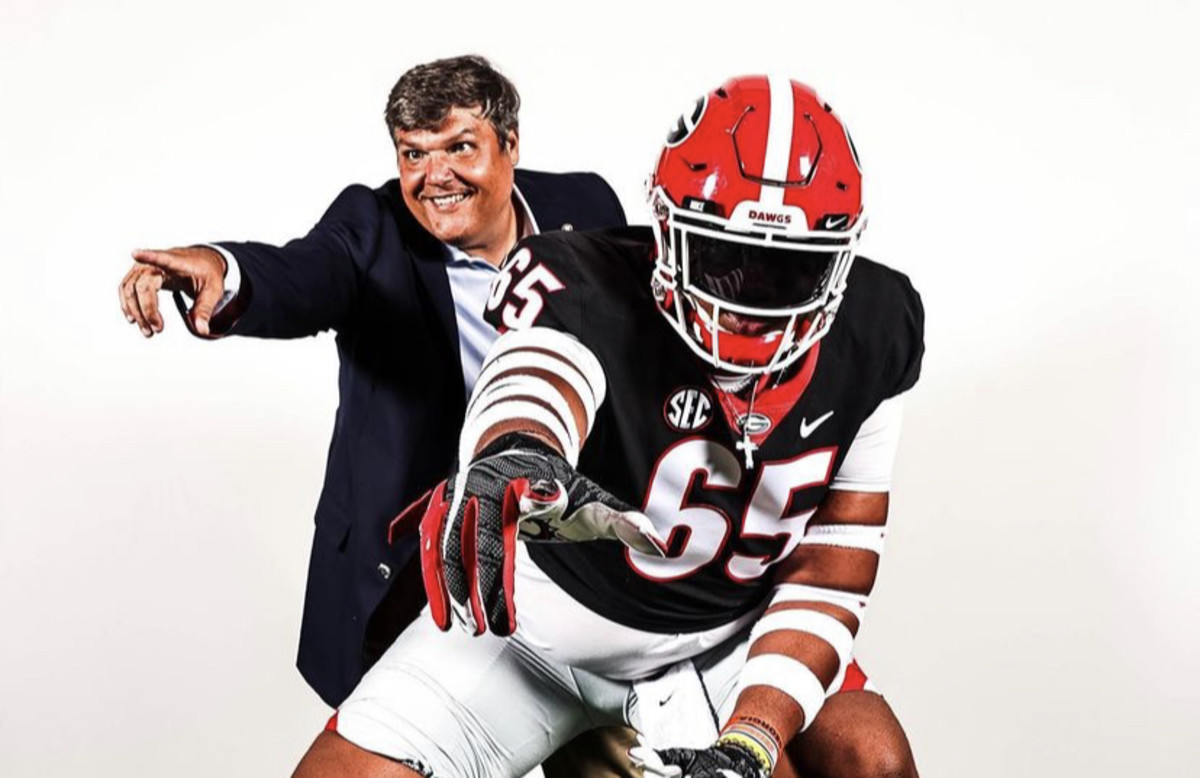 Georgia lost out on four-star offensive tackle Tyler Booker from IMG Academy to the University of Alabama.

Without a single offensive lineman committed to Georgia in the 2022 class, IMG’s Tyler Booker was a top target for the Dawgs at tackle. Instead, the four-star recruit announced Friday evening his commitment to the Alabama Crimson Tide.

That makes him another high-profile tackle joining the Tide in Tuscaloosa. The Alabama 2021 recruiting class was rated as the best class of all time by 247Sports, and a huge part of that was because of the offensive linemen included.

Alabama had two five-star tackles commit and sign with the class, one being former Booker’s IMG teammate current true freshman JC Latham. The other is Tommy Brockermeyer from Fort Worth, Tex. Those two alone were considered elite-level prospects coming out of high school.

Booker joins Qae’shon Sapp as two UGA targets that have made decisions to play elsewhere. Sapp committed to Florida State at the beginning of July and was seen as one of Georgia’s first misses in the trenches for the class. So the question now becomes: Who does Georgia pivot to?

The 6-foot-8, 330-pound Hood is one of the first names that comes to mind when thinking about Georgia’s next target. Hood is a three-star from Hillsboro, Tenn., with 22 offers from Division I programs, including Georgia, Tennessee, Ole Miss and Miami.

He is a mammoth offensive lineman and would be one of the biggest on Georgia’s roster if he were to commit and sign with the Dawgs. In an interview with SI’s Volunteer Country, Hood described himself as “hardworking, never stop, always try to be better. I am a great teammate, a great leader, and an all-around player.”

Hood is a name to watch over the next few weeks as his stock could rise following Booker’s commitment.

The four-star tackle from Columbus, Ga., already has delayed his commitment from July 2 to a later date as he will take more time to think about where he wants to go to school.

Obviously, being an in-state talent could help out Georgia in its pitch to Pritchett to stay home instead of attending an out-of-state school that may be farther from home.

Pritchett was one of the first prospects on campus in Athens when visits opened up. He was a part of the June 1 crowd seen touring facilities and meeting with the staff. However, Georgia did not get an official visit as he took those elsewhere to Alabama,  Auburn, USC, Arkansas and Florida State.

The recent commitment of Booker and the large 2021 class for Alabama on the offensive line could dissuade the Peach-State product from joining the Tide.