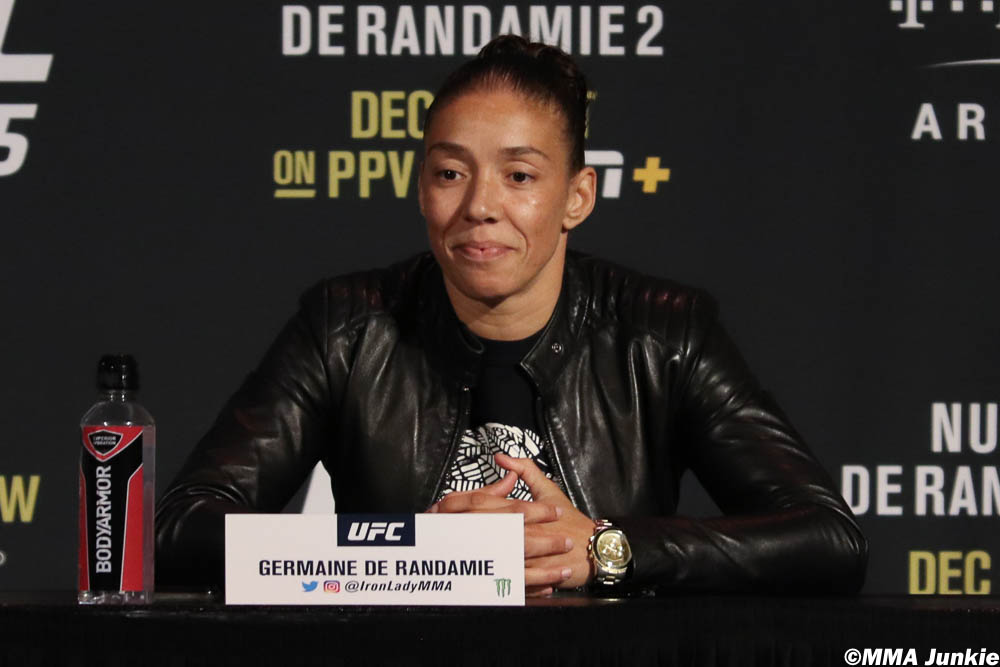 Former featherweight champion Germaine de Randamie has been forced out of UFC 268.

De Randamie (10-4 MMA, 8-3 UFC) has withdrawn from her pivotal bantamweight clash with Irene Aldana on Nov. 6 due to an undisclosed injury. It is unknown whether or not Aldana (13-6 MMA, 6-4 UFC) will remain on the card.

A person with knowledge of the matchup confirmed the news to MMA Junkie but asked to remain anonymous since the promotion has yet to make an official announcement. The news of de Randamie’s withdrawal was first reported by ESPN Deportes.

After falling short in her title quest against reigning UFC bantamweight champion and current dual-champ Amanda Nunes, de Randamie rebounded with a third-round “Performance of the Night” submission of current title challenger Julianna Pena in October. The Dutch-born fighter has won six of her past seven, including capturing the inaugural featherweight title against Holly Holm in 2017, which she was later stripped of.

Mexico’s Aldana was looking to earn her first-career title shot. The 33-year-old has won six of her past eight and is coming off a first-round TKO of Yana Kunitskaya at UFC 264 in July, a bout which she came in three-and-a-half pounds over.