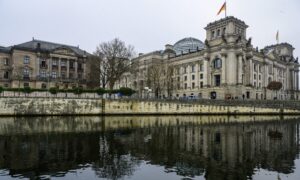 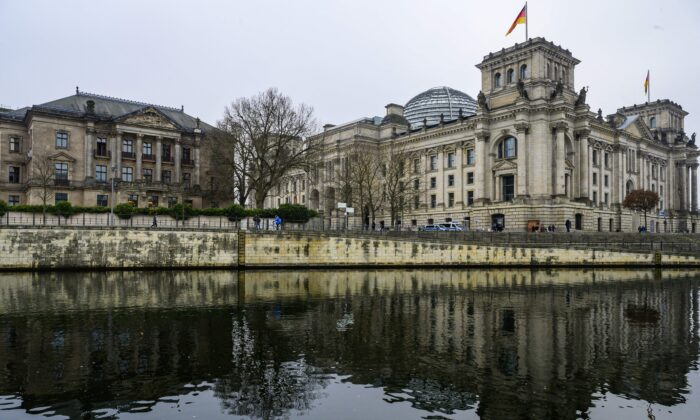 The Reichstag building (R), which houses Germany’s Bundestag lower house of parliament, and the Jakob-Kaiser-Haus parliamentary complex (L) are reflected in the river Spree in Berlin on Jan. 20, 2023. (John MacDougall/AFP via Getty Images)

BERLIN—Prosecutors brought high treason charges against five people who allegedly planned to kidnap the health minister and were prepared to kill in order to topple the German government, the attorney general said on Monday.

The group, formed in mid-January 2022, had set itself the goal “of triggering civil war-like conditions in Germany by means of violence” in the hope of overthrowing the government and parliamentary democracy, the prosecutor said in a statement.

The group had accepted that this could involve the loss of lives, according to the statement.

All five have been in custody since last year, when authorities first revealed the details of the alleged plot.

According to prosecutors, the suspects had made increasingly concrete preparations and formed two separate branches of their group, one military and the other administrative.

In a three-step plan, they wanted to cause a nationwide blackout, abduct Health Minister Karl Lauterbach, kill his bodyguards if necessary, and then call an assembly to depose the government and appoint a new leader.