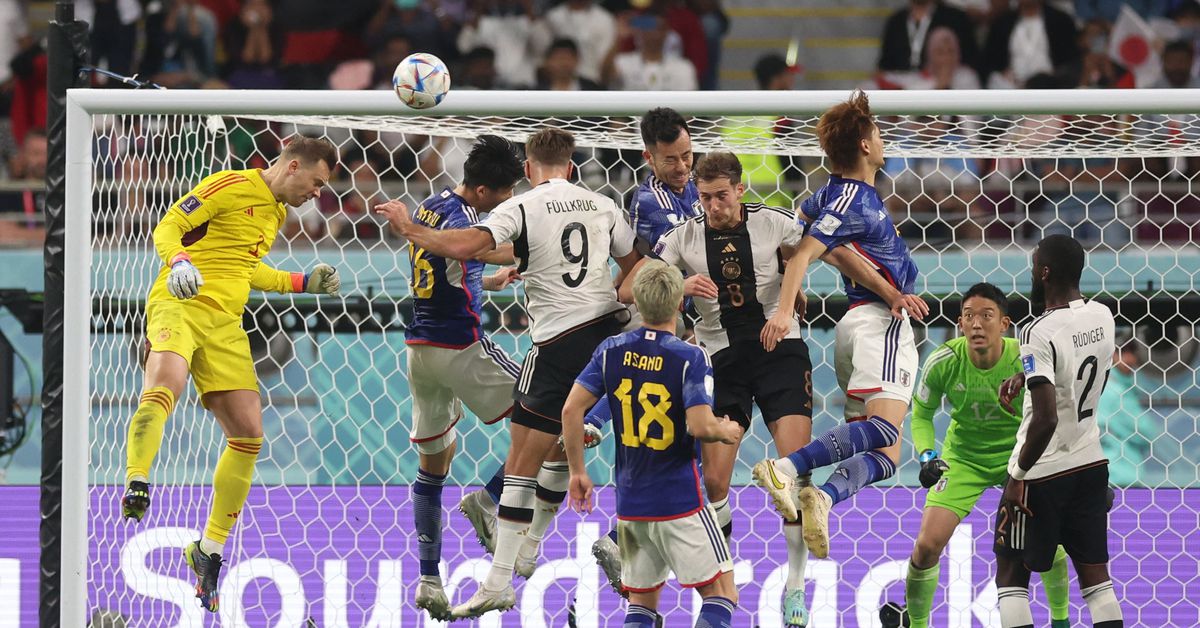 AL SHAMAL, Qatar, Nov 25 (Reuters) – Germany’s players have processed their shock World Cup opening defeat to Japan and despite bad tournament statistics in recent years they are determined to find their feet against Spain on Sunday.

Holding a 1-0 lead after a dominant first half, Germany crumbled after the break and let Japan score twice late in the game on Wednesday, earning scathing criticism from team captain Manuel Neuer and experienced midfielder Ilkay Guendogan.

The German media and pundits have not been any less vitriolic, comparing them with amateur teams. Germany have won just two and lost five of their last eight tournament matches at the 2018 and 2022 World Cups as well as at last year’s Euros.

That statistic looks even worse when the 2022 Nations League matches are included with another four draws, one loss and only one win.

“It is difficult to say that statistic is in our favour but in the past few years there was an overhaul of the team, a change of coach and news players, and that plays a role,” said forward Kai Havertz on Friday at their training base in northern Qatar.

“But that is no excuse. At the end of the day what matters are the tournaments and when you see the statistic it is 1000% too small. We have to turn things around. We are all in the same boat and know what is at stake, and we will try to improve the statistic.”

A defeat to Spain could send Germany crashing out of the tournament in the first round for the second straight time after 2018 and the players are desperate to avoid that.

“I can understand the negativity of fans and media,” Havertz said. “We know we face criticism and not everyone is behind us. But the past is the past… and it is a big game on Sunday.”

While the discussion prior to the tournament had focused on whether coach Hansi Flick would deploy a natural centre forward, Germany’s overall weak second-half performance against Japan where several players underperformed was the main talking point now.

“It was a dumb first game and now we are here with a bitter feeling. Now we are in a bad moment and that can switch quite quickly. If we win the game on Sunday it will be the turnaround for us.”