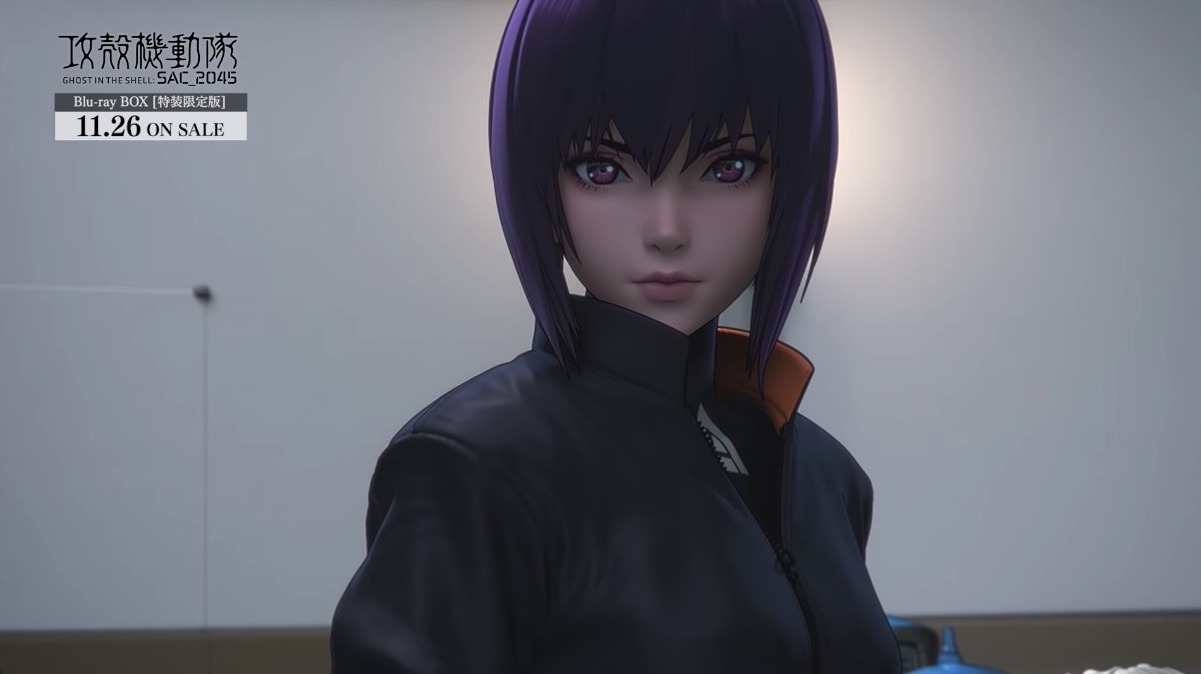 Ghost in the Shell: SAC_2045 Movie Trailer is All About Motoko

November 12 marks the premiere of the Ghost in the Shell: SAC_2045 movie, which serves as a compilation film covering the first season of the anime. While we wait for the Japanese premiere of Ghost in the Shell: SAC_2045 – Jizoku Kano Senso (Sustainable Warfare), the official Twitter account shared a trailer focusing on lead character Motoko Kusanagi and voice actress Atsuko Tanaka.

Watch as Tanaka discusses the character and check out some footage from the upcoming feature below.

When the Ghost in the Shell: SAC_2045 movie opens in Japan, it will be in just 20 theaters for a limited run of two weeks. The theatrical version will also feature a new Dolby Atmos mix of Millennium Parade’s “Fly With Me” theme song.

The anime series version of the 3DCG project originally made its worldwide debut on Netflix on April 23. Here’s how Netflix describes it:

After a global financial crisis, the world is engulfed in an AI-driven “sustainable war.” It’s up to Section 9 to counter new forms of cyber threats.