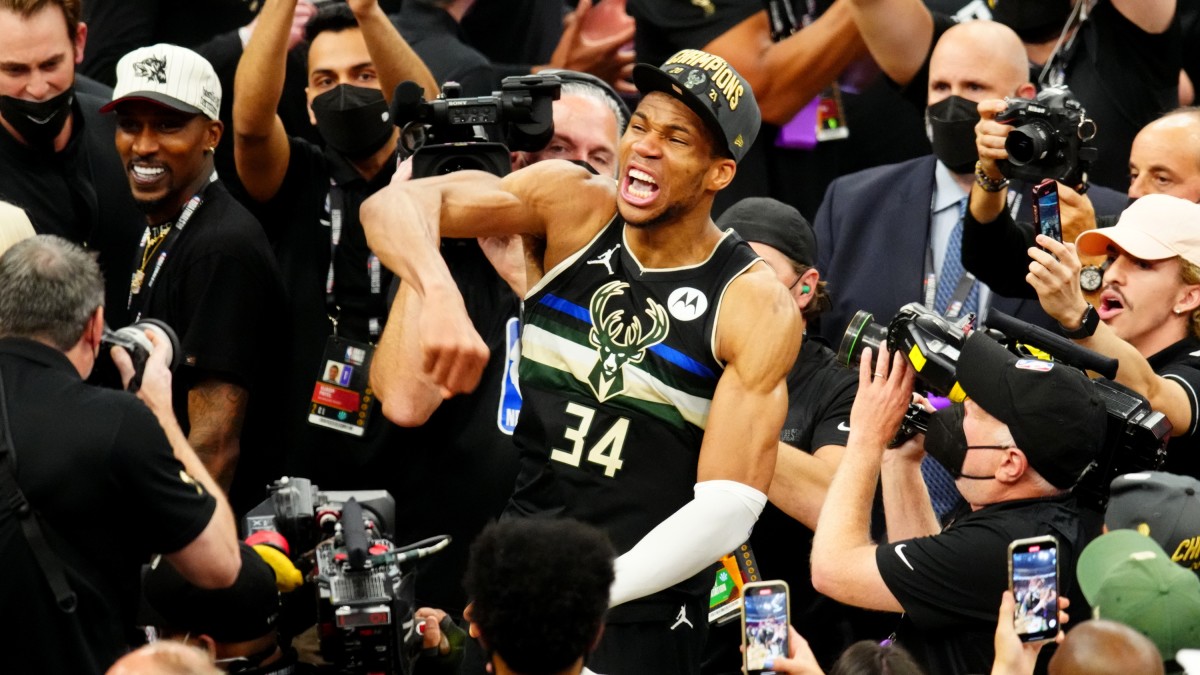 Giannis Antetokounmpo secured his first championship on Tuesday night and the Bucks’ star kept the party rolling into Wednesday morning.

Antetokounmpo rolled up to a Milwaukee-area Chick-fil-A with the Larry O’Brien Trophy in tow and broadcast his order live on Instagram. After scoring 50 points in the Finals clincher on Tuesday, his order at the popular fast-food chain was a fitting one.

Antetokounmpo’s antics didn’t stop with his breakfast order. He started a “Bucks in 6” chant as he went through the drive-thru line, and he celebrated with fans that ran up to his car. Antetokounmpo is arguably the most unlikely Finals MVP in league history and his championship celebration might be the most earnest.

We’ll see if Antetokounmpo is able to get any rest before the Bucks’ championship parade on Thursday. Until then, Antetokounmpo will enjoy a well-earned victory meal after one of the best Finals performances in recent memory.