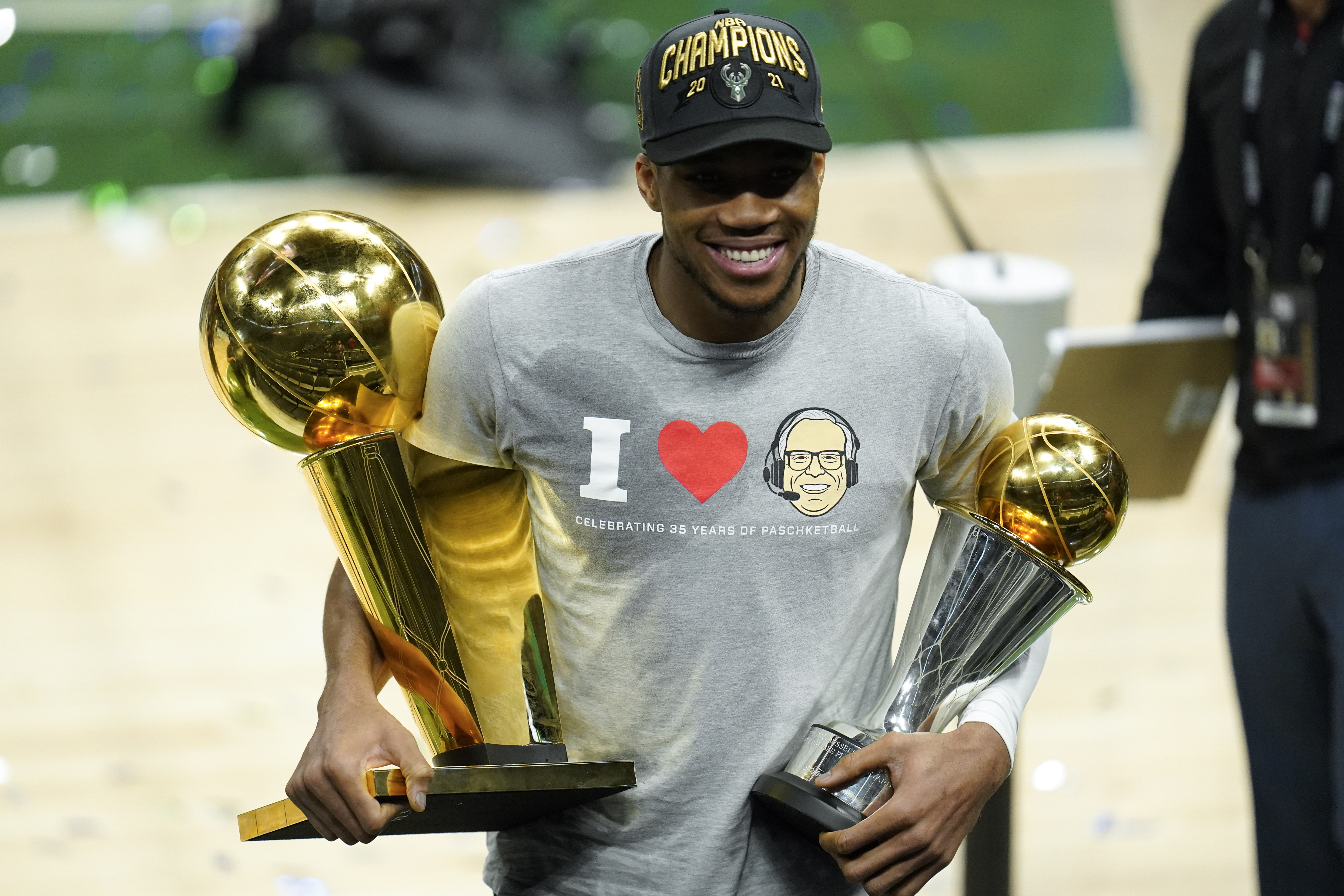 After leading the Milwaukee Bucks to their first championship since 1971 and being named NBA Finals MVP on Tuesday night, Giannis Antetokounmpo justified the path he chose this offseason.

According to ESPN’s Tim Bontemps, Giannis said the following when asked about signing a supermax contract extension with the Bucks last year: “I couldn’t leave. … I wanted to get the job done.”

Per Bontemps, Giannis added: “I could’ve gone to a superteam … but this is the hard way to do it, and I did it.”

Antetokounmpo lit the Phoenix Suns up for 50 points and 14 rebounds in Tuesday’s 105-98 win in Game 6 of the NBA Finals, sealing Milwaukee’s championship and his own NBA Finals MVP award.

After the Bucks’ playoff failures in the previous two seasons, there was a school of thought that Giannis would skip town, form a superteam elsewhere and attempt to win championships that way.

It has become commonplace in the NBA for star players to link up in the name of winning titles, starting with LeBron James, Dwyane Wade and Chris Bosh coming together to win two championships with the Miami Heat.

The Golden State Warriors did it when Kevin Durant joined a team that already had Stephen Curry, Klay Thompson and Draymond Green—and had already won a title. That decision yielded two more championships.

The latest example resides in Brooklyn, as the Nets signed both Durant and Kyrie Irving before the 2019-20 season and traded for James Harden during the 2020-21 campaign.

Giannis could have gone that route and perhaps had an easier time winning a championship, but he decided to stay with the franchise that believed in him from the start after selecting him with the No. 15 overall pick in the 2013 NBA draft.

The 26-year-old superstar showed gradual progression throughout his career, making his first All-Star appearance in 2016-17 and then winning the NBA MVP award in both 2018-19 and 2019-20.

Even so, Giannis and the Bucks stayed the course, and the front office added to the core of Antetokounmpo and Khris Middleton by acquiring guard Jrue Holiday in a trade with the New Orleans Pelicans, signing both Bryn Forbes and Bobby Portis, and trading for P.J. Tucker during the season.

There was some doubt whether those moves would be able to put the Bucks over the top, especially with teams around them such as the Nets making even bigger headlines after trading for Harden.

The Bucks got past KD, Kyrie and Harden in the second round of the playoffs, though, and overcame Giannis missing two games due to injury in the Eastern Conference Finals against the Atlanta Hawks to make it all the way to the NBA Finals.

Milwaukee lost the first two games of the NBA Finals, but Giannis took over, averaging 35.2 points, 13.2 rebounds and 5.0 assists in six Finals games.

Winning a championship in any way is meaningful, but the fact that Giannis did it with the team that drafted him and brought the Bucks their first title in 50 years made it even more special.