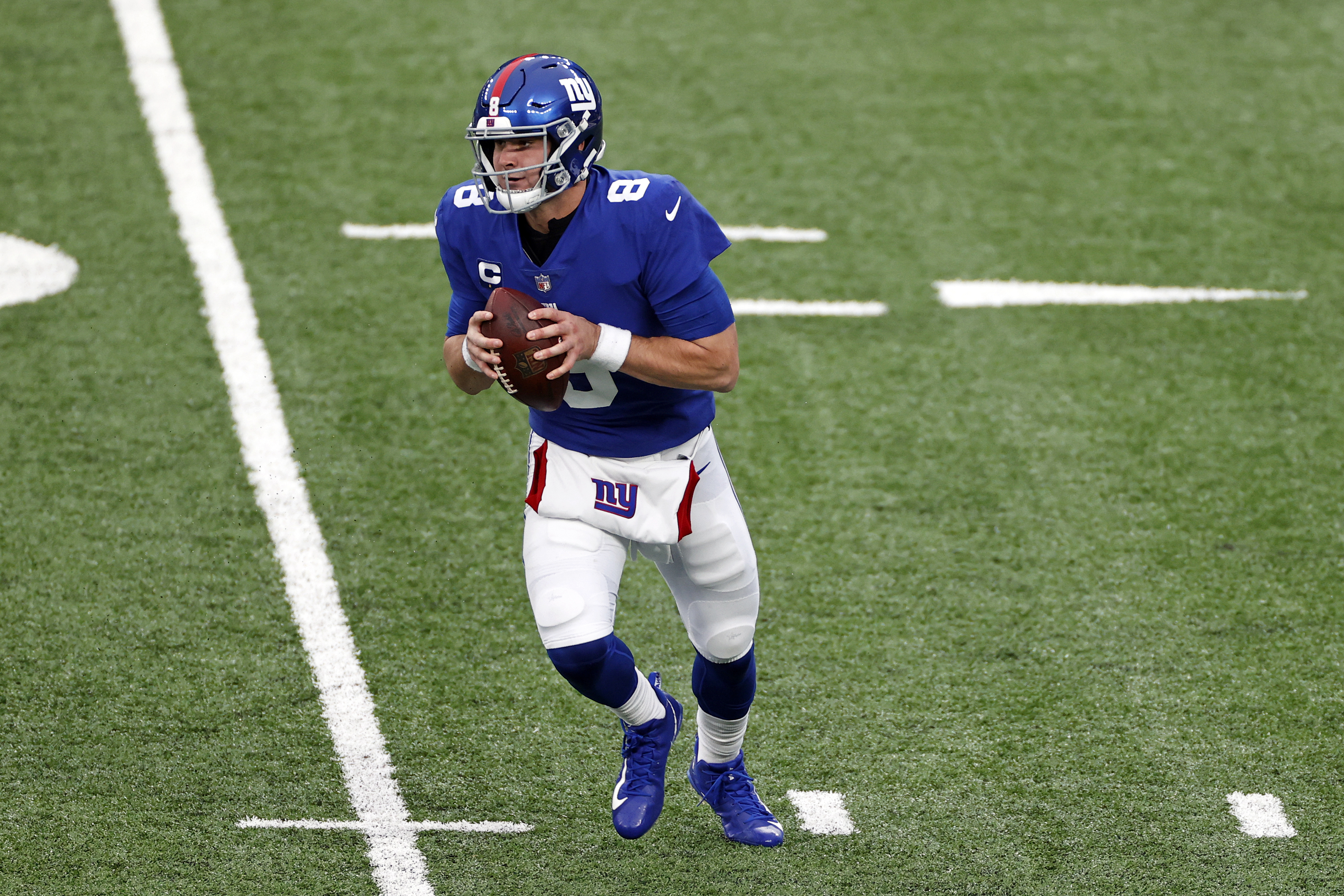 While there are several quarterbacks who are reportedly open to moving on from their respective teams heading into the 2021 season, New York Giants general manager Dave Gettleman is publicly putting his faith in incumbent starter Daniel Jones.

On the talk of Russell Wilson and Aaron Rodgers wanting out of their respective situations, Gettleman on @WFAN660: “You explore everything. We believe in Daniel.”

Says he doesn’t want to talk in hypotheticals. Slightly beyond the “none of my business” response the other night.

Aaron Rodgers has reportedly told people within the Green Bay Packers organization that he does not want to return to the team, while Russell Wilson has been open about his frustration with the Seattle Seahawks and supposedly went so far as to give the team his list of preferred trade destinations.

But Gettleman’s insistence that Jones is the guy for New York isn’t new. In March, as Jared Goff, Matthew Stafford and Carson Wentz all changed teams, he said the Giants “really believe” Jones was the best player to lead the team.