Giants Rumors: Brian Flores Would Have NYG Job ‘At or Near the Top of His List’

Home /Sports/Giants Rumors: Brian Flores Would Have NYG Job ‘At or Near the Top of His List’ 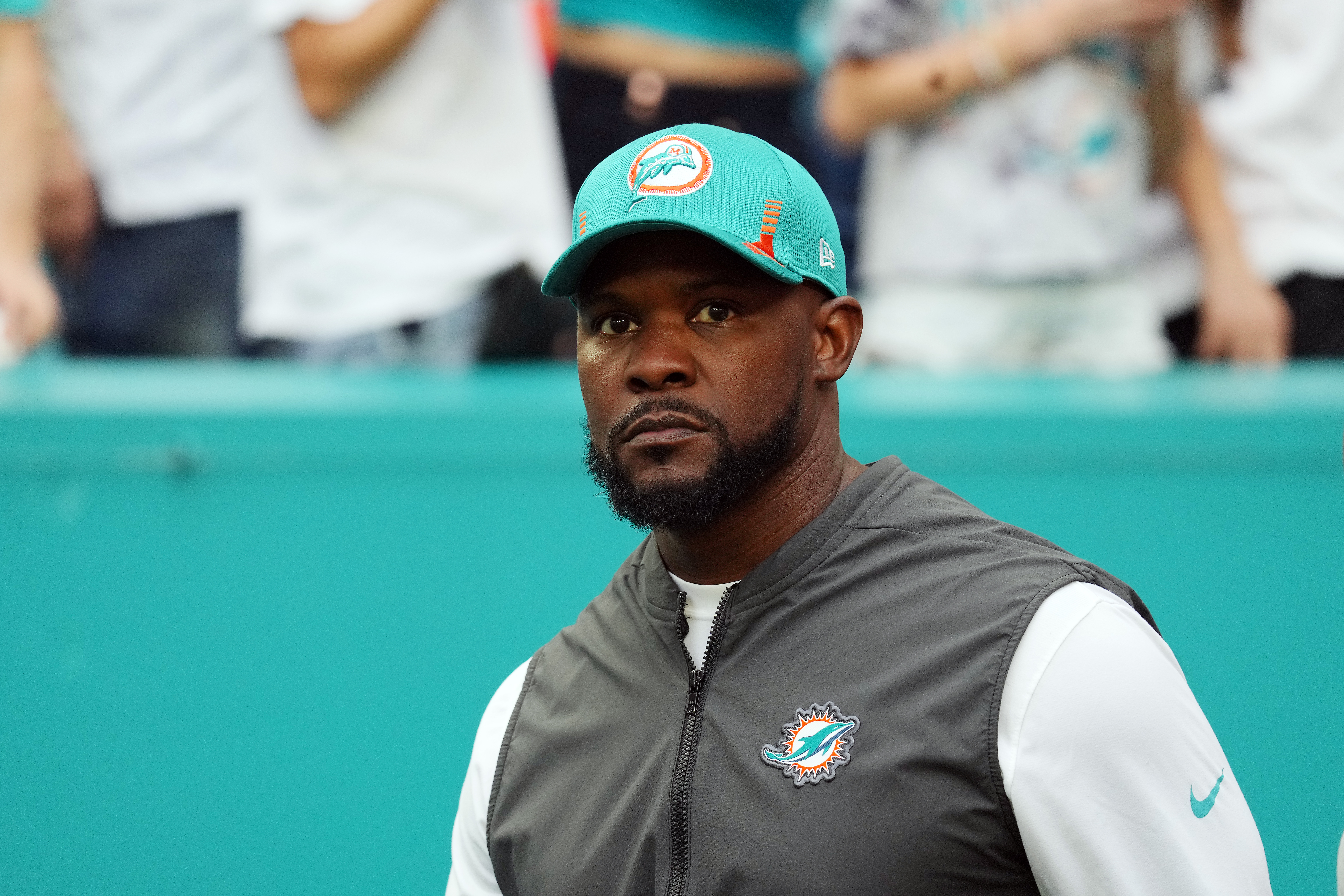 It appears former Miami Dolphins head coach Brian Flores is hoping to stay on the East Coast for his next coaching gig.

Flores, a Brooklyn native, would replace Joe Judge if he were to head to New York. The Giants fired Judge on Tuesday after two seasons. He compiled a 10-23 record.

Flores, meanwhile, was fired by the Dolphins on Monday after three seasons. It was somewhat of a surprise after he had led the team to two straight winning seasons for the first time since the 2002 and 2003 seasons.

The 40-year-old went 24-25 in Miami, and everything appeared to be going smoothly, but things reportedly weren’t what they seemed. Before he was fired, Flores reportedly wanted more authority over general manager Chris Grier, according to Barry Jackson of the Miami Herald, and wanted more people to report to him.

In addition, Jackson reported some players thought Flores was arrogant, had a “bristling personality” and was hard to approach. Michael Lombardi later reported on the GM Shuffle podcast that there was a rift between Flores and quarterback Tua Tagovailoa. Flores reportedly made it known to Tagovailoa that he would have preferred New England Patriots rookie Mac Jones as his QB.

However, it’s important to note that Lombardi has since walked back on those comments via social media.

I misspoke on the pod–and those were my words for Flores, not his. https://t.co/DgQ2JuHwpD

NFL Network’s Ian Rapoport also reported there was built-up frustration between Flores and Grier, and team owner Stephen Ross decided to side with his general manager, parting with the head coach instead.

In addition to the Giants, Flores has also been linked to the Houston Texans and is expected to generate plenty of interest around the league. The Denver Broncos, Jacksonville Jaguars, Minnesota Vikings, Las Vegas Raiders and Chicago Bears are also looking for a head coach.

The Giants will not hire a new head coach until they have filled their vacant general manager position, Mara said in a statement earlier this week. The new GM will lead the team’s head coaching search.