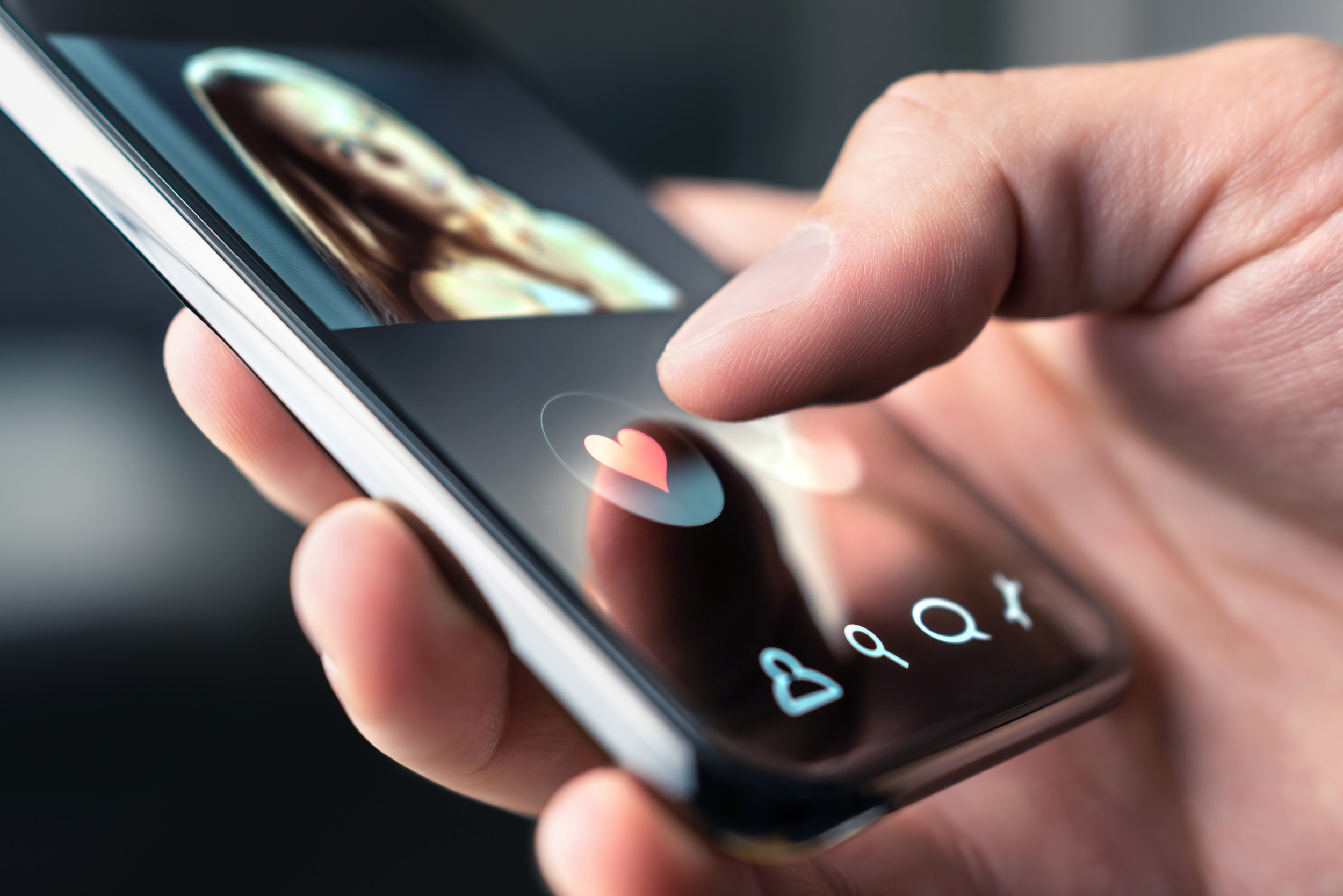 A girlfriend claims she caught her man looking at photos of other women on his phone, after holding up a mirror to see what he was scrolling through.

Tiffany shared a clip to her TikTok account, @tiffanykristenxo, showing herself lying on a bed opposite her boyfriend.

Initially it appears to be a normal scene of domestic bliss, but Tiffany, thought to be based on the West Coast, has a handheld mirror balanced on her feet.

It captures her other half’s phone screen, as the reflection shows him scrolling through photos of scantily-clad women.

“What are you looking at?” she quizzes him, as he replies: “Cars.” Delving deeper, she follows up with: “What kind of cars?” He responds with “exotic cars,” to which she replies: “You into exotic cars now?”

“Yeah, always wanted one. Thinking of getting one, car’s getting old,” he continues. Possibly trying to catch him out, she asks to see the car, with the reflection seeing him quickly change tabs to a blue vehicle, which she shows her.

As soon as he’s back looking at his phone screen, he flicks back to the photo of the woman in a bikini, as Tiffany zooms in on her.

But she appears to call him out, as she says: “Wow that one in red’s really nice.” He immediately turns around and sees the mirror, as Tiffany adds a sound effect on top of the video, which turns black and white.

The clip, which can be seen here, has been viewed more than 15 million times since being uploaded last week, as Tiffany captioned it: “What should I do guys ?”

She added the hashtags “#cheater” and “#cheatersgetcaught,” while she also wrote “#comedy,” suggesting the video may be a prank.

Whether real or staged, the incident sparked a fierce debate in the comments over what constitutes cheating.

Lupmata51 wrote: “For everyone saying it’s not cheating you’re right but he obviously knows he’s being disrespectful otherwise he wouldn’t be hiding it and lying about it.”

Danielle Estes thought: “Someone who lies that easy is a no-go.”

“For the people saying it isn’t cheating, for some people it is. Different people have different boundaries and thing they consider cheating,” @Sunfl_werr pointed out.

Megan Anne commented: “Omg the way you kept your composure. My blood was boiling for you. Lusting is the same as cheating I said what I said.”

Although Zero asked: “Am I the only lady in these comments that doesn’t mind if my husband looks at stuff like this?”

As pointed out, the boundaries in every relationship are different, and what constitutes cheating for one couple may be acceptable to another.

Emotional relationships, and even “micro-cheating” are terms that have been used to explain complex liaisons.

Covering online activities, they explained: “This is infidelity committed through sexts and chats. It may stay online and never reach the point of sexual intimacy. This type of affair might also include the viewing of pornography. Some people consider that act itself to be a form of infidelity.”

Tiffany shared a video update with followers a few days later where she hit her boyfriend with a pillow, captioned: “Sorry guys I couldn’t break up with him ! I love him.”