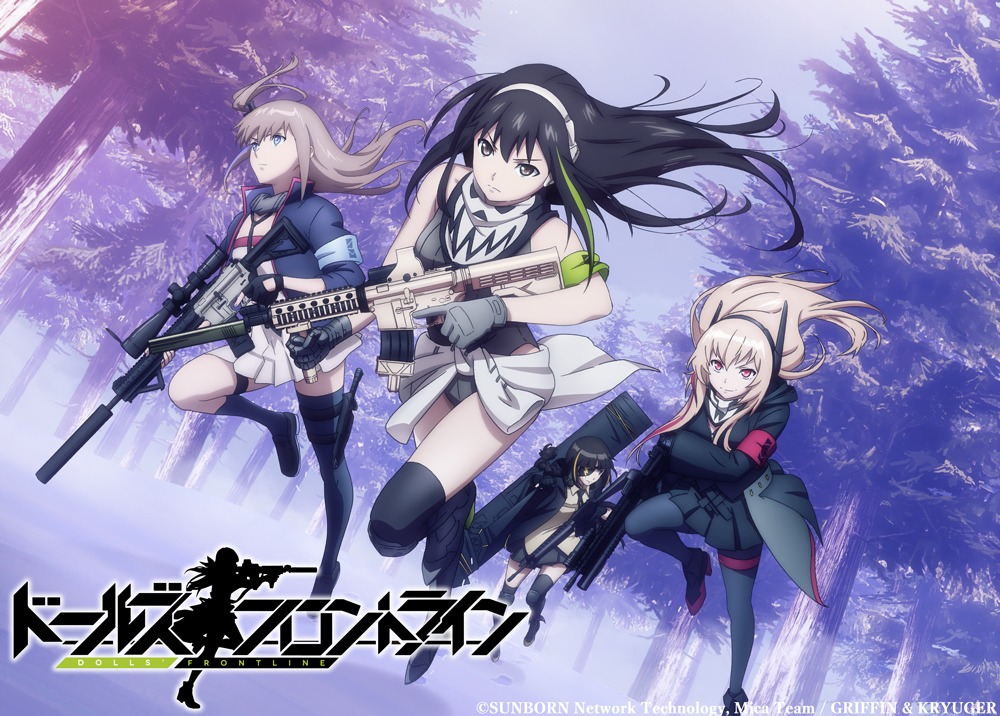 The Girls’ Frontline anime, which is based on the smartphone game, will come out in January 2022. This and more was announced in its new trailer, which also lets us hear the ending theme song “HORIZON” being performed by TEAM SHACHI.

You don’t hear it in this trailer, but the opening theme song is “BAD CANDY” by yukaDD. The anime was meant to come out in 2021, but with so many things getting thrown off because of COVID, being bumped back is common now.

The anime is being directed by Shigeru Ueda of Peach Boy Riverside. The task of series composition and scripts goes to Hideyuki Kurata of Made in Abyss. Character design is being done by Masaki Yamada, who previously worked on Deadman Wonderland and Tiger & Bunny. It’s being produced by Warner Bros. Japan, with Asahi Productions taking care of the animation. Credit for original story goes to Sunborn Network Technology and Mica Team.

The original game has this official description:

War has plunged the world into chaos and darkness, and the responsibility of restoring order falls onto those of us who have survived.

Now is the time to revisit your past. Make use of your gift in tactics and command your T-Dolls in the struggle to unveil the far-reaching conspiracy that permeates the world.

For the sake of mankind and our future, join us…