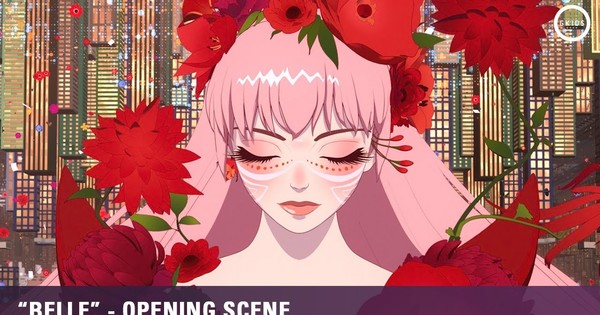 GKIDS will begin screening the film in U.S. with subtitles, English dub on Friday

GKIDS‘ official YouTube channel began streaming the opening scene as well as a clip from the English dub of Mamoru Hosoda and Studio Chizu‘s new BELLE (Ryū to Sobakasu no Hime, literally “The Dragon and the Freckled Princess”) anime film on Monday and Tuesday.

GKIDS will begin screening the film in English and in Japanese with English subtitles in the U.S. on January 14. There will be IMAX previews in select theaters beginning on January 12. GKIDS screened the film at the Anime NYC 2021 event in November.

The English original soundtrack for the film will launch worldwide outside Japan on various digital services on January 14. BELLE opened in Japan on July 16. The film had IMAX screenings in 38 theaters throughout Japan. This makes BELLE the first of Hosoda’s films to have IMAX screenings.

The film has earned a cumulative total of 6.53 billion yen (about US$56.9 million) as of December 12. The film is Hosoda’s highest-grossing film. MX4D screenings for the film opened on October 22.

France’s Cannes Film Festival first screened the film in the festival’s Cannes Premiere section on July 15. It marked the first Official Selection at the festival for Hosoda. (The director’s previous Mirai film screened at the Directors’ Fortnight, an independent section held in parallel to the festival, in 2018.) The film had its North American premiere at New York Film Festival on September 25. Wild Bunch is distributing the film in France and launched the film on 230 screens on December 31.

Hosoda (The Girl Who Leapt Through Time, Summer Wars, The Boy and The Beast, Mirai) directed and scripted the film, and is also credited for the original work. The film marks Studio Chizu‘s 10th anniversary. Taisei Iwasaki (Blood Blockade Battlefront, Dragon Pilot: Hisone and Masotan, The Naked Director) is the film’s music director and composer.